From The Waterfall To The Town Square…A Busy Day In Mazamitla Mexico.

First off I have been negligent in welcoming the new followers to the blog for several weeks now,so welcome to the Happy Campers..Ruth..Rod and Connie..Fred and Wilma…Jake and Barb…and Pharmbouy,who’s own blog from last season,I've been using to research new places to visit here in Mexico.If I have missed anyone else I apologize.

I have to also apologize to my trusty steed in yesterdays post as I misspelled his name.Its Chorizo,not Choriso. 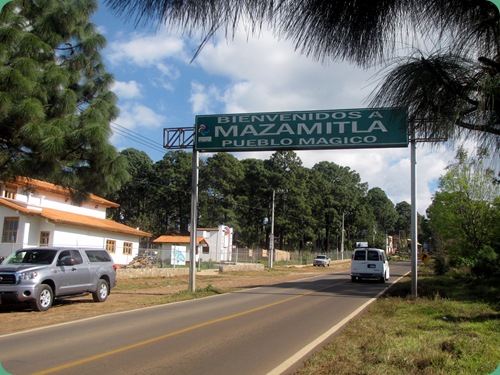 Carrying on from yesterdays trip to the falls,I want to show you around this pretty little Colonial town with its (strange to Mexico) architecture.At least I've never seen anything like it.

Berragan,Mexico’s greatest architect,fell in love with this town,calling it a place where simple things can be splendid.

This is the church in the main plaza…Note the oriental look. 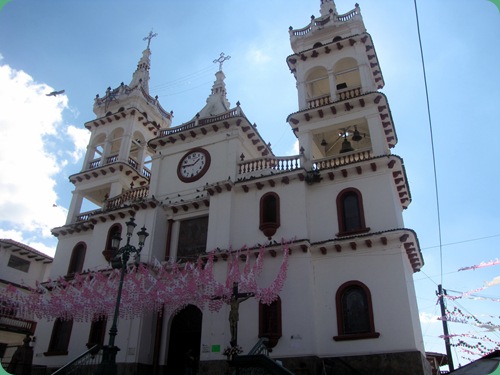 The centro plaza is the place to be in Mexico’s cities and towns.I just enjoy the ambiance. 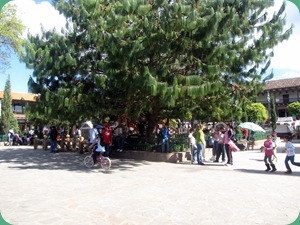 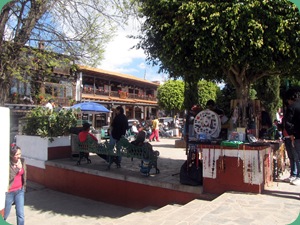 I spotted a fellow taking his girl friends photo on the bandstand and asked him to take a photo of me. 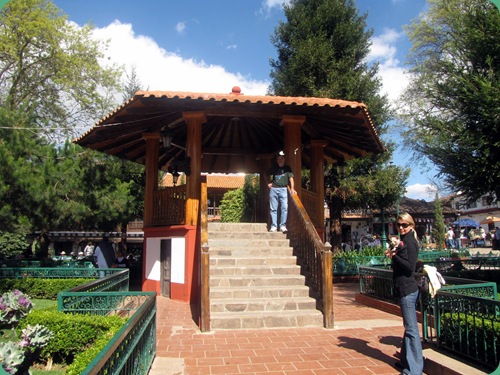 And this is what I got,making sure his girlfriend was in the picture too.Hey! she looks better anyway than a 73 year old grouch.He did take a close-up of me first, but I thought that was a cute move.

Here are some of the buildings around the central plaza.Note the architecture,which is why Mazamitla is called the Switzerland or Austria of Mexico,taking in the fact that its high in the forest covered mountains,and much of the construction uses wood, and all the buildings are painted white.In fact I've seen whole wood houses here,which I don't think you would see anywhere else in this country. 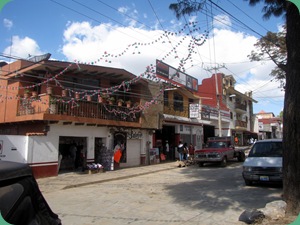 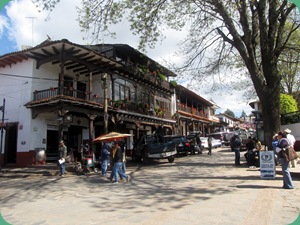 Sort of an oriental flavor thrown in for good measure. 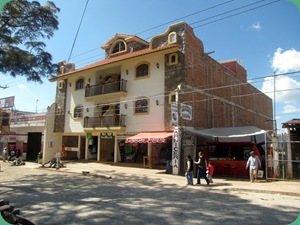 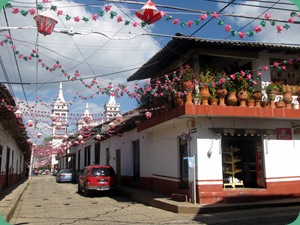 The back of the church. 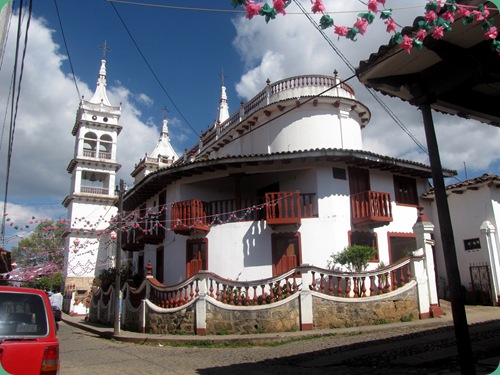 And here below is a nice little downtown home tucked away behind a nice iron fence. 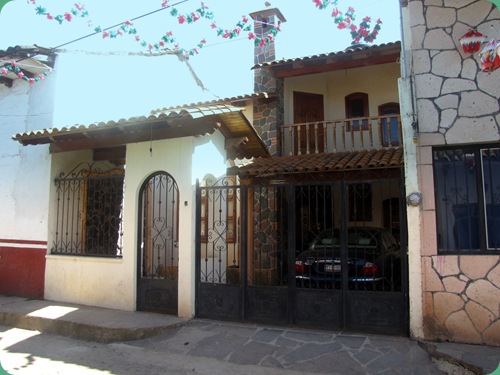 It was now late afternoon and I was getting tired and had missed lunch,so as I was heading back to the truck parked at the edge of town when I spotted 2 familiar faces sitting at an outdoor eating spot having some liquid refreshment.It was my next door neighbors at the RV park. 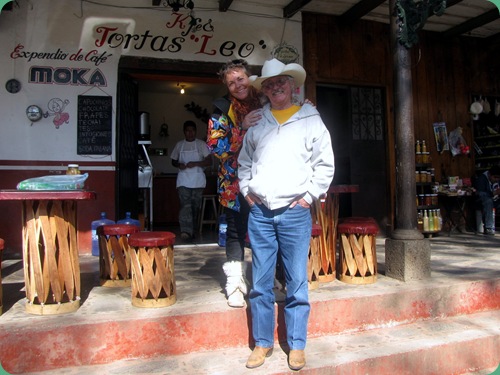 Americans, Rob and Kathy Gillin,great people to talk to.They have spent quite a bit of time in Mexico and Kathy is fluent in the language.We sat and chatted for awhile then they drove me back to the truck.

As I was driving back through a small village I spotted them stopped at a little Chinese restaurant.Kathy had checked out the place and found it to be clean and they were making the order fresh from scratch as she watched,so I left telling her to let me know how it was for future reference.

I had just settled back into the trailer when Kathy showed up at the door with a big plateful for me…..AND IT WAS SO GOOD!….Poor Rob,I wonder if he got short changed on his supper.

A final note.You may notice that you don't see any mountains in the picture backgrounds because the town pretty much sits at the top of a forest covered mountain at over 2200 meters.(7218 ft)

Posted by Wandering Willy at 2:49 AM