I Saw A Lot Of Pink Rocks Yesterday….And Took About 100 Photo’s.

Lets back up a bit to Tuesday when I left Provo Utah to travel down to Panguitch.It was just a nice easy half days drive.Below is the 7910 ft pass behind me as I climbed over to this valley from Interstate 15. It sure is beautiful country. 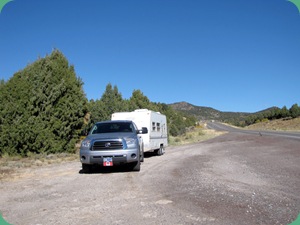 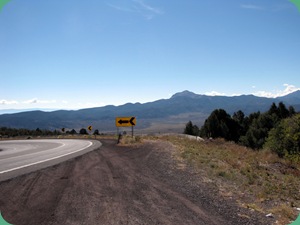 Then 20 minutes later down in the valley I arrived at the Paradise RV Park. Far from looking like its namesake,but for $12.50 a night with full hookups and wifi……Who’s complaining. I wouldn’t want to be in here if it was crowded,but like this its great. 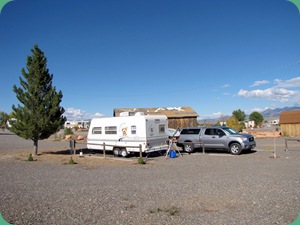 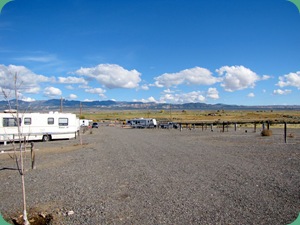 Panguitch is just a small service town just down the road a mile.I love the wide un-busy streets,and hey!…My card worked at the gas pumps…..That says it all. 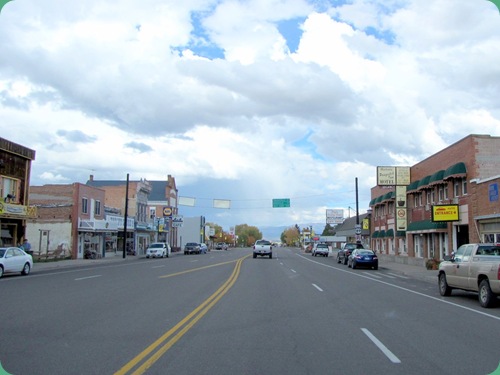 Yesterday morning after waiting for the frost to melt off my windshield,yes we are at 6500 ft..I guess I can’t complain….I set off for my day of touring…As Bryce Canyon National Park is only 21 miles away,that was my choice.And will be my only National Park this trip. 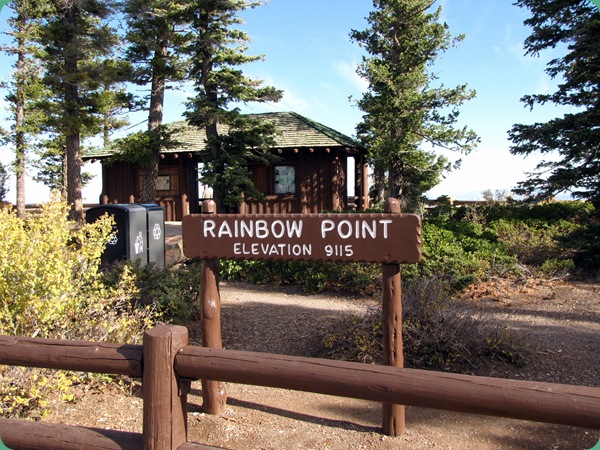 Anyway, to get there you drive through the Dixie National Forest. 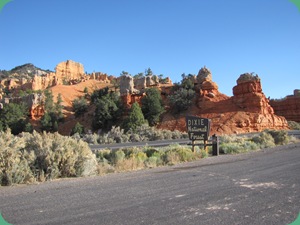 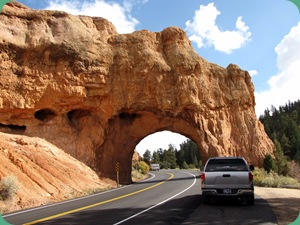 The park entry fee was $25.00 and good for a week.To me it was worth it for a day.I’m not going to bore anyone with a bunch of photo’s as you can go on line and see all you want,so I will just tell my silly little story with a few shots to break up the print monotony.

The advice was to drive the 17 or so miles to the end of the park then on the way back go into each viewing area as they would all be on the right.The first stop was the previous picture with the altitude sign and it was here that I wanted to do a small hike and see one of the bristlecone pine trees.I’ve always wanted to see and touch a bristlecone pine.The hike was one mile return but at this altitude,even on the level,heavy breathing was the norm.

Wonderful pathways for hiking.The temperature at this altitude was in the low 50’s but was warm in the sun.If you leaned over the edge of the cliff,you would pick up a nice cold wind.Not so nice. 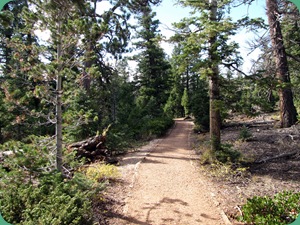 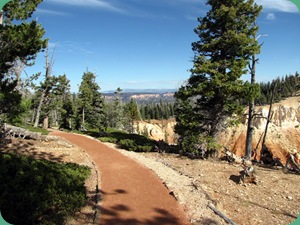 Finally the end of the trail,an outcropping looking down about 1000ft,where I got my picture taken.And the bristlecone pine got its picture took too. 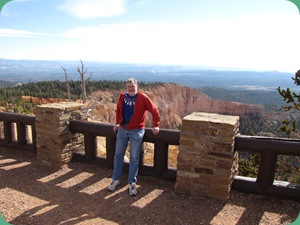 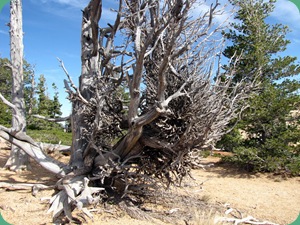 No its not dead,….Neither is the clown on the left.The tree is 1600 years old and is still alive…..So is the clown at the left……For now but he’s only half that age….or at least feels like it sometimes. 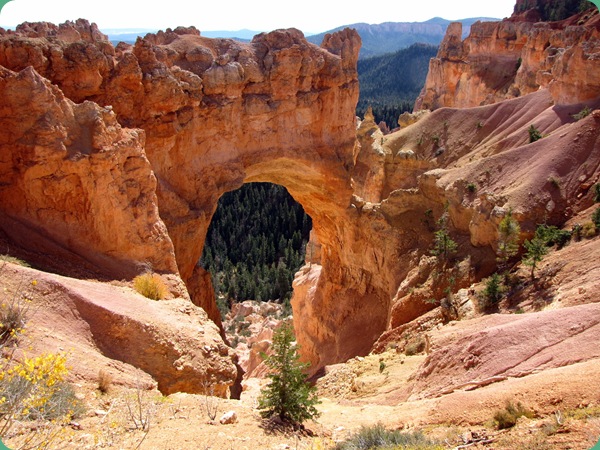 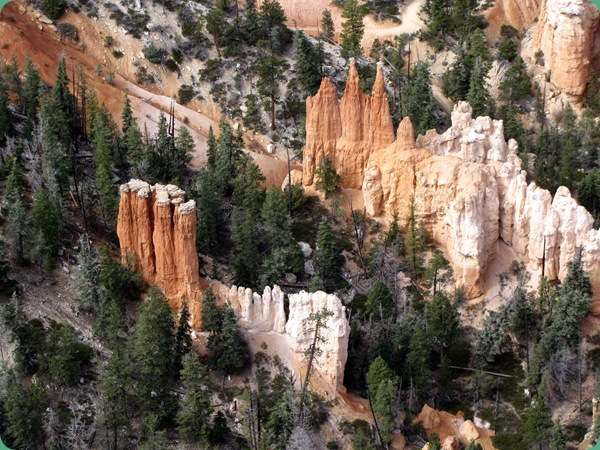 It was a nice crowd today.People were always happy to take your picture and I did the same for others.I thought for awhile that I was going to learn Chinese,as it was the predominant language,with a few Europeans thrown into the mix. No 2 license plates in the parking lots were the same.

The only horses asses that I witnessed were 2 young German couples being boisterous and making fools of themselves,balancing themselves along the top of the guard rail with the 1000 ft drop.

One thing I found a little disturbing was this young raven who was so tame that it walked right up to me looking for food. 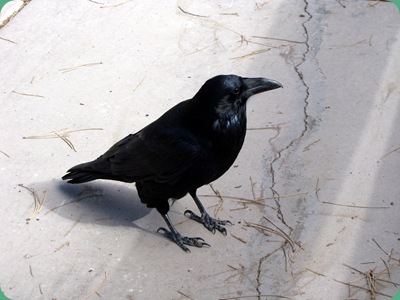 Maybe I'm wrong but I would say that this bird is only a few months old and really doesn’t know how to fend for himself and when the snow starts to fly in a few weeks time,he may not have the sense to do the same thing and end up starving to death.

Just like the animals in the park,they warn us not to feed them as they will not learn to fend for themselves.I’ve seen enough ravens at home and have never seen one this tame.

So with 2 final shots we end our little tour with a stop at the Visitor Center…below, where I can now say….Been There…Done That…..Bought The Tee Shirt…..You see I always do things backward by doing the visitor center last. 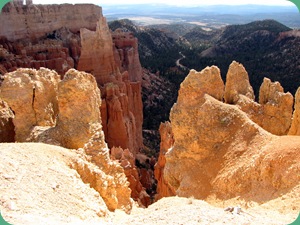 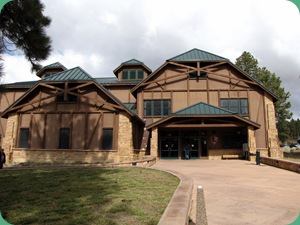 One final note,I took several side by side photo’s and hope to try my luck at panorama shots.

Oh! And here’s a little quiz……..What form do you see in this rock?……Do I see butt cheeks? And a pointy bicycle racers hat?….You be the judge. 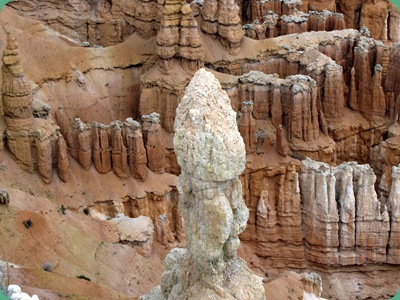 Posted by Wandering Willy at 3:13 AM