A Day of Discovery In Coastal Bend Country

This past week Ivan and I decided to take a little round trip up island and see what there was to see, with no specific agenda.First,after crossing a small waterway,we found that we were now on Mustang Island headed for the resort town of Port Aransas,an area with several RV parks and one State Park,which we checked out for future reference.Then we took a small ferry ride back to the mainland over to Aransas Pass. 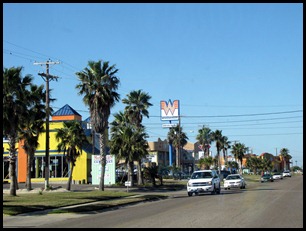 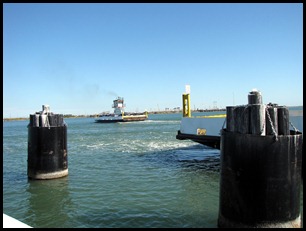 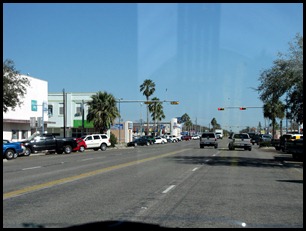 And up through the towns of Rockport/Fulton,(no pic’s) but another pretty resort area, only a little larger,and a spot I would seriously consider for next winters hunker down time.The area has many nice looking RV parks,most with an abundance of shade trees.

Then it was over the causeway and bridge across Capano Bay to Goose Island State Park for another future reference look-see.

A thing of note,due to the local terrain,everywhere you travel in this coastal area,you travel over dozens of bridges and causeways like this,and there just seems to be no end to the spots where you can pull off along the shoreline of the many bays and waterways.Having a boat in this part of the world,I would say is a must.Even many of the newer homes just about everywhere you look have waterways and boat docks at their back door instead of a dusty laneways like most places. 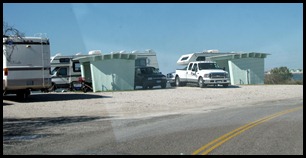 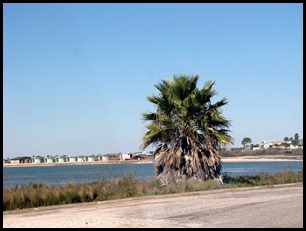 The Goose Island State Park campground was almost full.It has two camping areas,one back in the woods,very private where you cant even see your neighbour,or like the photo above and on the right,out along the beach with a beautiful view. 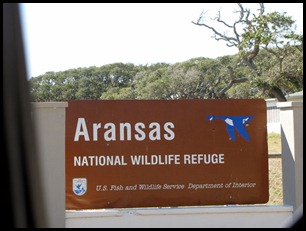 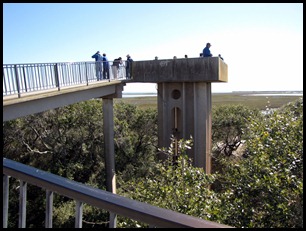 Where really you need more time to explore and enjoy what there is to see,but this part of the tour wasn’t really planned….It just happened….Actually my long range plan was to make a special all day trip here,…..So next time…Actually we did cover a lot of ground in the short time we had in the refuge.

The main thing was to see the Whooping Cranes from the viewing stand(pic above) but they were not to be seen this day.Many other varieties were out on the bay but the distance was really disappointing and you really needed a spotting scope.There was a spotting scope but it was surrounded with folks who didn't seem to want to give it up.There were many Rosette Spoonbills,but as my photo shows,full 20X zoom really wasn't enough.Thank goodness we at least had some binoculars. 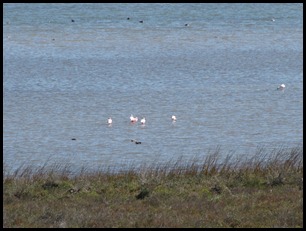 But we did visit a small lake nearby in the refuge, because Ivan wanted to go “Dancing with the crocks.”We found one over on the other side but he wasn't in a dancing mood. 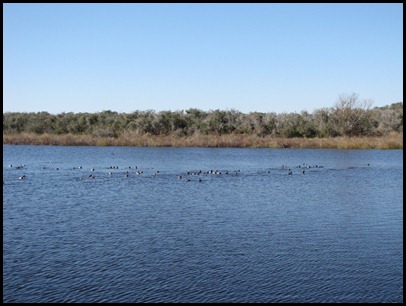 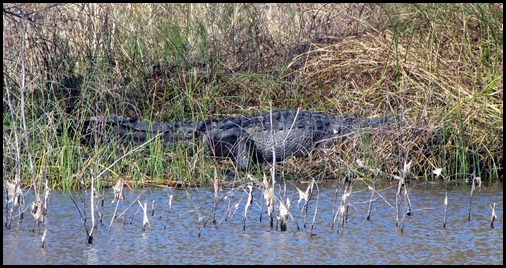 So it was time to head back,this time through Corpus Christi,McDonalds,and home to the beach.I will again put my little area map up to show the lay of the land that we covered. 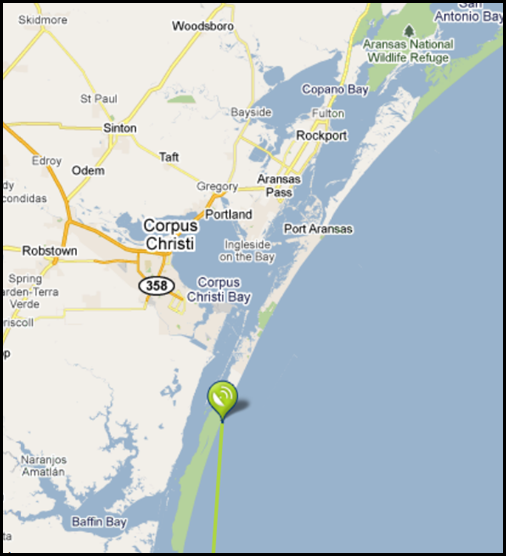 I want to finish this post off with some of my wanderings along our beach here,first off showing a beautiful Texas sunrise out of the Gulf of Mexico. 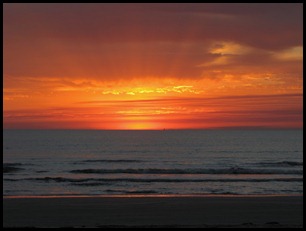 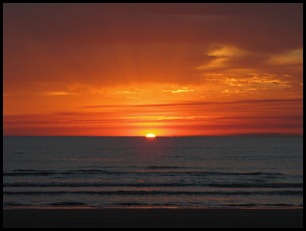 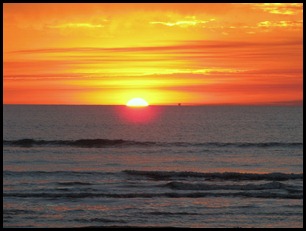 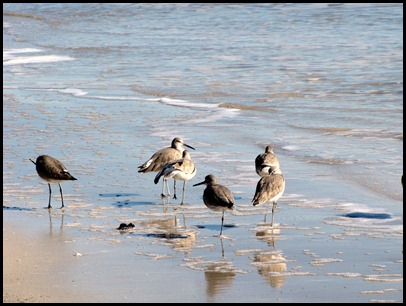 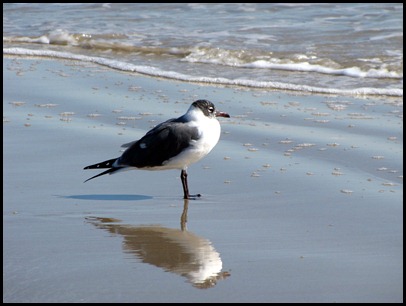 There were many of them hanging around with an equally large flock of Royal Terns seen below. 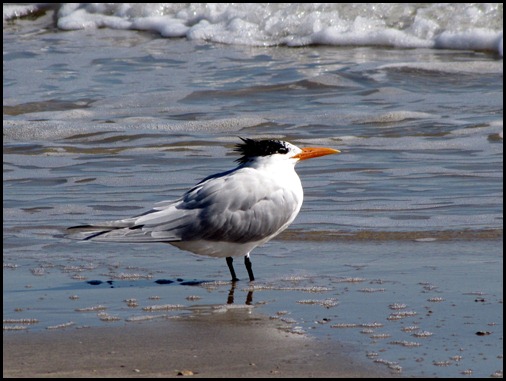 Quite a striking bird,and pardon the pun,but as far as getting up on those old pilings below…………..Wait for it………….

We all want a tern. 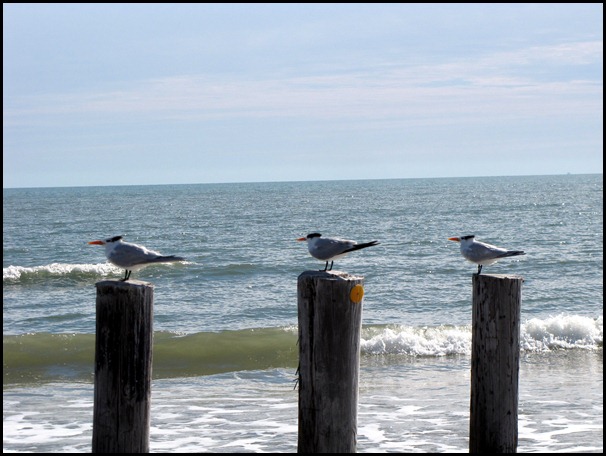 So!…..By the time that I post this entry,I will be a long way from the beach,as I said my goodbyes to Ivan and Hailey his guard cat on Saturday morning. My present location as I post this, is already 600 miles away,so I travel in stealth mode to……….?

Posted by Wandering Willy at 2:08 AM