AmeriCana RV Park…My New Home For The Next Month Or So. 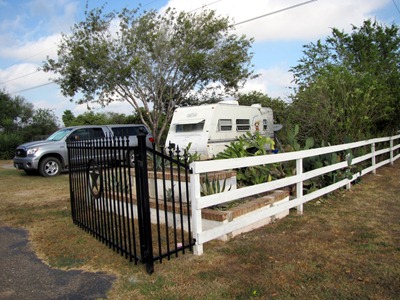 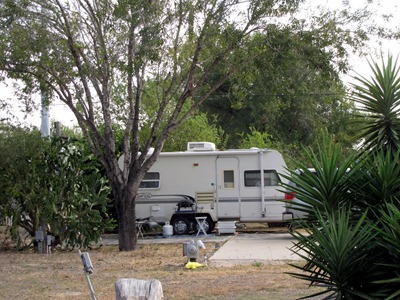 Above are my new digs.All set up and ready to kick back after over 3500 miles of travel covering a 6 week period.

I left Falcon Lake last Monday morning and an hour later arrived here and set up in my pre-selected site in uncomfortable heat.For the past week now the temperature has been hovering at the 90/33c degree mark with night time lows around 75/25c and a humidity of above 80%……..On top of all of this I’ve been suffering with what they call the “Texas Crud”for the past 5 days.Crud is crud whatever you call it and it pains me for I cannot remember the last time I was sick or even had a cold.But they say its hard to avoid as a first timer here.

The moist air just keeps pumping off the Gulf of Mexico a few miles away,and the forecast is for a high around 60/17c by Friday when all the cold air from the north arrives.

When I came down a week earlier to scout the parks,the only choices I had in this park for long term were spots in the back(below) The areas along the fence on the grass were ok,quite large, but not really defined,as were the gravel spots here in the foreground.When I went back to the office to asked,she suggested if I didn't care about traffic noise,there was a large site with a seldom used site next to it if I wanted some privacy, for $399. per month including electricity cost.So I took it,paid my deposit and headed back to Falcon Lake. 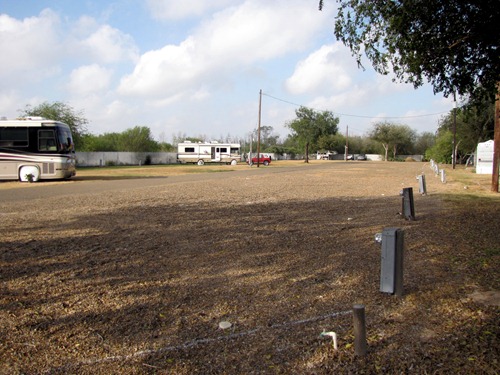 Some other views taken along the 4 park roads.There are some park models. 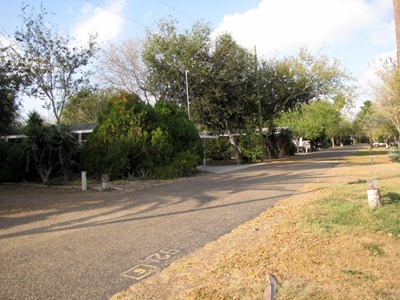 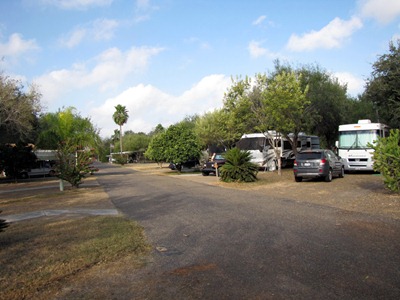 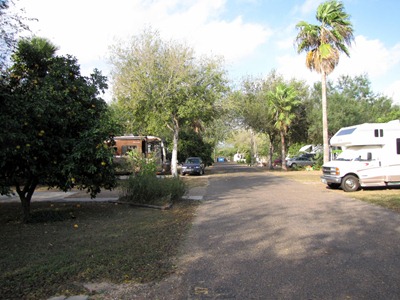 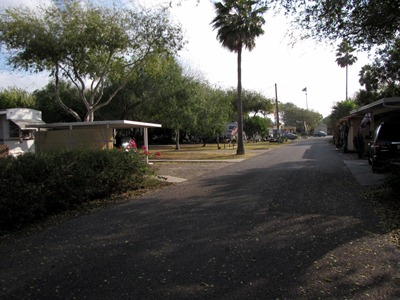 The sites are nicely spaced in this older park,and with plenty of length.Everything from shaded to semi-shaded to open sites in all budget ranges.And for the birder,the huge “World Birding Centre”park is just 5 minutes down this road.In fact they call this park “The Birding Centre RV Resort.” 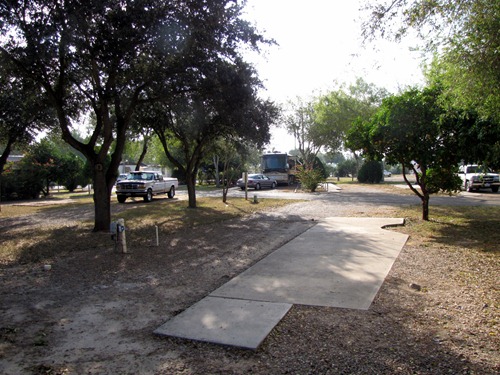 A small salt water swimming pool and the washroom/mail/laundry room.Behind this shot is the clubhouse. 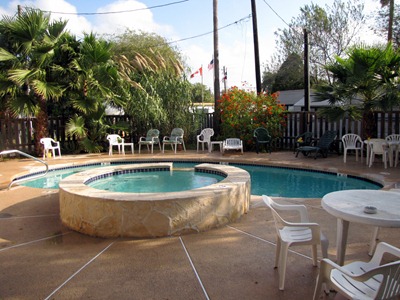 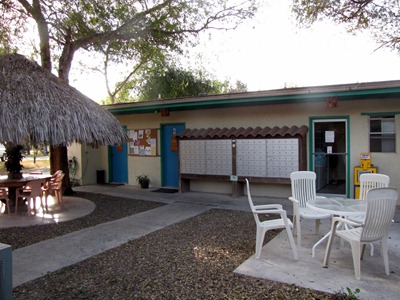 And in the back corner of this 154 space park,for the birder, is a 2.5 acre wooded bird refuge with bird houses and feeding stations set up at intervals.They have a population of wild parrots that seem to grow every year. 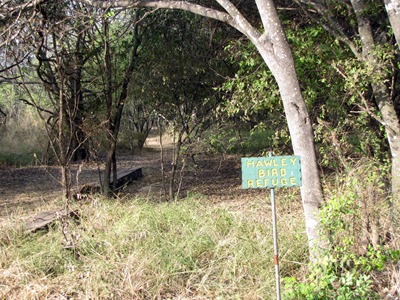 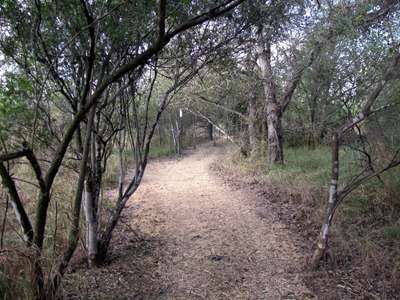 I stopped and sat in one of the chairs for a few minutes and was able to get a poor shot of one of my favourites here…The Green Jay,with its distinctive blue and black head,and golden tail feathers,a delight to watch in flight also.To the right a better shot taken last January when I was here for 10 days. 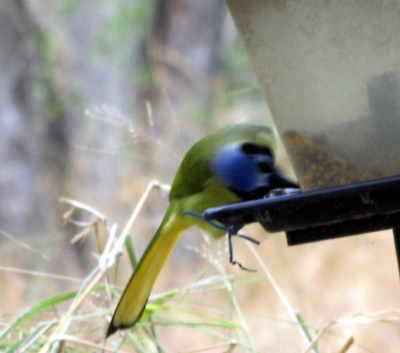 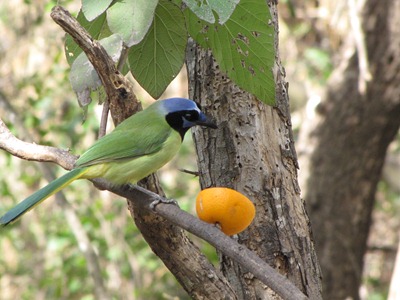 Unfortunately I mistakenly had my camera set on portrait for all of todays shots,so my scenes are hazy.

Here is another site nearby that is open until mid January that I could have taken.

But I didn't want to give up my orange tree.I hope they are worth it. 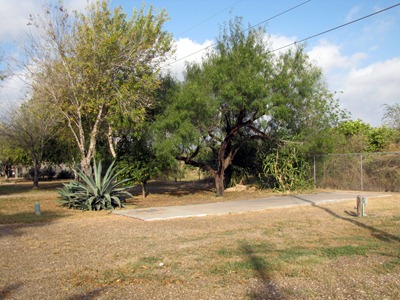 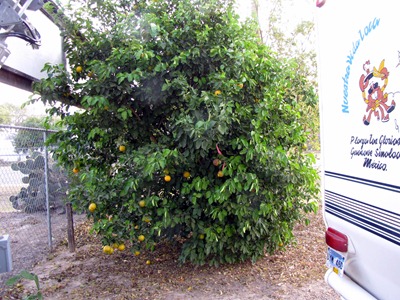 So as you can see by the photos that there are many open sites at this time but they are spoken for and this quiet, older park will become a hive of activity very soon.There are many parks here on Benson Palm Drive on the outskirts of Mission Texas,some are luxurious,and some have seen better days and just like Goldilocks and the 3 bears,some are just right.

Now I must go out and do battle with my sugar ants………Hey! It aint perfect but I’m getting to be an old hand at battling ants.About 50 to 75 got into the trailer Tuesday while I was out shopping, but I beat them back and sealed their entry point and am now feeding them the good stuff outside….You know the stuff that locks their jaw….Heh heh! 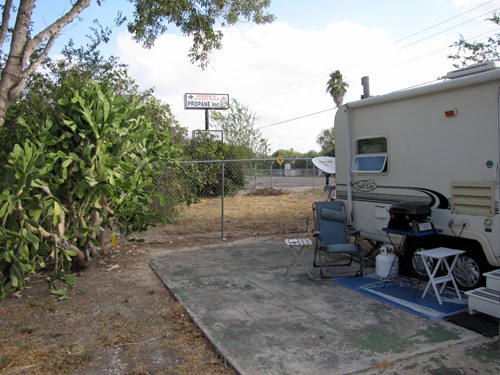 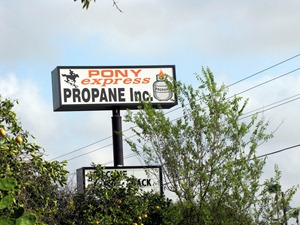 I think I’m going to like being a “Winter Texan”….Its a nice change of scene.Have to see if the wind ever stops blowing though…..Its not as bad as the desert winds…..Yet…And makes the heat bearable.

Happy Thanksgiving to all the American readers.

And again,all bad grammar is intentional.

Posted by Wandering Willy at 3:39 AM