Call me lazy,call me disinterested in blogging.The truth of the matter is a little of both.I’m hot to trot when travelling and seeing new country,that's why the “wandering”in my title,but once I hunker down and spend most of my time in the horizontal position watching the inside of my eyelids……Well that’s a whole new world….So give me some slack please,I’m pushing 75,and its hard to keep any interest up.

Since my last post I’ve travelled back home and gotten one heck of a lot of stuff done.My trip home started on Thursday the 24th of February,leaving the La Paz County park near Parker Arizona,taking the usual I-5 route north,travelling through just about every weather condition that you could imagine,from high winds across the Mojave,torrential downpours in central California,even some snow around Redding California, for starters.This was the time when San Francisco got snow and LA was predicting it.

I did my weather research in advance as always,for going over the hump into Oregon,and my timing was right on as it was a dry day with clear pavement,until the downside into Medford Oregon where the red slushy slop on the highway from the recent snow clearing,changed the color of both truck and trailer.What a mess!….But alas,the upcoming weather will wash it off.

I usually take 4 days from the Desert S.W. to Northern Washington State,then stop for the night just 2 and a half hours from home.Then the next day while rested up,I can deal with the border crossing and the unloading when I get home,plus getting my little Park Model trailer home up and running.

Well this year it started out a little hairy as I was packing up on the final morning,an ice storm hit,then after that stopped I got on the interstate and after about 10 minutes,ran into a raging blizzard that had traffic down to a crawl,and the snow building up on the highway rapidly.Now I’m searching for a place to get off and regroup,(aka Rest Area),but I had just passed one.Carrying on slowly,I noticed a small clear hunk of blue sky to the northwest and said to myself……self….We is gonna get out of this yet,and 10 minutes later I was driving on dry pavement in full sunshine for the rest of the way to the border……Be still my heart!

The border crossing was a pleasant surprise this time and when asked what I had to declare,I was prepared this time,holding up a clip full of receipts with the total listed,which was under my limit by a hundred dollars….He just said welcome back and have a nice day……Be still my heart again.Life is good.

Well, the dry pavement and sun stayed with me until about 10 minutes from home,which is 45 minutes from the border.This part of my little world,even though at the same altitude,sometimes doesn’t get the warm-up after a snow fall.It can be raining 20 miles to the west and still snowing in my area.And this was the case a few days earlier during a snow storm,leaving my little home park with a foot of snow.Thanks to good buddy Ernie who lives nearby,my driveways were both shovelled clear.Be still my heart again.Life is good.

So!….After 2 weeks at home,my income tax is done,house and driveways pressure washed of all the green slop from living under cedar trees ,Doctor appointment set up,….truck fixed……Yes,my baby got her face lift,…….going from this,my Tucson experience. 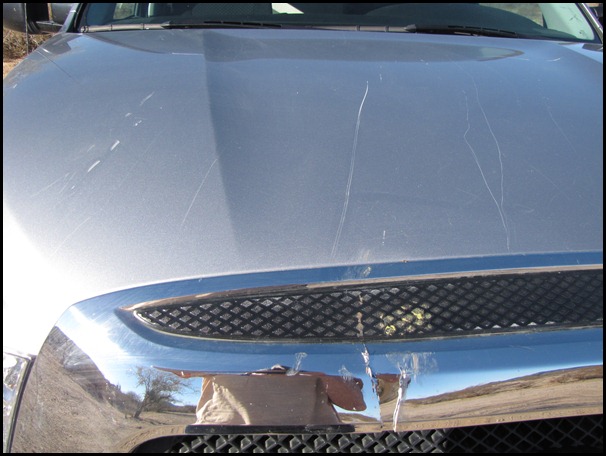 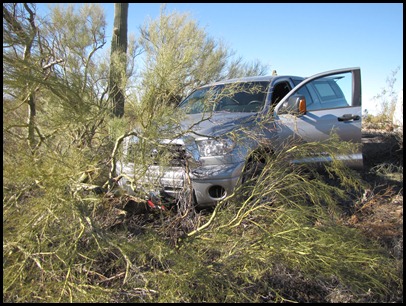 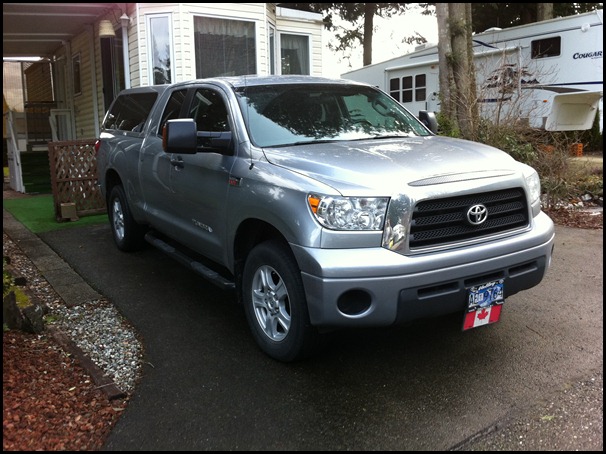 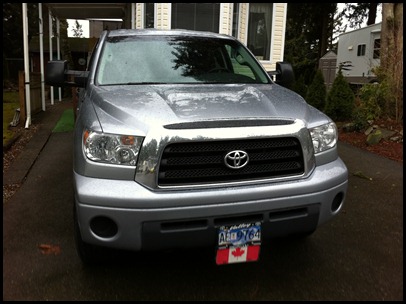 I must say that the insurance from good old ICBC,Govt.insurance, for those who don't know our socialist system,just like our medical,covered over $5000. worth of repairs and because of my good driving record,

will not raise my rate next year.So I was out of pocket for $300. deductible.Yay!…Be still my heart,.. again.

Everything you see in the photo directly above,except fenders and RH side mirror,was replaced,including the skid plate under the motor where the truck came to rest on the tree stump..Thank you Toyota for putting a protective plate there.

I must say that I was pleased with Wally’s Auto Body in Chilliwack BC as they were very thorough.Parts replacement instead of Bondo is sure ok by me.

So,now… starting to have time on my hands,(sometimes not a good thing)and this past week I had to replace my Shaw/Direct Satellite TV “PVR” that has served me well for the past 3+ years,as it decided to crap out when I hooked it back up in the house after using it on the road this winter,….and with total reliability I might add.The hard drive locked up and would not boot up.

I lost many hours of pre-recorded programs though,but because I was also travelling with a new model PVR as a test, and double recorded everything because I didn't trust the new one anyway.Now the new one has saved my bacon by being my only source of all the missed recordings that were on the old PVR.I love having backup. 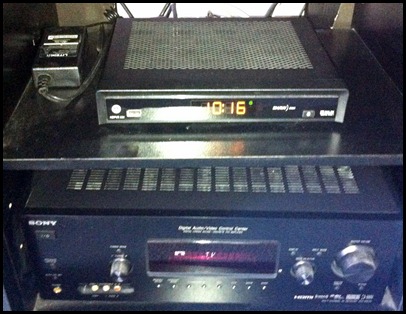 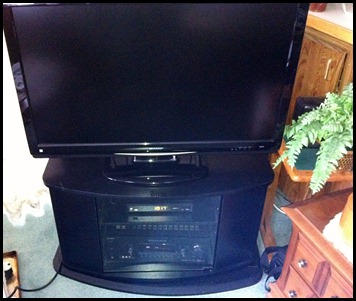 So the old PVR is on its way back to S/D and replaced with a new model for $99. I now have 2 new model PVR’s,both working like a charm.They are so handy when travelling the winter season as I don't find time to watch anything other than the news and sports live,so all my favourite shows are recorded for when I do have time.Plus skipping through all those commercials is nice.

Now falling into the “more money than brains department,”ever since spending that week this winter with Ivan at Corpus Christi Texas,camping on the beach,I was fascinated with his I-Phone and how many great uses that he put it to when we were travelling around the area.I spent many hours researching I-Phones and I-Pads,but kept coming back to the I-phone because of the portability of having in my POCKET,…a phone..a web surfer/e-mailer…a camera…..a video camera…an I-pod and photo library,and all those eye opening APPS that do so many great things…..Like the “Dishpointer AR Pro”designed for all you people who are wondering if you can see your satellite through the trees when setting up your TV or Internet dish.The camera view on the phone shows exactly where the satellite is……It was my first app purchase and all I can say is WOW!….Next time I enter a tree filled campground,I’ll just pull the phone out of my pocket,turn on the app and hold it up to the southern sky and actually see a red dot in my live camera picture, representing my selected satellite and just walk around until it clears all trees…I do have an align-a-sight,but this is so much better and faster……I do love my toys.

So! After all the research,decided on an unlocked I-phone 4 from Apple (Canada) that allows me to select any carrier and not having to tie into a contract...So I will use a (pay and talk/data) Sim card for Canada and another Sim for in the US or Mexico…I’ve had it for 5 days now and am loving it and all the things it can do,in fact the last 5 photo’s here were taken with it.

And I’m even using a 9 year old pay and talk account that costs $10. a month and has time built up that I’ll probably never use, because it was only used for an emergency travel phone that I kept in the truck.Around here for now I don't need the data part as I’m using my home wifi system to supply the phone.

Rambling time now….As I was passing through the town of Selma California,(The Raison Capital of the world) on the trip home,I stopped for some groceries and came across some really nice locally (made in Selma),raison bread.Its Sun-ripe brand raison bread with a cinnamon swirl,so I picked some up to try, and liked it so much that I was on a steady diet of it until it was all gone a day later….Yes life is good! 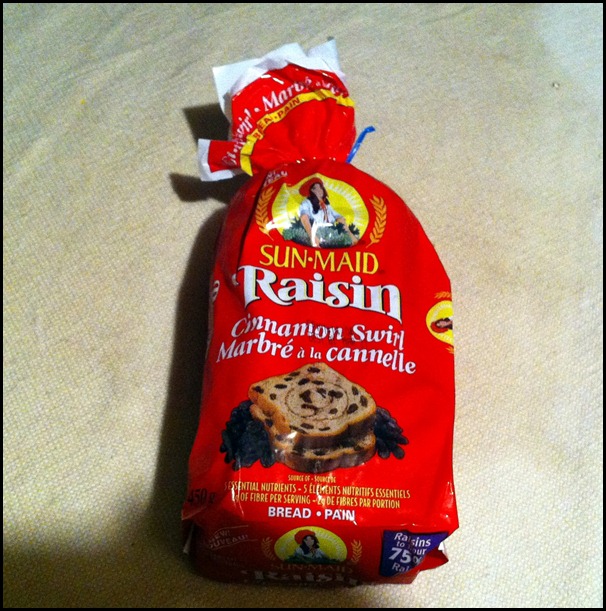 Now all you people reading this who are sharp in your observance, will notice some of the label is in French……Voila!……Its sold in Canada too.Much to my delight I found it in both the local Chilliwack BC Safeway and the new Super Wal-Mart…So as I said before,….Life is good,and many loaves now decorate my freezer…Its back up, you know.

And finally for those of you who personally know me and my situation….my first visit to see my wife Marlene in the nursing home after 4 1/2 months, was a bit of a downer as she no longer recognizes me.She had taken another tumble from her wheel chair in January due to a little staff negligence and landed on her already fragile head, and this has caused a further decline in her brain tumor condition.

I was all excited to tell her of my winter adventures,as she would always take it all in,smiling but not responding.So it was disappointing not to get the usual smile that I always got on my return………Just a blank stare…Several more visits since have produced the same disappointing result………So maybe life isn't always so great, as I said before.

Stay tuned for my next wandering adventure.

Posted by Wandering Willy at 4:20 AM