Right Back Where I Started Last Halloween Night. 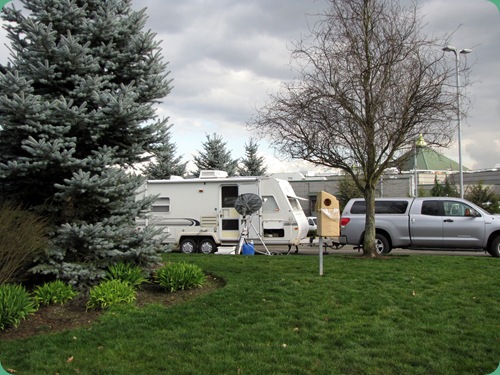 Back in my #13 cubby hole at Tulalip Casino in Marysville Washington….See,I take the nice little back-ins and leave the pull-through spots to the others.This is a nice place,parking lot camping but its the right price and convenient.

Its quite a large complex. 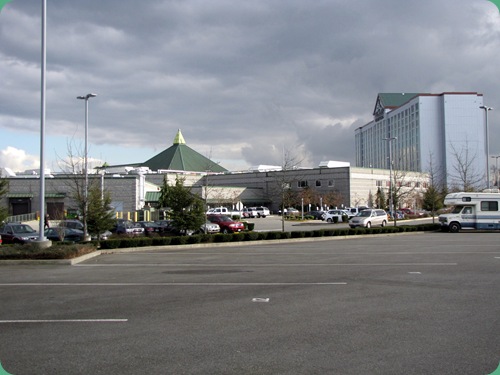 The drive up from Oregon was a little better weather wise than the day before. I set out from Pass Creek park at 7:15 with exactly the same temperature as the day before at Rolling Hills California,45 degrees and foggy,finally breaking out into the nice sunlight just before Portland. 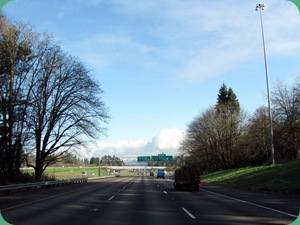 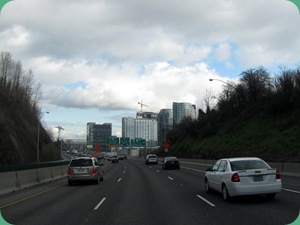 And yes dear daughter Kim,taking photo’s out the window at 60 miles per is dumb,just like texting,but that’s why the photo’s are not very good because I don't aim.

Downtown Portland,going over the bridge at 60. 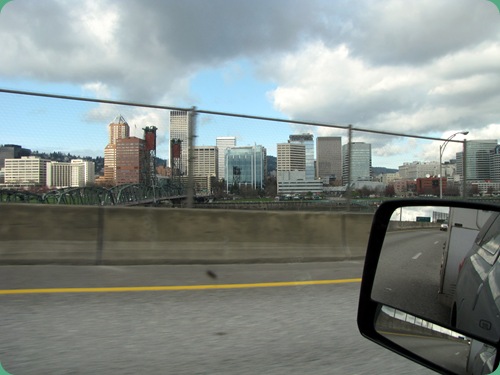 And crossing the Columbia River into Washington State. 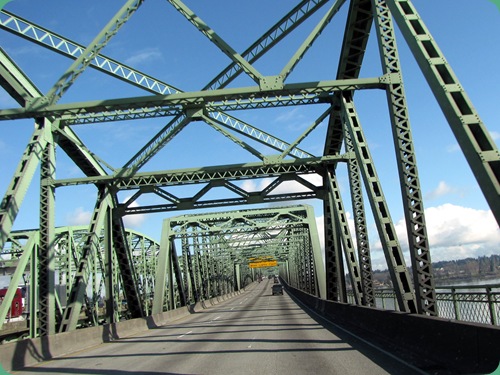 A rest area just north of Vancouver Washington.Warming up into the 50’s now. 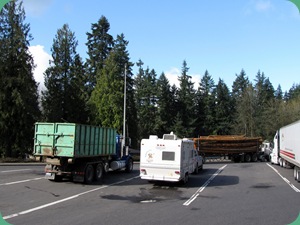 I must mention again about my little experiment with using my Bank of America debit card for purchasing gas,which was the main reason for getting the account.I touched on this in my blog last fall as I was travelling south…….well,its been a bit of a failure as many of the stations require a zip # rather than the pin # and I’ve tried the zip for the area that the bank card was Issued and I have tried the little trick of adding the appropriate 0’s and 1’s to my own postal code,that others have had success with,and have come up with zilch.

Its surprising that some stations don't require any more than just swiping the card,no pin ..no nothing,others require a pin and that's fine.But when the zip request comes up,nothing works.yesterday in 2 Shell stations,one in each state,I ended up in the slurpy line up to use the card inside,where it does work.Some uniformity would really be nice.I don't have this problem anywhere that I have travelled in Canada,using my debit card.

Coming into Tacoma in the early PM with the “Tacoma Dome roof ahead in the first shot and the downtown in the 2nd. 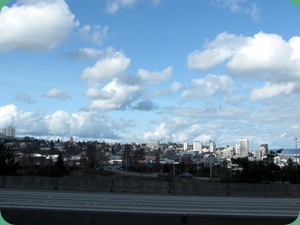 And now the BIG SMOKE,Seattle and we go right down the gut.With Safeco Field to the left,and the home of the Seahawks to the right.The roof seems to be retracted. 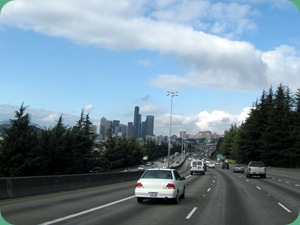 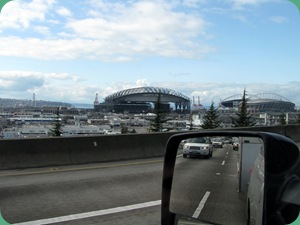 I find this 60 mph run right downtown in the early pm,to be really easy.Everyone is either at work or in the suburbs. 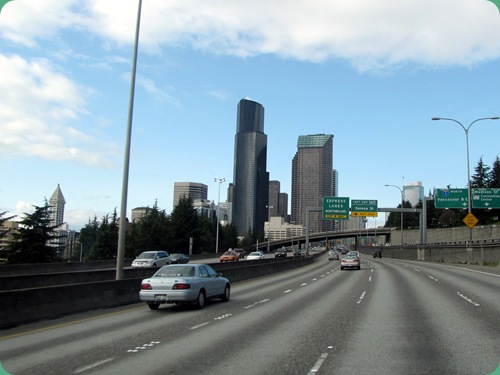 I remember as a kid that little pointy roofed building on the far left was the tallest.I think its the newspaper building.

20 minutes later I was here at the Casino and setting up in the warm 55 degree sunshine,2 1/2 hours from home.

It is now Friday morning,yes 4 a.m and I’ve been working on this blog for the past hour.When I first booted up the laptop this morning,I had an E-mail from a fellow blogger who I’ve never met but have been in E-mail contact with for a couple of months now.His name is Ivan and he lives in Alberta.Here is his blog…http://roadtrip-06.blogspot.com/ ……I knew he was going back down south for another month and was heading this way.He tried to make a connection with me,but I didn't think it was possible because he left Alberta yesterday when I was leaving central Oregon,and I didn’t think he could make it this far in a day pulling a 5th wheel……..Well..I wake up this morning to an E-mail with this picture attached. 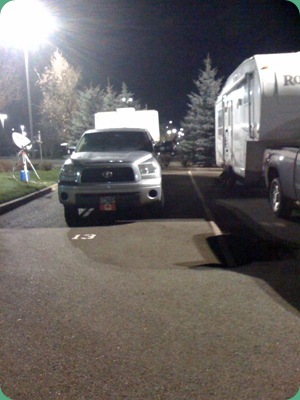 Hey Willy,I’m parked beside you.Wake me up in the morning so we can have a coffee and a visit…….Can you believe that………What a guy!

In the comments section Sam and Donna asked about the hits and where I see them coming from.Its just on the “Sitemeter”just sign up for it and there are several selections you can make to see the traffic.

And I see my Chinese friend is back.The first time I thought it was a joke but this time I ran it through the Google translator and there was a message…..cool!……I’m wondering if its my friend Joseph in Burnaby who has the site next to mine at Tapadera,Estates.

Welcome to several new followers this past couple of weeks.I check all your blogs if you have them.There are some real creative people out there in blogosphere.

Posted by Wandering Willy at 4:47 AM