On The Road Again(Like That Other Willy's Song)

And introducing the new tow vehicle (The Silver Bullet)a 2009 Toyota Tundra with a gas sucking 5.7liter...6 speed tranny and 430 rear end. Quite a change from the Astro van but so far I seem to be getting the same towing mileage which is around 14.5 U.S. gallon.Now I don't have a line up behind me on some of the long hills.EG coming up Jackass Mtn in the Fraser Canyon when a Durango pulling a similar sized trailer passed me at the base of the hill and I was nipping at his heels before the top...but I digress.

This is a little test trip to take advantage of some nice weather and also a need to get on the road for a few weeks...not a lot of travel...just a nice spot to relax and dry camp in the interior of B.C. I set out last Thursday morning July 2 2009. 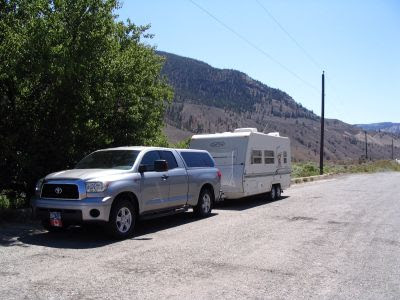 This is a lunch break (above)just north of Spences Bridge along the Thompson River. 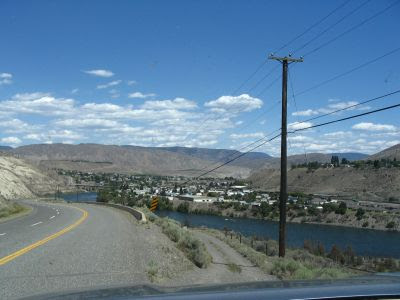 I chose the canyon route just for a change from the usual and quicker Coq.Its a good hour longer but more scenic.
As I climbed out of Ashcroft leaving the sagebrush behind and picking up the pine forest(whats left of it since the pine beetle arrived)the temperature dropped back down to the low 20's as I topped 3000ft and the Highland Valley.
Another 55k's along the valley,passing the big copper mine and the lake full of tailing's,a mixture of white and azure blue.
I made my usual stop at the Logan Lake Municipal yard where they supply a dump station and fresh water tap.(pay by donation)filling my water tank and jerry cans for the final 10 k's into Tunkwa Lake Provincial Park.(Don't feel like using the pump handle at the park)Too much work. 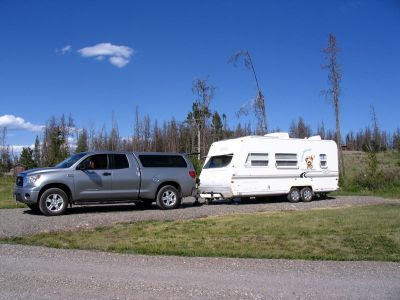 When I arrived,I found the park to be a little more busy than expected,for example last august I was practically alone here,but this time I found it at least 1/2 full and this morning (sat.) it is full. 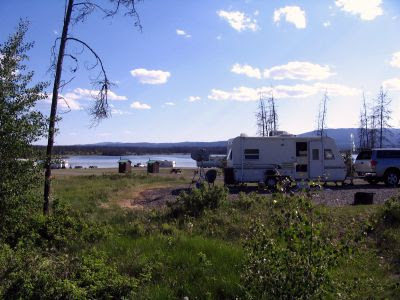 My set-up went smoothly as did the 2 satellite dishes,this was another time that my Star-Choice(oh!excuse me I mean"Shaw Direct")dish had a signal of 52 green just by placing it in the general direction without using the set-up screen.
Well here I am with my usual pained expression,saying "A job well done."We wont talk about the slight bend I put in the right rear stabilizer(the one I replaced at Valley of Fire last Nov.)as I went into a dip to turn around.Shhhh! 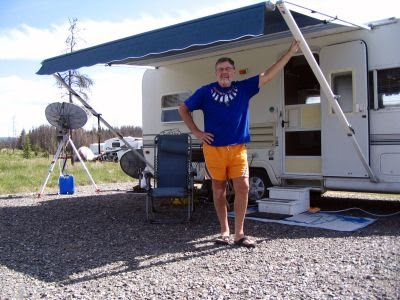 Posted by Wandering Willy at 5:42 AM