A Couple Of Hike And Sightsee Days.

I’ll start with another panorama shot taken with 3 separate photo’s.This is looking down toward the Rio Grande river valley in the distance with the mountains of Mexico in the background.A little in the sun with the 3rd shot.

The first full day here I took a morning walk up the trail from the campground to a highpoint.First we must cross a backwater of the river,consisting of several bridges and anchored floats. 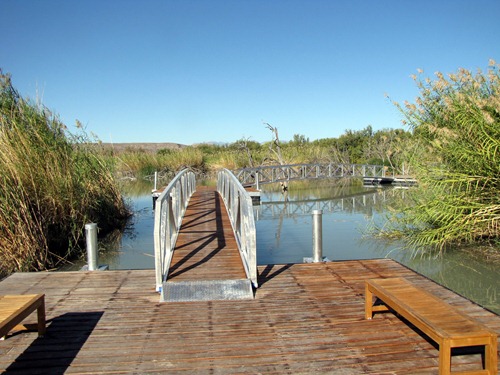 Then up the trail where I first encountered evidence of where the Mexican people illegally come across the river and leave their crafts to be sold on the honour system.The $6.00 walking sticks are a bargain,nicely painted,but signs all over the place here tell us that its illegal to make these purchases. 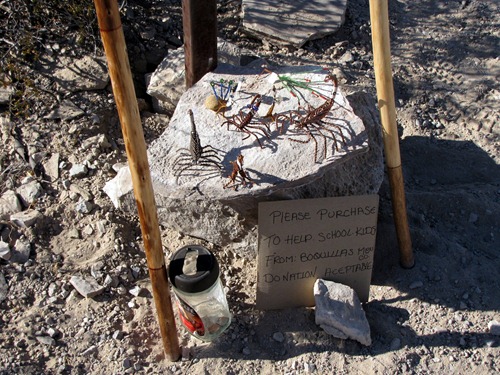 Further up the hill we can now look back at the camping area and river,with a closer look on the right of the backwater and bridge system.All nice wood and aluminum.Recently replacing an old rotting wooden structure. 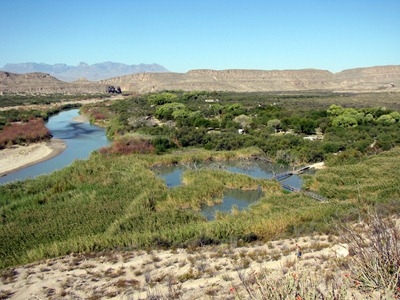 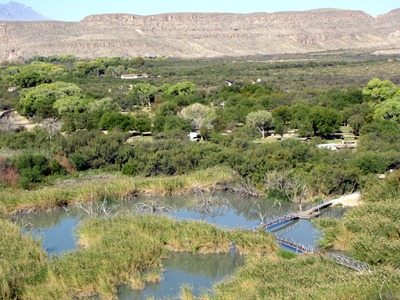 Now near the top we can look behind to the Mexican town of Boquillas del Carmen in the State of Coahuila. 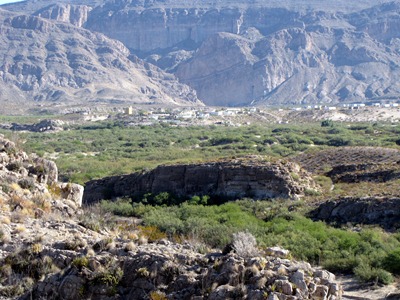 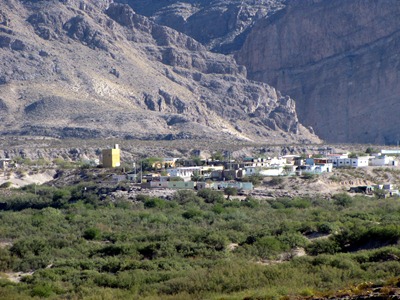 The river is just at the bottom of this first photo and winds around behind the town.The river takes one of its many sharp turns in this shot below.As you can see the Rio Grande at this point isn’t much of a barrier for anyone who wants to cross.There are many places that you could just walk over. 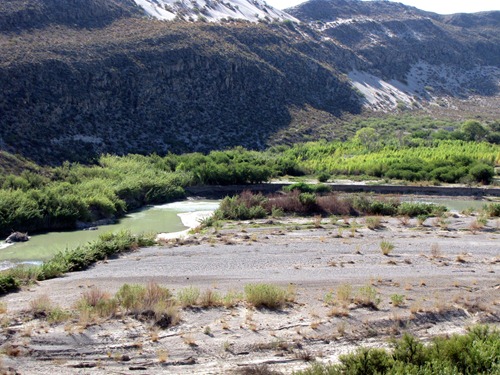 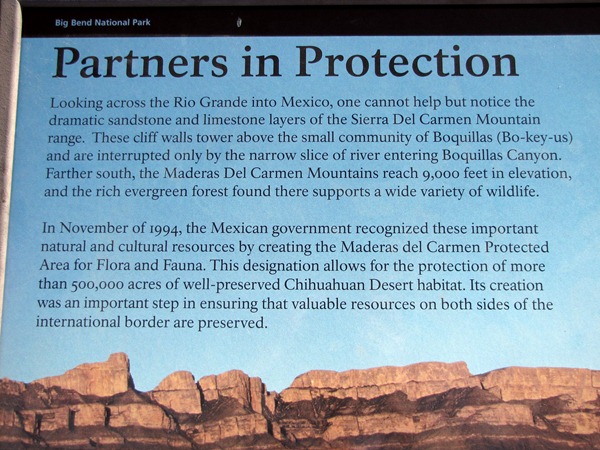 Yesterday I drove out to visit a few other sights,first taking a very narrow dusty road that is so narrow that dually pickups are not allowed.It gave me some anxious moments because of the rock outcroppings on some of the narrow turns put your wheels awfully close to the edge if you don't want a scratched paint job.

Finally after a few minutes, reached the parking lot,then set out for a 10 minute walk along the river to the “Hot Springs”.Not much of a sight to look at. 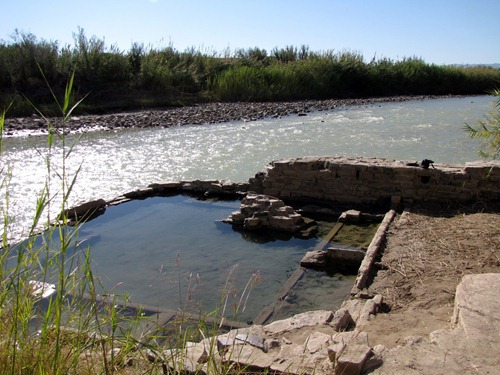 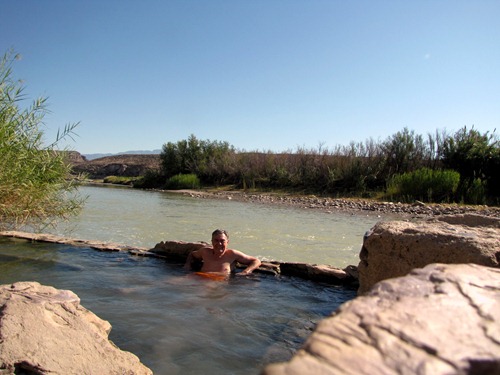 Again a small display of goodies for sale and I could see the person on the other side watching his crafts.His 2 mules came down for a drink on the other side while I was soaking.Well the 10 minute soak was delightful but on an already hot day,a bit much,so its off to another location way over on the other side of Boquillas.My earlier shots of this town where taken from the hill behind and to the right of the tallest building. 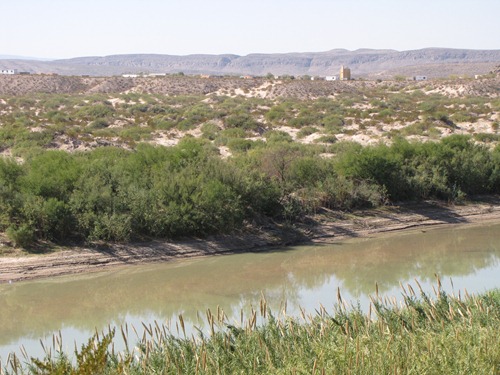 And yes again we have our little display of crafts….This time they were across the river watching,so I called out a greeting in Spanish and they answered back with an reply in perfect English including a sales pitch.

I guess I should have known better.

So you see,here’s the sight line. 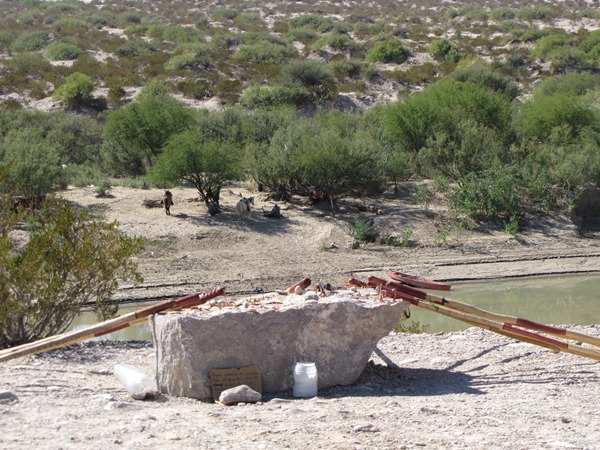 Their crafts in the foreground and they and their canoe in the background on the Mexican side. Sealed borders?……Say what!…….Of course if they wanted to cross for good,they would have a gruelling 80 miles to get to any civilization,plus passing through the Border Patrol check points.Although the Border Patrol was in the park the other day looking for someone that had been reported by campers,so I guess some are crossing for good.

So goes another day along the river…The weather is so fine that I think I’ll sign up for a few more days here and just kick back…..Everybody has to be someplace…..So I is here……..All bad grammar intentional.

Posted by Wandering Willy at 4:54 AM