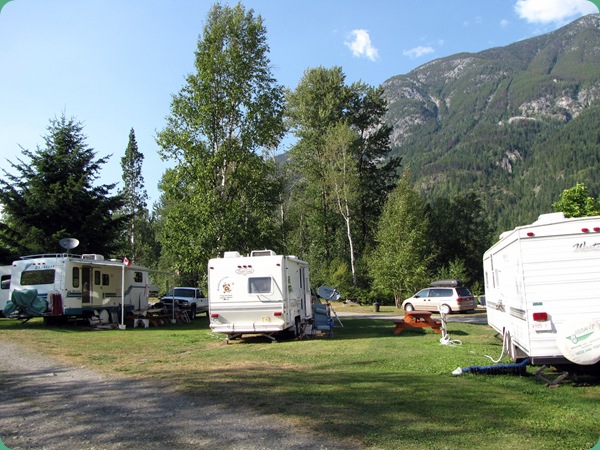 Well,a week has gone by and here I am again….But lets go back and catch up….Remember my mouse incident?Well, how many of you were thinking to yourselves when I was thumping my chest in triumph over catching the mouse…..I bet he finds another…..Well you were right because I set the trap anyway and another licked it clean without setting it off….Now panic sets in…I feel I’m no longer in control…..I’m I about to be overwhelmed?..So I set out to fill every hole I could find in that area with whatever I could find,brillo pads,rags,roof sealant,never thought of foil wrap,(thanks Gypsy) this seemed to stop the action until I could get back to civilization and buy the necessary things.But every morning about dawn,I would hear scratching from the wall behind my head as I lay in bed…..Boy! That really got to me….The wall is solid….maybe its coming from outside…3 mornings of this just like clockwork.At least the inside invasion had stopped as no more action at the trap.Finally, getting out of that location and back on the road, solved my problem as everything is now back to normal. 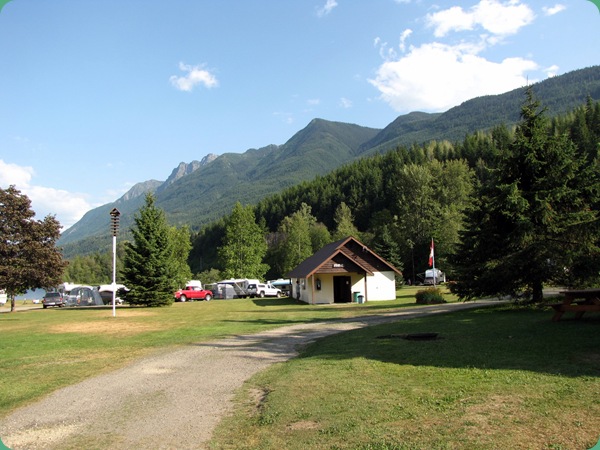 Tuesday morning after the August 1st long weekend,I set out eastward along the Hope-Princeton highway through the haze of forest fire smoke,stopping in Princeton at a feed store for some more traps,just in case, then on to Keremeos where I picked up some steel wool,for proper hole plugging,then a visit to the municipal sani dump and water station on a back street.This is a little known spot as there is little sign of usage every time I stop there.

Carrying on toward Osoyoos in the south Okanagan,the smoke was getting worse,like driving in fog,then as I dropped down into the valley,I picked up the increased heat(90’s) as this is one of Canada’s hotspots with the only true desert in the country, it sits at the very northern tip of the Sonoran desert.Its been awhile since I was last here in mid summer and what a zoo of people.I couldn't find parking at the supermarket as I needed groceries,choosing a construction site nearby.The supermarket was also a zoo,I thought I was in Fry’s in Yuma on a busy day stumbling over people.I got what I wanted and headed out of town and up Anarchist mountain eastward and to cooler temperatures again and a lunch stop in a shaded rest area.

My objective was to get in early at the Provincial Park at Kettle River….not…It was full….was this a sign of things to come? Yes…but I managed to get into a little road side provincial near Greenwood.Actually it was a nice spot along Boundary creek,good enough for overnight anyway. 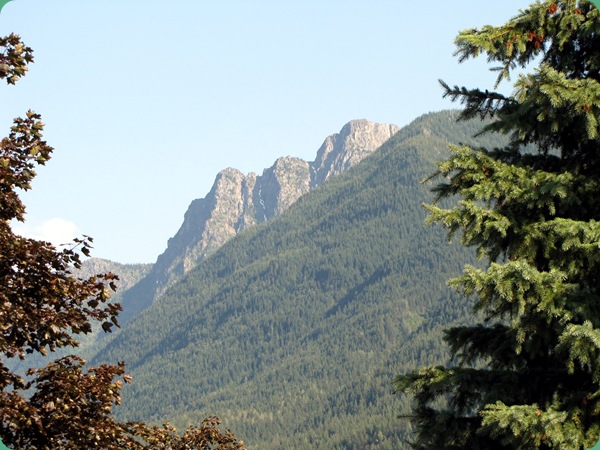 The next day was more of the same as I carried on eastward….9:30 am at Christina Lake’s Provincial Park …already full……12 noon at Syringa Provincial Park near Castlegar,also full with people camping in the day use area.I suddenly realized hey! This isn’t the shoulder season of June and September……You aint gonna get in to any of these parks this time of year unless you start reserving.NOW COMES A SMALL RANT.

You can blame Moe Sahota,NDP MLA for the Provincial Park reservation system,when he was in govt.he couldn’t get into a Provincial in the Shuswap with his family because it was full, so he introduced legislation for the reservation system….I suppose the idea is ok for some,but too many of the sites are on the reserve list(and all the better sites too)leaving few choices for the first come first serve people,about 25% to 35% of the total sites.

As I travelled north from Castlegar up through the Slocan Valley(beautiful country)and finally getting away from forest fire smoke,I checked out a couple more PP’s and it was more of the same….full…So that brings me to where I am now…..Summit Lake,16km from the town of Nakusp. 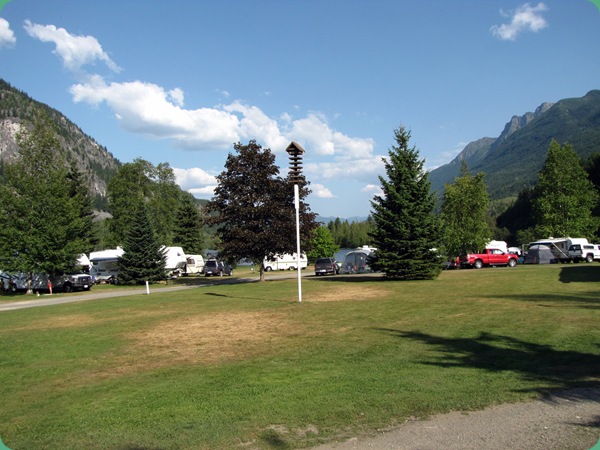 This is a private campground on Summit lake,(if you look hard you can see the lake in the background)and its called “Three Islands Resort”a well run,well spaced,very pretty and clean park………..More next time.

Posted by Wandering Willy at 5:53 AM