Three weeks ago when I published my last post,I stated at the end that I would see you on the other side….Well I finally made it…..The other side of what? I don't know,the mountains I guess.There is a definition for this laps of time…..Its called laziness.

I’m finding it more and more difficult to do this blogging thing but I felt that I should at least finalize the story of my little one month trip and see what creative juices will flow from that,so for those of you that have been following the last 5 posts,you will remember that during my travels I was having a problem with mice in the trailer…….Well I thought I was out of the woods with the problem,(no pun intended) having no more action since leaving Manning Park after the Aug 1st long weekend……but on the evening of my last post,about a week later at Summit Lake,I went out to do something in the big front compartment and there staring me in the face was obviously the other mouse that I didn't get at Manning,I don't know what he’s been eating because he hasn't been getting inside. I set a trap and he licked it clean within half an hour,so I got it refilled again,then set another trap,this time a glue trap on the other side of the compartment,and left it until just before leaving in the morning.

Well the next day I did all my final prepping to leave,then as a last thing checked the traps….Yup! The spring trap was licked clean again…I had it set sooo sensitive that I don't know how he does it…I even wrapped the bait in thread and he got it all just leaving the thread undisturbed………But the glue trap had my little friend staring up at me.Well he had a couple of good last meals at least.I will not go into detail other than to say that I guess there were only 2 of them from the start as no more action has been seen since getting home 3 weeks ago. 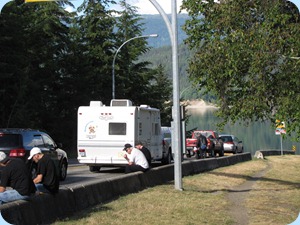 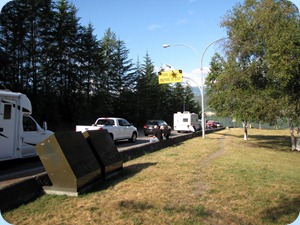 So here we are after an hours drive on a sunny Sunday morning,waiting at the Needles/Fauquier free ferry landing on Arrow Lake….And here she comes after a 10 minute wait. 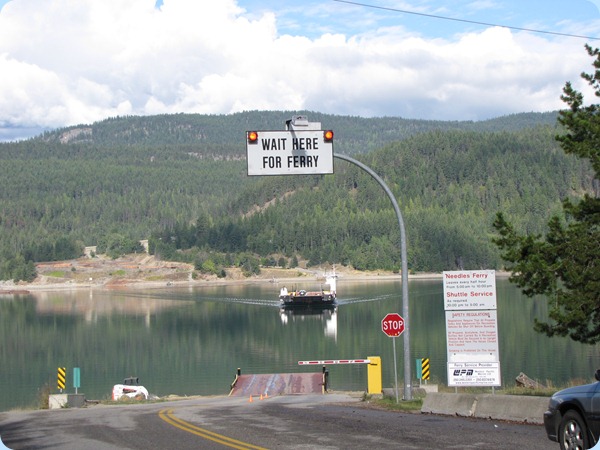 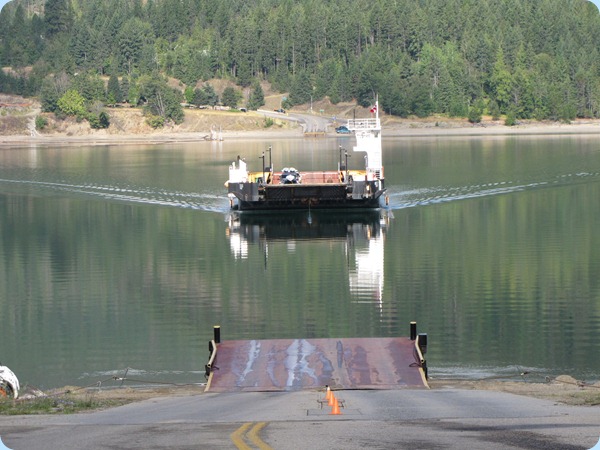 A quick off load-on load and away we go.(This is a cable driven ferry) 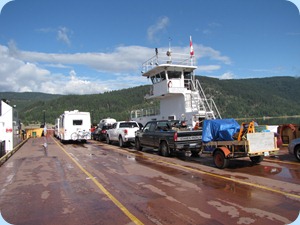 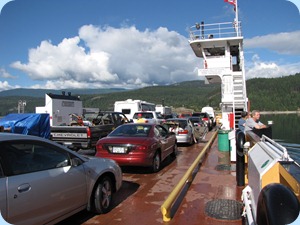 A view looking up the lake toward Nakusp…What a beautiful morning! 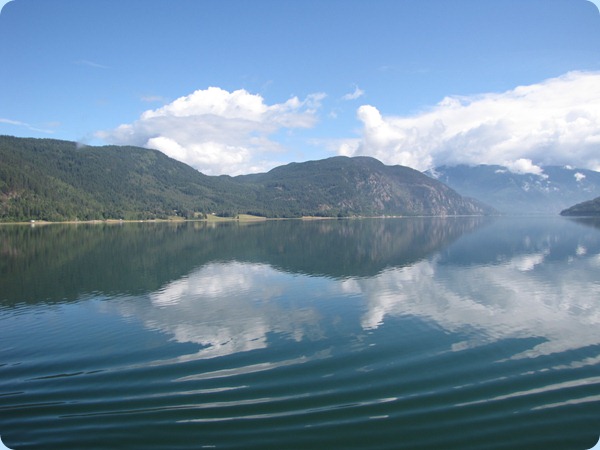 It was also a beautiful drive over to Vernon that took a couple of hours,then without stopping carried on over the 97 cut-off to Kamloops,arriving just after noon.When I set my sights for home,the tourism ends and the steady driving begins.

In Kamloops, I searched out the big Home Depot outlet, not too far from the freeway,where I purchased some goodies for future “Mouse Warfare”.I got one that electrocutes them and it has high ratings and a high price,( if you think $30. is high),but I don't care,those little buggers are not going to ruin another holiday if I can help it and I'll be prepared next time. I also got another type of spring trap that makes licking off the bait a much riskier project……..BRING IT ON MOUSKIES! 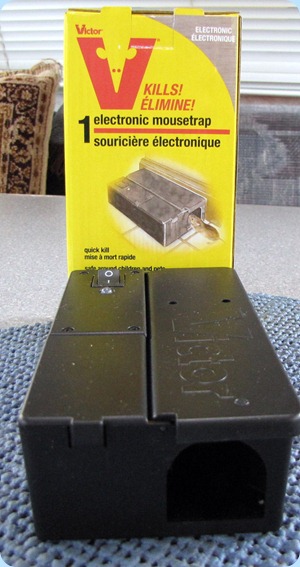 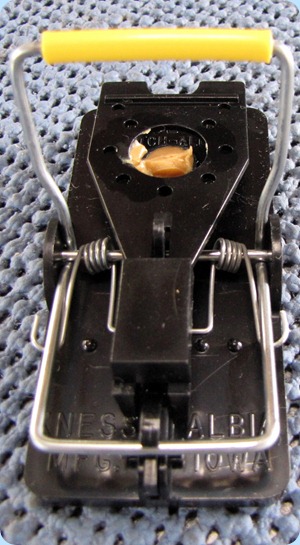 On this one they have to reach over that very sensitive food cover to get to that deeee-licious peanut butter……..good luck guys.This is a Wilson Predator-Snap-E.

Anyway back to business---

So off I go up the hill on the Coquihalla highway towards Merritt,making my final nights stop at Lac le Jeune Provincial Park at the top. 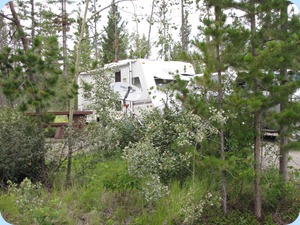 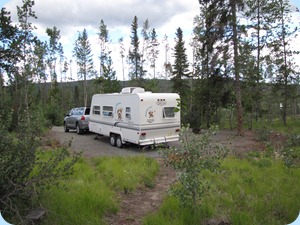 This is another old favourite from past years,much more devoid of trees now since the beetle kill,but still a nice spot….And it wasn't crowded.Less than half full.

The next morning was a pleasant 2 and a half hour drive home.I probably wont go out again until its time to head south in November.

One final thing,this post is being done on my new,one week old, Acer 17.3 inch laptop….. Replacing a troublesome 6 year old desk top with only half a gig of ram.Now another learning curve as I enter Windows 7- ville.

Posted by Wandering Willy at 5:00 AM