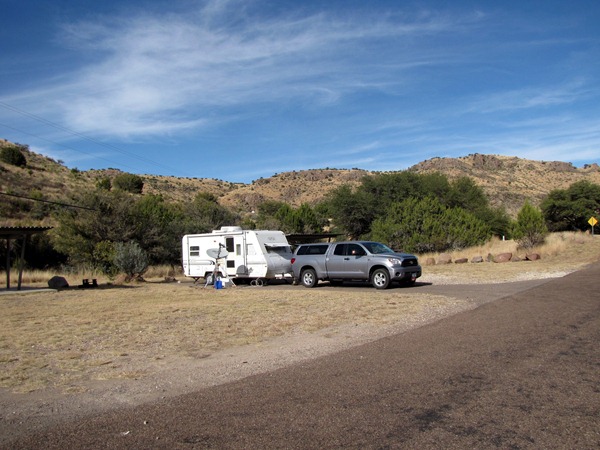 Sunday morning,and time to move on after 6 days at Brantley Lakes.No need to rush out as my days journey south is only a 3 hour trip.I did my final morning exercise walk at sunup…Gotta burn the fat.

Being a “turn the clocks back” morning it seemed that I had even more time to take it slow on departure,but in the first hour of travel south into Texas,I didn’t count on there being a time zone change which meant that I had to set them all back to where they were earlier this morning,and suddenly my arrival time was later than I figured.

I arrived at the small city of Pecos Texas just at noon local time.Just under 10,000 people and nothing stirring downtown….No traffic…no people,just like a dusty ghost town.The only sign of life was at the local Sonic drive-in….I’m not used to seeing this kind of a dead scene in a town this size.The only rational I could come up with was that everyone was at home watching the Dallas Cowboys getting whipped. 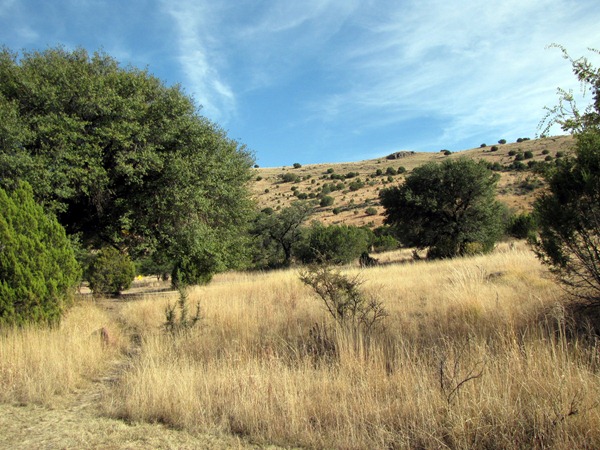 Soon to the southwest,out of the flat prairie,loomed a mountain range in the distance,which would be my destination.Crossing under Interstate 20 as I left Pecos and 30 minutes later taking a 5 minute drive west on Interstate 10 at Balmorhea,another sleepy town in the foothills of the mountain range.The drive up into the dry mountains was a welcome change,very similar looking to the mountains in southern Sonora Mexico.

45 minutes later and I think mid afternoon…I’m confused now, I arrived at the entrance to Fort Davis State Park.Unlike the past State Parks,this had a live Ranger person on duty….No more pick your spot…Fill out the envelope…..This time she took my drivers licence and phone number and put it all in the computer……I thought I was crossing the border again.And the fee’s are a little more than New Mexico’s too because they add an entry fee on top of the camping fee,so for what I paid $14. for in NM,I paid $19. here,and if I stay longer you pay the entry fee every day.($4.00) This is an interesting park so since I have no agenda,I might stay a day or two. 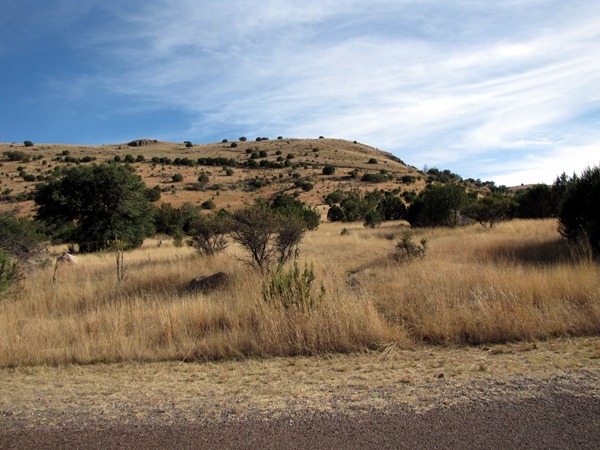 The warning on the brochure stated to be aware of Bears,Mountain lions and Javelinas,so I don't know what to expect other than just at dark last night I had 2 Javelina’s at the back of my trailer 30 ft. away playing and rubbing up against each other…..Aint love grand?…By the time I grabbed my camera they had slowly moved off into the tall grass.(for those who don't know,Javelinas are wild pigs and can be dangerous.I once saw a pack of them attack an RVer’s dog right in the RV Park in Sierra Vista Arizona.

The campsites here are nice,some with plenty of shade and others open like I like, although they seem to be backward as the Ramada's are on the wrong side of the driveway.I guess its alright for motorhomes nosed in…Also the water and electric are so far back I hardly had enough cord to reach,even parked as far back as possible. 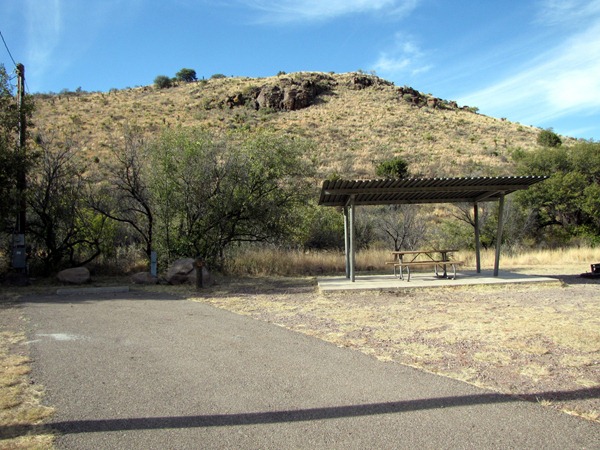 So there you have it….I’m looking forward today to doing some hiking and possibly seeing the local rare bird…..The Montezuma Quail. The altitude is 5000ft. and the daytime highs in the mid 70’s this week so life is grand.