A little Too Close To The Cartel Action.

At noon on Wednesday I arrived at Falcon State Park after a nice easy hour and a half drive down from Laredo.Little did I know what was happening a couple of miles away on the Mexican side that afternoon until I read this mornings “Borderland Beat” website.

This is a remote area and I can see the Falcon dam from my window here.

A little more of the story of what has been going on below. 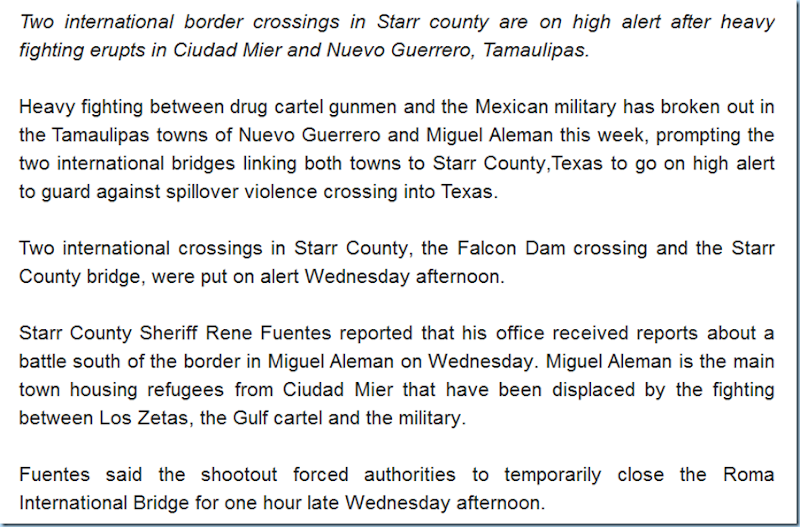 A map of the area….From the top to bottom covers about 15 miles as the crow flies.The green part is the State park I’m in.

Mier is the small city that is almost empty of all its citizens because of the cartel takeover.Most of the people have fled to Miguel Aleman on the border. 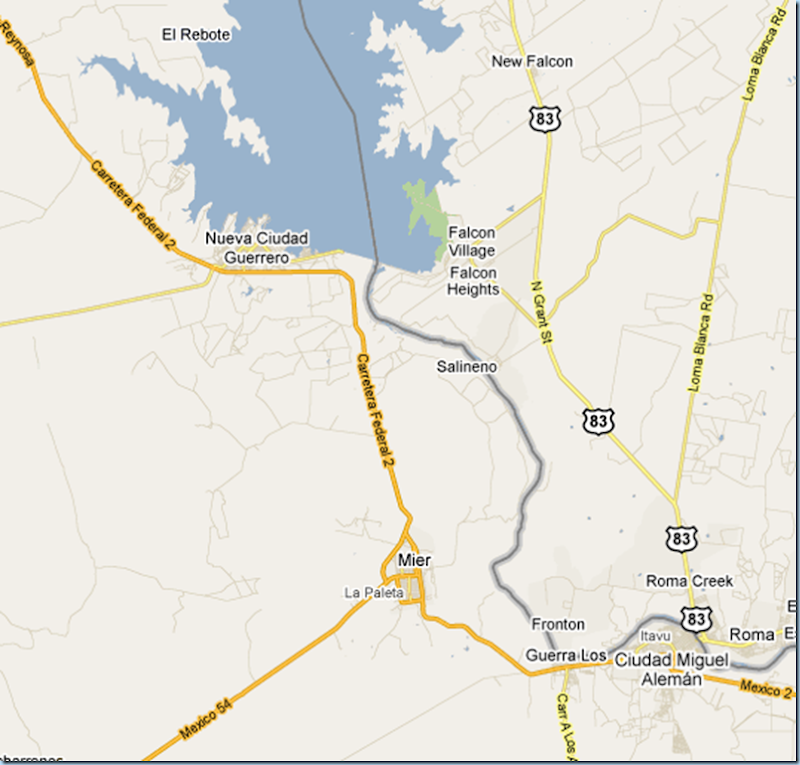 The Falcon Dam,near where the closest fighting was, is at the spot where the blue line is coming out of the lake. Of course that blue line is the Rio Grande river which is the US/Mexico boundary. 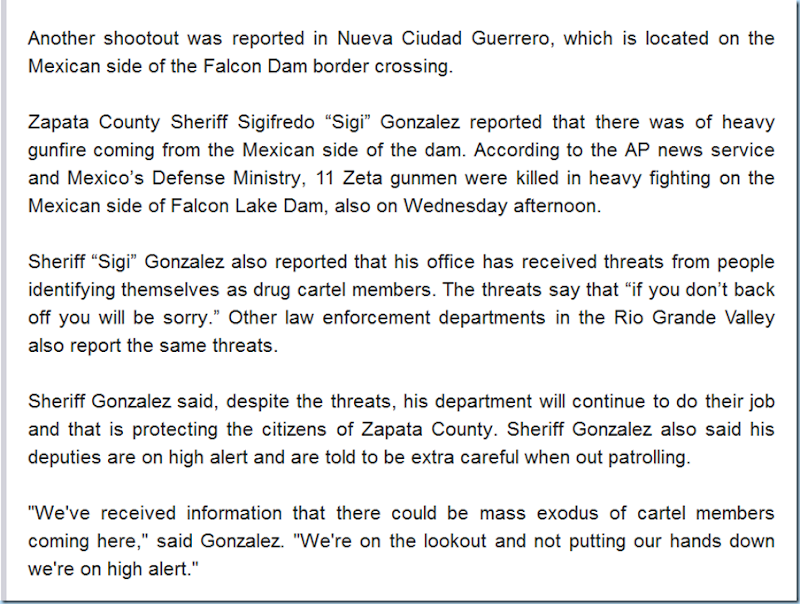 There is more on the website….Its amazing how bold and dangerous these cartel members are to be now threatening the US authorities.

This is the Dam area as seen from the park.Taken from the picnic area which is under water,due to high levels this summer. 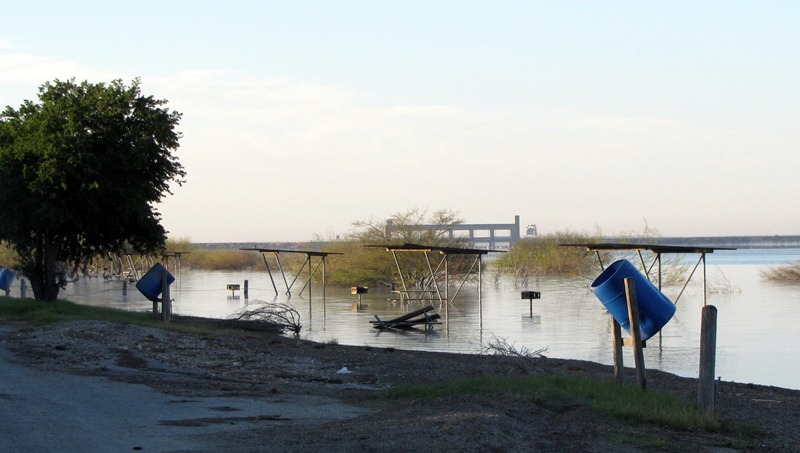 When I arrived Wednesday the elect/water sites were closed off with only the full hook-up area open, due to some road repairs in this almost empty park.

As nice as it might look, its crappy.The hook-ups are poorly positioned and the BURRS! That's the worse I’ve ever encountered,they are everywhere in the grass and every time I entered the trailer,I brought a couple of dozen in with me and Boy! Do they hurt! And to top it off the temperature was 90 degrees inside the trailer and not much cooler outside…………But!…..What a birding paradise….One of the top 3 spots in the whole valley. 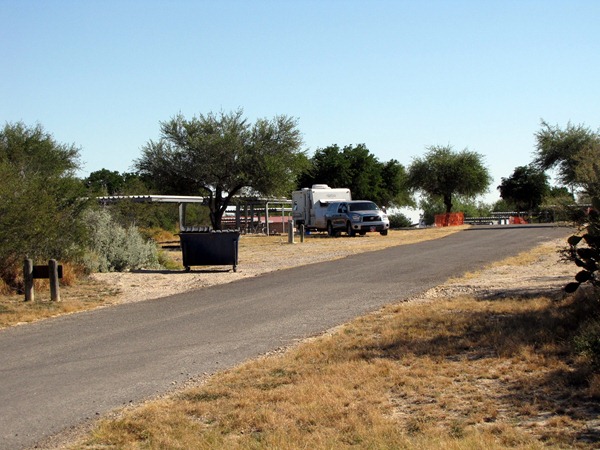 There's much more to tell as things are looking up and after 4 days of driving I’ve got the next three days of R and R here in another camping area that's burr less and maybe I’ll get to hear some gunfire from the assault rifles across the way.

Posted by Wandering Willy at 8:41 AM