From The Central Highlands To The Tropical Rain Forest…Catemaco Veracruz. 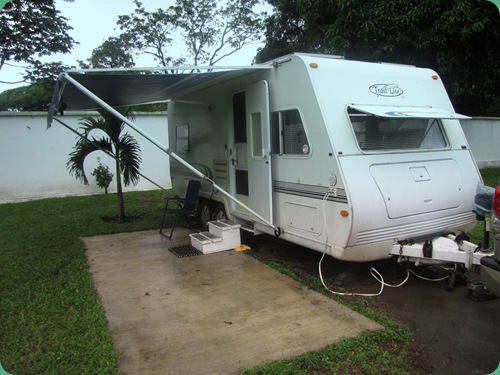 What I want to do here is go back and relate my trip from Cholula to here,while showing some rainy day photos of this beautiful park at Catemaco in the State of Veracruz.

I got an 8 am start on a sunny Saturday morning from Cholula.The quota(freeway)through Puebla was my first fast run through a major city since entering Mexico.It was 60 mph all the way through the heavily populated north side,passing the big Volkswagen factory. 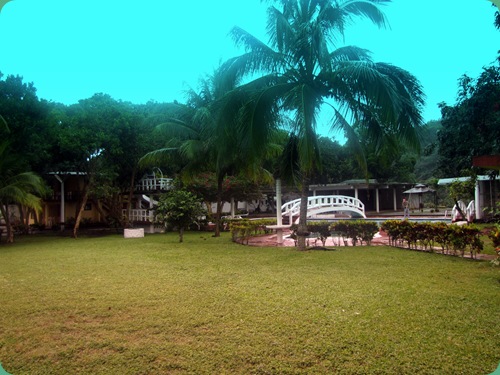 I soon passed Mexico’s tallest mountain and highest in North America outside of the Alaska/Yukon area,Pico de Orizaba,slightly taller than Poco,the one I showed last week.

By the time I got to the big drop down into Orizaba and Cordoba from the high mountains,it had clouded over and I was descending in heavy fog unable to see anything 50 yards in front of me.Thank goodness it was a 4 lane divided highway,as I dropped down and down like it seemed forever.There were many view points with plenty of people stopped,but for whatever reason on this day I don't know. 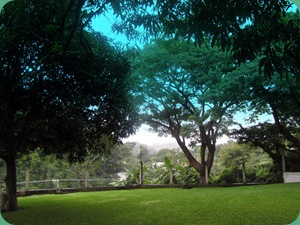 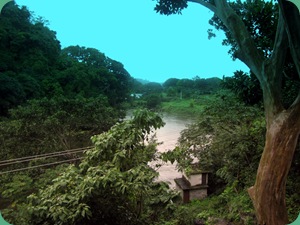 Finally I was down close to sea level on the gulf coast and the temperature had risen from the 50’s to the 70’s with a high thin overcast.

I had several ways that I could go to finish this days journey.I chose to stay on the Veracruz quota until the outskirts of the city.It was only 11am by the time I passed the final toll booth just before Veracruz,where I was to turn south on a 2 lane highway along the coast.

Well! All was fine for the first 10 minutes until I arrived in the first town,Paso del Toro and guess what?…Yup..Constructing a new overpass,lots of detours,no signage changes…Everyone is supposed to know which way to go.They were directing people over a curb to another street,but I chose to stay on the road I was on as it seemed to be in the right direction and besides I didn't want to be trapped in another narrow downtown street…Big mistake!

BELOW..Thick, typical jungle foliage across the river from the park. 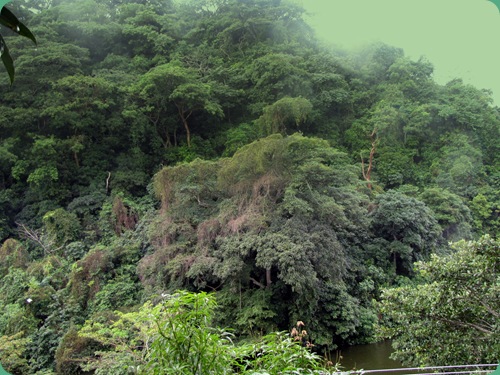 Well,that indeed was a big mistake,because I bumbled along for the better part of an hour,even stopped at a big Pemex and had lunch.Carrying on,all of a sudden I came to another freeway(quota).This is not supposed to be here,I said to myself.Then it dawned on me that for an hour I was going back the way I had come,only this time I was on the free road that parallels the quota,and was back where I was over an hour ago.

So down the freeway I went….AGAIN……Through the final toll booth…AGAIN..Paying 122 peso’s…AGAIN…And back to Paso del Toro and its construction,this time going over the curb and to the proper highway…..You know…I have no-one but myself to blame as I had taken the time to print out blown up maps of the area,and a quick check of the town names I was passing through would have told me I was on the wrong road with the first look. You guys with wives in the suicide seat doing the navigating….appreciate them……I sure miss my old navigator. In this country its hard to drive and look at a map, and many times hard to find a place to stop, to look at a map because your in heavy traffic with signs that are confusing, and several choices in front of you. 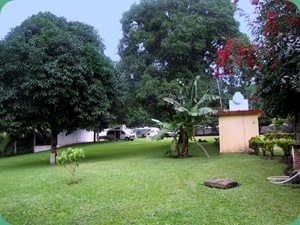 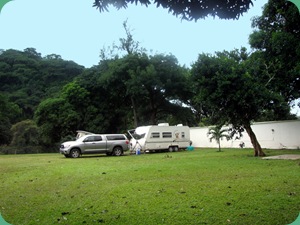 So now with almost 2 hours lost I headed south finally getting my first glimpse of the Gulf of Mexico and the nice little seaside towns along the narrow spit of land, north of Alvarado.Boy the smell coming from the little seaside restaurants,was so inviting,sort of reminded me of the south of France back in the 60’s,when all our camping trips went that way from our home in Belgium.

Soon after crossing the toll bridge at Alvarado,I started to climb back into the coastal mountains,and the weather turned to rain.By the amount of water on the ground I realized that this area has been getting rain for quite some time as I was now entering a rain forest area with thick,lush,jungle foliage. 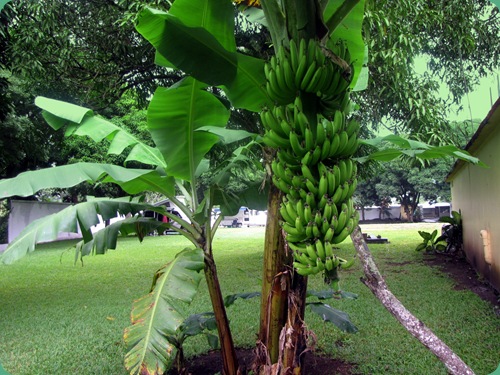 I                                I arrived in Catemaco around 4 pm,entering the park through the wrong gate into the cottage rental area and was met by Gene,the American who runs this place,who answered my 2 dumb questions with a smile and a yes…..Am I in the wrong place?….Am I going to have trouble getting out of here?

Below in the background is the cottage area that I mistakenly entered.I came close to trailer roof damage with those trees.

So,a little about this area….Catemaco is a small city on the shores of lake Catemaco,at an elevation of about 1100 ft.This area is known as the most northerly point in the world that has an actual “tropical rainforest.” And you know,I believe it because it hasn’t stopped raining since I arrived….but it is a pleasant change, nice and warm,not uncomfortable,just right around 70 degrees.In fact Gene told me that in his 10 plus years here,he hasn't seen the temperature ever dip below 58 degrees,day or night. 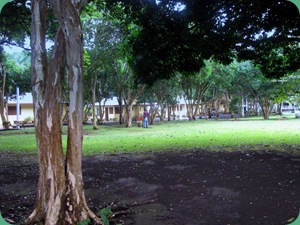 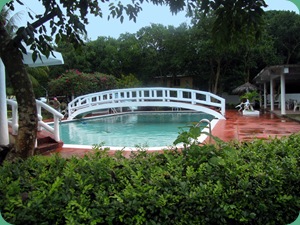 And here’s the lake which is just a 15 minute walk from the park.Actually the park,”Villas Tepetepan and RV Park,is on the river flowing out of the lake,as seen in the 3rd, 4th and 5th photos. 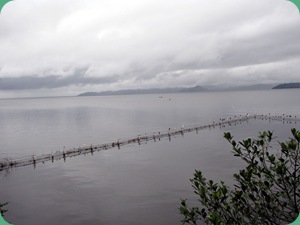 I will probably spend a week here exploring the area.Plenty to see.

Posted by Wandering Willy at 3:19 AM