A last Look at Maya Bell….A One Of A Kind…Funky Campground. 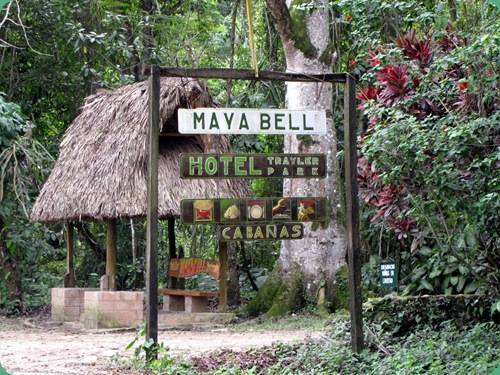 After 8 wonderful days here,its time to pull up stakes and move on.So this morning I’m off over the back roads of the Chiapas Highlands toward the west coast again.As this is close to the narrowest point in the country,a little over a days drive will put me back on the west coast beaches near the Guatemalan border.

After a fairly quiet week,this campground suddenly developed 7 more Rv’s in one day and its not that large a camping area.In fact the sites are so small that everyone needs a site and a half to be comfortable. 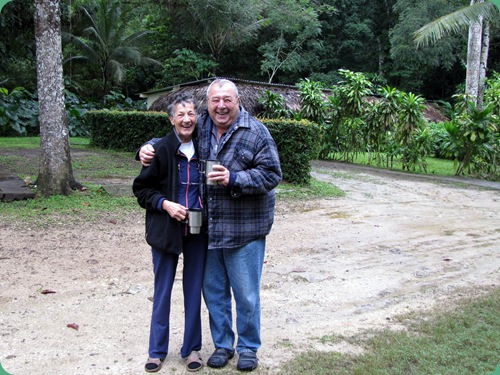 First off I want to introduce you to some of the people I met here.First off above is Genie and Herb,a German/Canadian couple from Surrey BC.These people are an absolute delight to have for camping neighbors,and they were a great help to me for general information when I first arrived.

They have been coming here for 12 years now and usually spend about 6 weeks every time.They are gone now and I miss them,although I will probably catch up to them somewhere here in Mexico,as is usually the case with RV’ers.

Now some of the younger people here that are regular fixtures for the winter season. 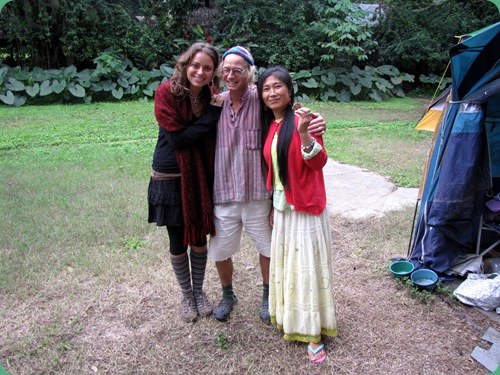 Above,is an international mixture,left to right are Alessandra Della Porta, from Rome Italy,here for a couple of months.She is a singer who performs during the nightly live music that is put on by the owners here.

In the middle is a delightful winter regular from Germany,Dieter Rucks,who has a Hyundai Van that he leaves here year round.He fly's back to Germany to work for the summer to earn enough to come back the following winter.

And Hitomi Hasegawa from Japan.She is a free spirit who has been travelling the world on her own for the past 12 years.The only continent that she hasn't been on,she says, is Antarctica.

Below is Alessandra holding a little girl from France.All of these people speak excellent English,so its very easy to get to know them.They seem very open about their lives.Just a delight….Its strange listening to see which language they use to talk to each other.Yesterday I overheard Dieter and Hitomi speaking Spanish to each other, even with a perfect command of English between them.I wish I had that kind of talent….Just too old I guess, and I have a hard time just remembering my own name. 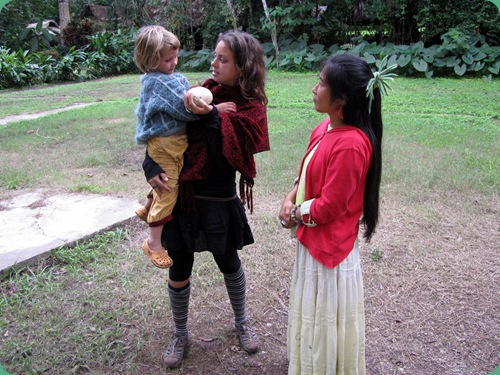 Its quite an interesting mixture in this Hotel/Campground complex,with a large daily turnover of visitors.I see dozens of new faces coming and going every day,so I have had the chance to talk to many of the backpackers that wander by.Many young people from the US and Canada,stop to talk,along with a few Europeans.

Below is an impromptu music session that just happens,then people gather around.All adding to the wonderful atmosphere of this place. 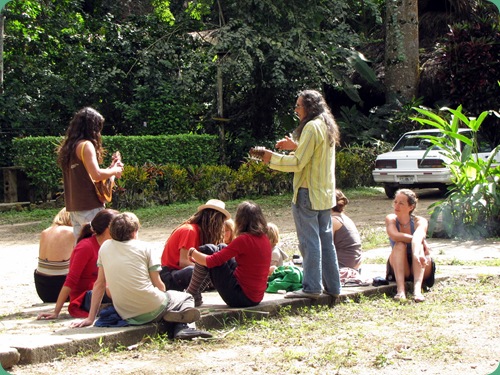 In case your wondering,I see no drug culture here.Hard stuff is prohibited by the owners with the exception of weed,and I have not even had a sniff of that coming from anywhere,yet.

I’m trying to get as many bird photo’s as I can while I’m here,as this place is a birders paradise,but with the weather and dark days,has been almost impossible.The sad thing is that there are many, but they never stop moving long enough to get a good shot. 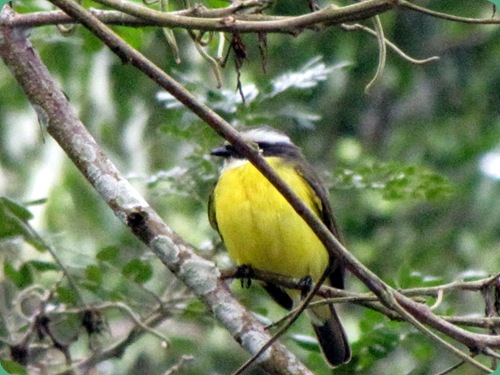 This Great Kiskadee did give me a chance.There were many at Villas Onac before Xmas,but they never stood still. 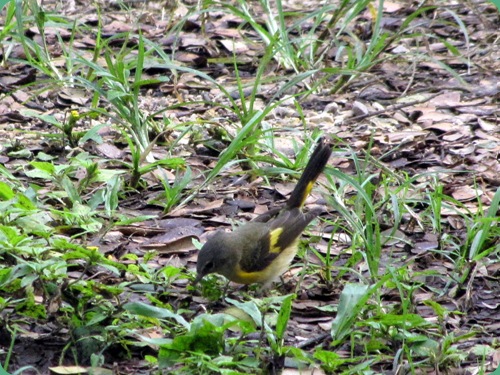 And correct me if I’m wrong but I think this is a Common Tody Flycatcher.They are in this area.

I really want to see a Toucan as they are in this area and have been seen by some regulars.

And a pretty FLUTTERBY,as my kids used to call them when they were little. 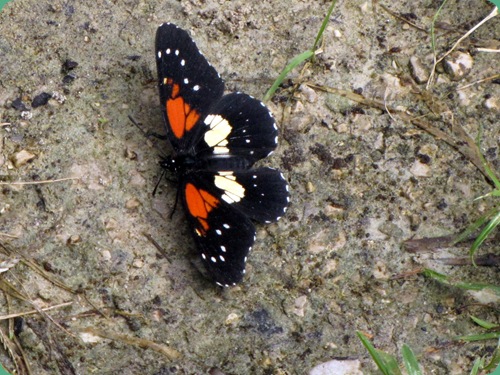 Well,in a couple of hours I’m off on a road that will be my greatest challenge so far.From talking to some of the snowbirds who have travelled the route to San Cristobal over the Chiapas highlands,I’m looking at a slow 8 hours just to go about 130 miles.

Now I find that the popular Campground at San Cristobal,(Bonampak Empress Hotel and Trailer Park)has unexpectedly been closed to camping just this week,while renovations are going on.My neighbors here tried to get in 3 days ago and were told to leave,so I don't know how long this is going to be in place.So I guess I’ll find myself a boondocking spot for the night.

Until next time, from somewhere.

Posted by Wandering Willy at 1:30 AM