A Sunday Afternoon Stroll Along the Lakeside Malecon Of Catemaco 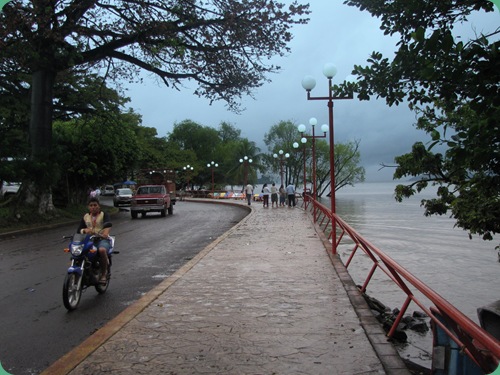 The drizzle was finally easing off in the late afternoon,so with raincoat and camera,I headed down to see,Whatup in this town.

Again I’m finding another pretty little resort city,and on a Sunday afternoon most of the town is on the Malecon because that's where the action is.

I met my campground neighbor Michel,from Quebec,doing the same thing so we strolled along together taking in the sights and people watching. 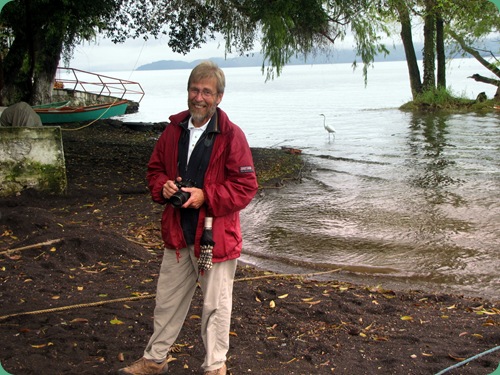 of course we had to take each others picture on scene.Michel and his wife are on a slow trek to South America with their Pop Top Van Conversion.He’s quite an interesting fellow to talk to. 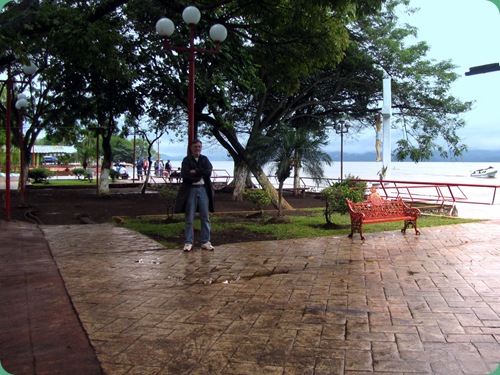 These nice little outcroppings along the Malecon are really nice,with restaurants and boat rentals to go out and see the monkeys on one of the islands. 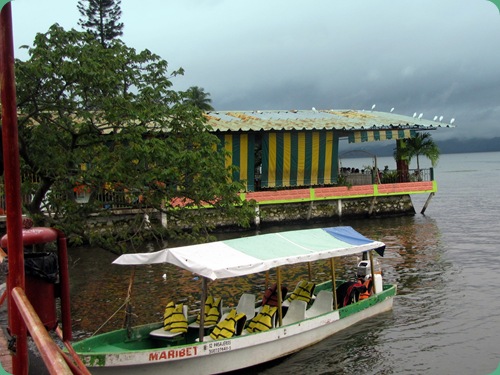 One of the restaurants with egrets on the roof.And below is a look inside one of several lakeside restaurants that are built out over the water.how nice all this would be on a sunny day,but this is the rain forest country.Thank goodness it is warm. 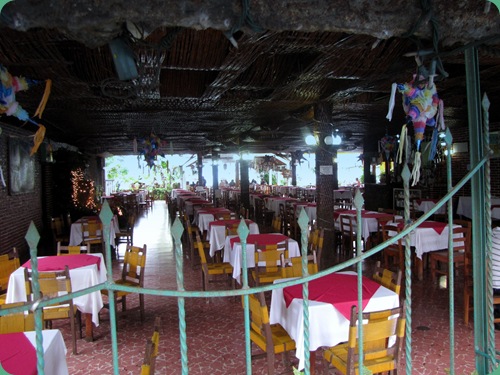 There are quite a few people in there,but all are sitting out, overlooking the lake.

Below is one of the many bars and hotels across the road from the Malecon. 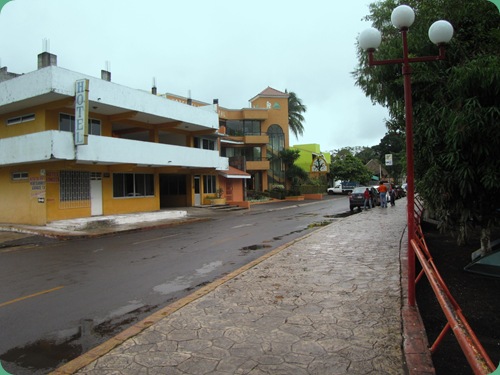 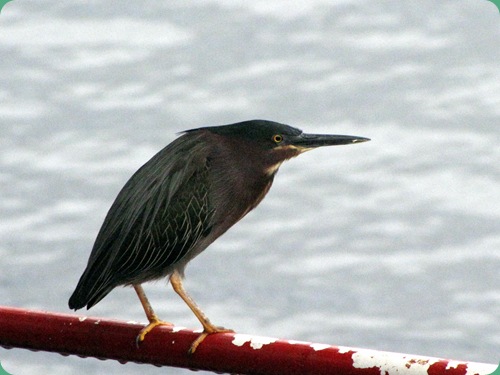 I stopped to watch and photograph this bird,but I’m having trouble with identification.It seems to be a Kingfisher of some kind or a Mot Mot.It acts like a Kingfisher, but its the short stubby tail that confuses me.None of the Kingfishers in the bird book have a tail like this.Any ideas anyone?

Further along Michel and I came upon this gold statue. 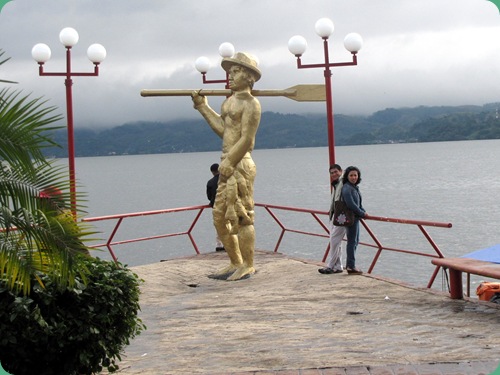 Then shortly after,we came across another gold statue of a cowboy,and kids were getting their pictures taken beside it…………Then to my surprise,it moved…..revealing a real person who did very good mechanical movements.With his gold painted face and hands,he had me fooled until he moved. 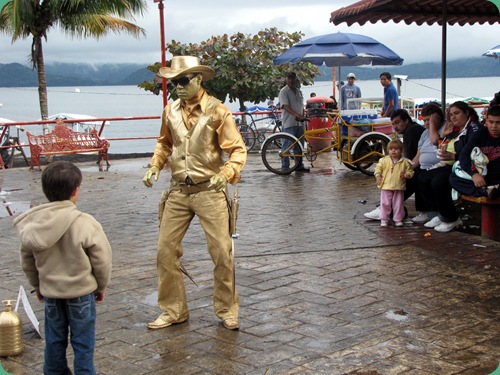 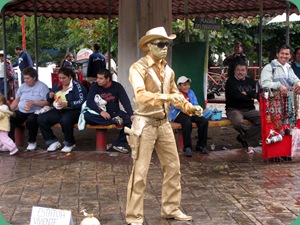 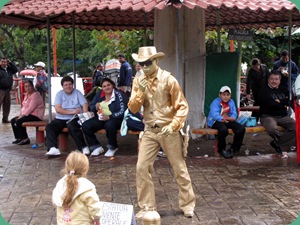 He was really good, and amused the crowd.Making the kids jump and run,never saying a word or changing expression.

And speaking of kids,this cute little girl was clowning to the cameras further along.She posed nicely for Michel,but when I tried to get a shot,she ran to mama’s side.Must be my FUR FACE. 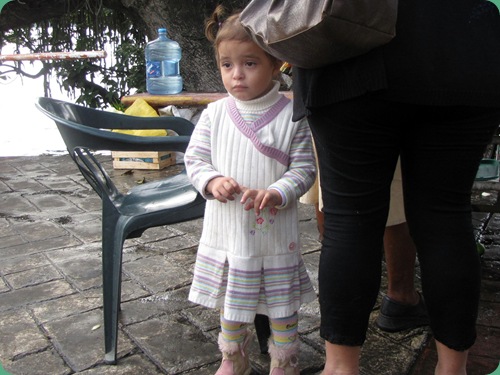 As I write this blog entry in the middle of the night,the rain has been thundering down for the last 3 hours.The windows are open and its mild and fresh,but enough is enough.Yesterday was mostly light mist to light drizzle,so I took advantage of the washer and dryer 50 yards away,to get caught up on my “ropa sucia.”

We have doubled in population here in the campground as 2 more couples have arrived since my grand entrance on Saturday.(Wrong way Willy strikes again).So now we have one Ontario rig,one Quebec,and 2 BC’ers.

The weekly rate here sort of trumps the daily,so despite the rain,will probably stick it out.It is a nice area with plenty to see,but some dryness would be nice.

Posted by Wandering Willy at 2:27 AM