From The Valley Of The Snake 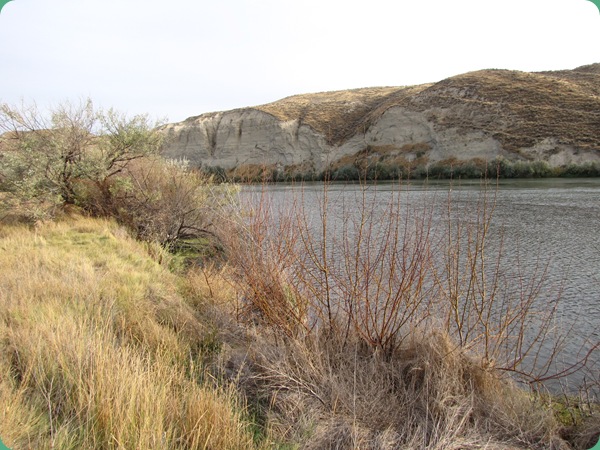 After yesterdays leaky toilet troubles,I am finally back on track and overnighted here at 3 Island State Park just outside the small town of Glenns Ferry Idaho……But to go back… 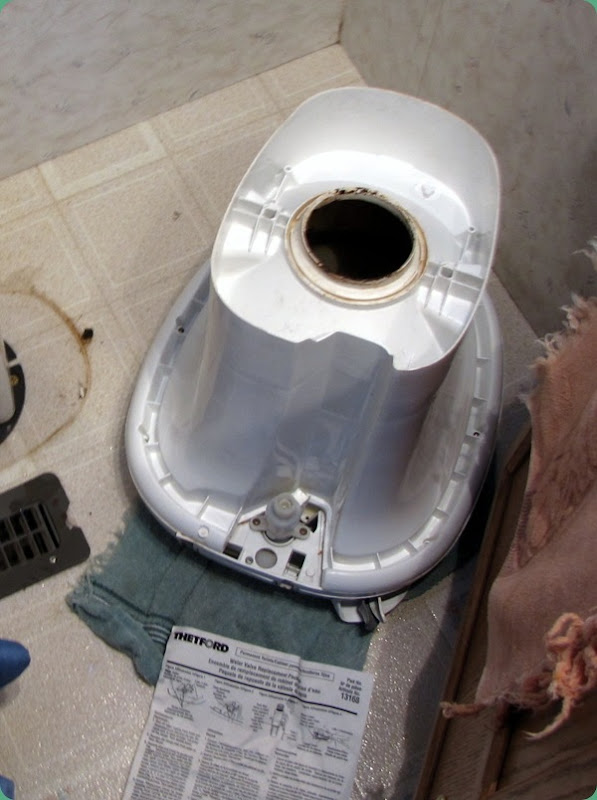 Yesterday morning I got breakfast and dishes out of the way in case my water system might be down for awhile,then rolled up the sleeves and got to work. Luckily I was able to find the new valve stowed away.I purchased it many years ago in case I ever had failure while in Mexico,where parts like this are non existent.

And it was nice to see a new seal and good instructions in this $19.95 package.I bet it would cost 3 times that now. It took me close to an hour to do a job that next time would take 15 minutes,but I didn't want to screw up…..cuz I’m sorta famous for making dumb mistakes in my haste to get a job done. I still don't know what was wrong but installing the new water valve  solved the problem.I saved the old one to inspect later when I have time. 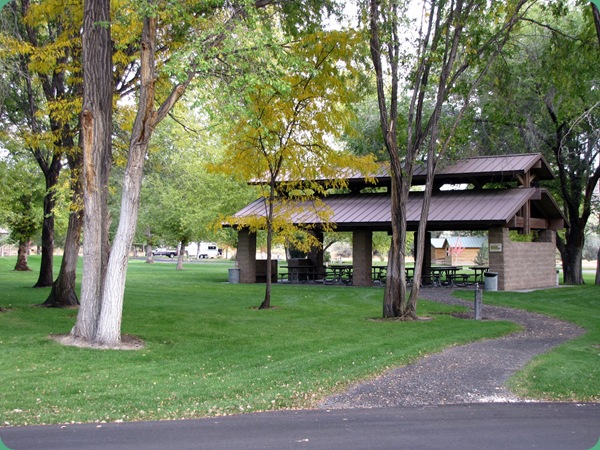 I finally got on the road around 9am,another sunny mild day,first passing through Pendleton Oregon on the Interstate,where I noticed the Large “Keystone RV” factory with a big sign out front…..Hiring line workers…..so there are jobs to be had in this area.

Then southeast through beautiful mountain country with pine forests and rolling grasslands all the way to the Idaho border where I passed the rather large “ORE-IDA” potato processing plant in Ontario Oregon.

Then across the Snake river and into the State of Idaho…….Time to gas up again….Hmmmm will my card work at the pumps this time….I’m batting 0 for 2 so far….I came across a Sinclair station in the middle of nowhere called “STINKEYS”….at first as I approached I wasn't sure if it was even open as it looked like it had seen better days…….But surprise surprise my card worked at the pump….It gave me the option of pay outside or inside which maybe a clue that I have been missing,because it asked for a pin instead of a zip and I was in business………So all I can say is that my visit to Stinky’s came out smelling like a rose:)

After passing through Boise and a time zone change,it was getting into mid afternoon,very short of my intended destination of jackpot Nevada,so having been here at this State Park about 5 years ago, I new it was a nice stop to make….And a little quieter as the noise of trucks all night was getting to me. 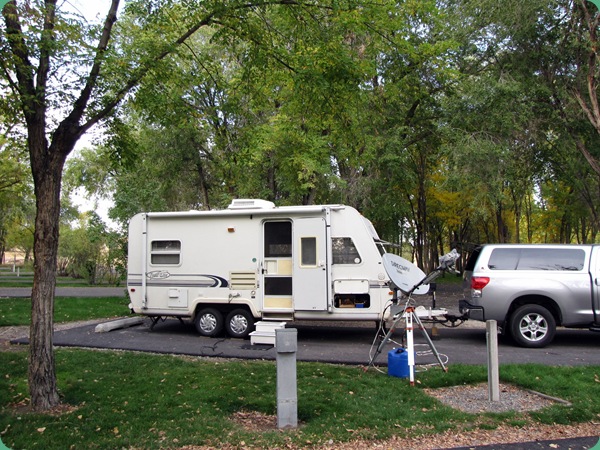 This park sits down on a lush bench along the Snake river,a nice contrast to the dry hills surrounding it.And the temperature got close to 70 degrees upon arrival. 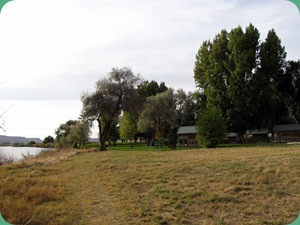 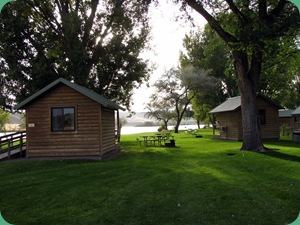 It very much reminds me of the Okanagan Provincial park back home,in fact it has much the same foliage for example these olive trees below. 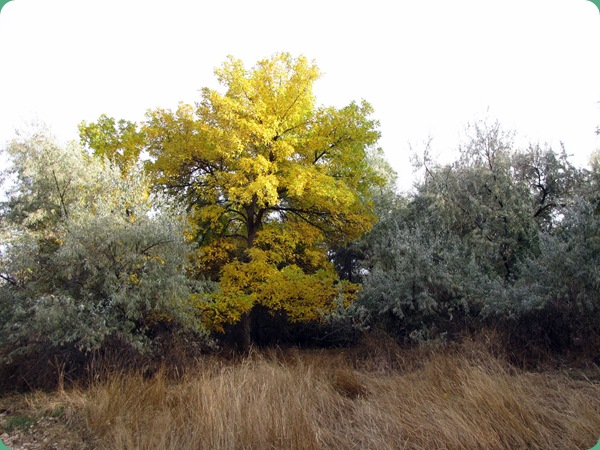 So in a couple of hours I will hit the road and enter some new undiscovered country.I decided to change my route a bit and stay on this Interstate instead of getting off at Twin Falls and heading into Nevada……So I will carry on and weather the storm that many call…….”Driving through Salt Lake City.”…….I’ve heard many complaints on the discussion forums,so I’ll find out for my self……I hope to make Utah Lake State Park in Provo by this afternoon.

Posted by Wandering Willy at 4:58 AM