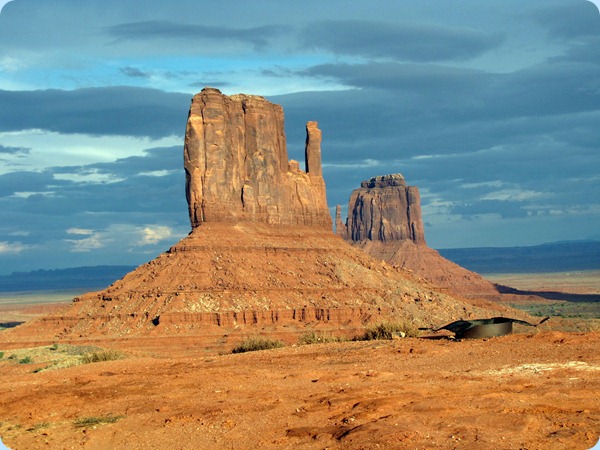 I arrived early Saturday afternoon after a Wal-mart stop in Page and a Burger King break in the Navajo town of Kayenta.By the way it was my first fast food stop of the trip.

no pun intended) and the camping area,10 bucks a night is just a big dirt parking lot….But wow! The view while parked here sure makes up for it. 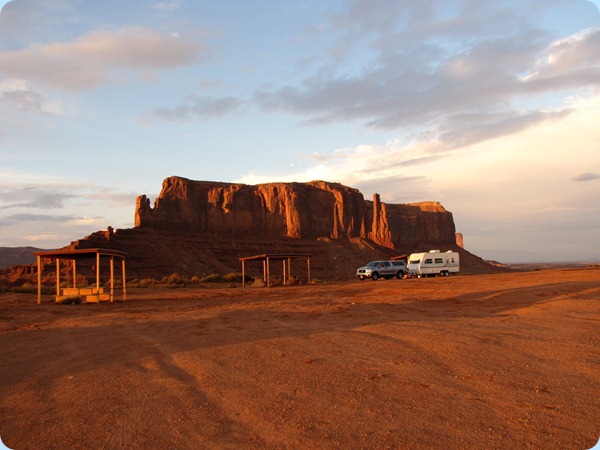 Its also a parking lot for a hiking trail the begins here, and there have been many horseman coming in with their trailers and heading out across the desert like the 7th Cavalry. 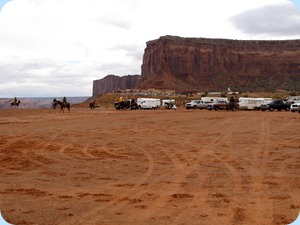 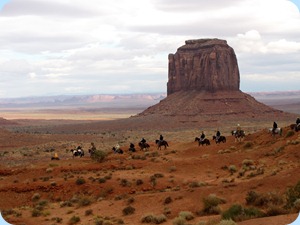 I only shared the big parking lot with 4 other campers the first night so it was just like spaced out boondocking.But last night another class-c rental decided to park 25 ft. away…….sheeesh! Again?

I’m so overwhelmed with this area,as an old western movie buff,I’ve been waiting a long time to see this place where John Wayne made so many movies using this as a backdrop.In fact this past summer during the slow TV season,I watched about 4 old movies filmed here and it just wetted my appetite even more to see this part of the country.In fact one of them won a cinematography award for filming in a thunder and lightning storm.They wanted to run for cover while filming,but the director thought it would be a great effect so they kept on filming and it was spectacular.The sad thing is I cant remember which John Wayne movie it was….maybe The Searchers? 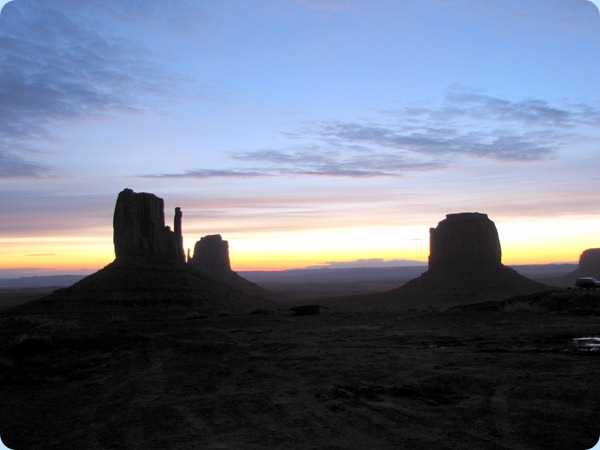 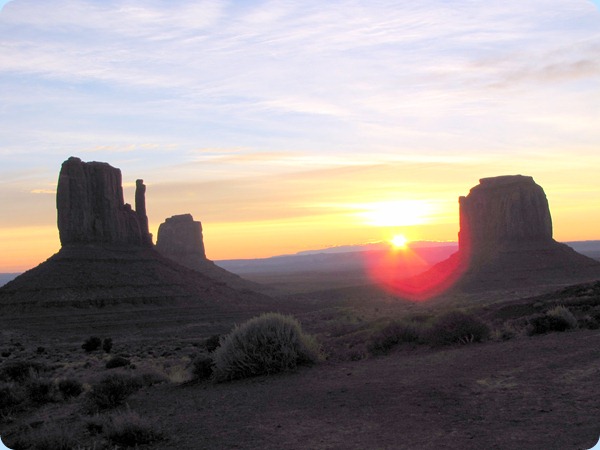 Thank you Picasa for your enhancement abilities on these automatic point and shoot shots.

Later in the morning when it warmed up a bit,I set off with the truck to travel the 17 mile round trip road out into the desert.This is the only one that the Navajo allow you to be on and all I can say is it was the roughest excuse for a road that I’ve ever driven on, with huge imbedded  rocks and sand……It sort of reminded me of a road construction detour in Mexico.

Most of the driving was at just above walking speed with a few stretches where I got up to 12 miles per hour.I didn't think the truck could twist like that………Just to prove that I’m really here…..And that's not the road I’m talking about. 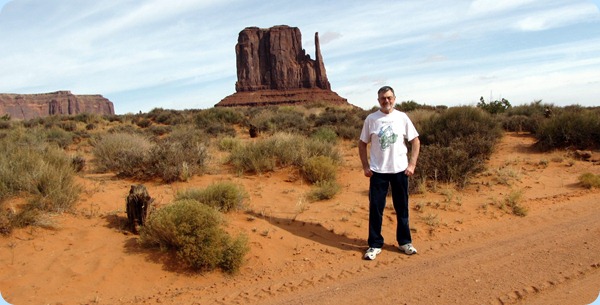 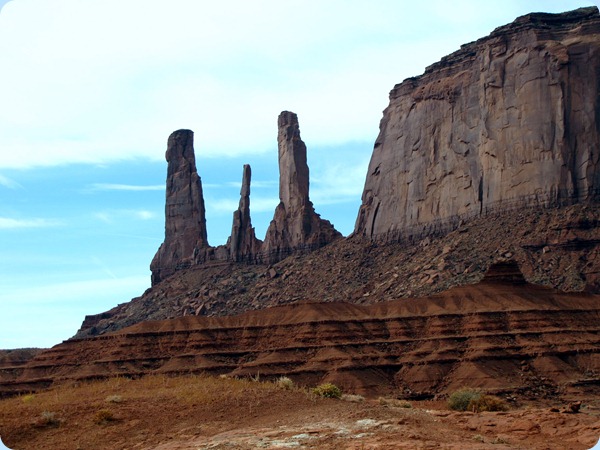 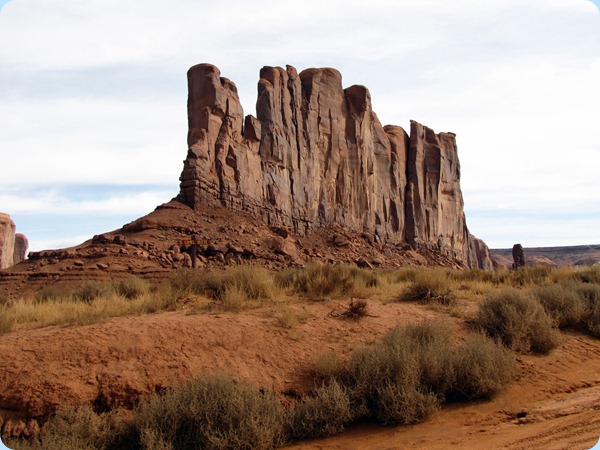 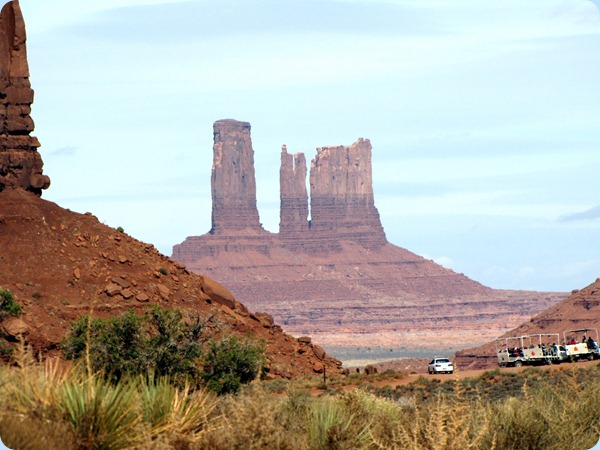 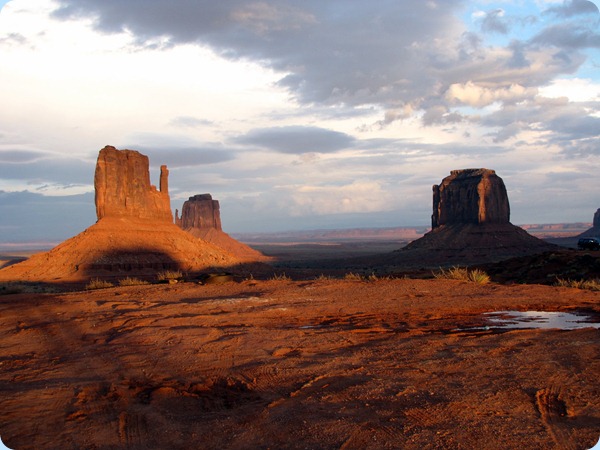 And finally,across the parking lot and up the hill is the Visitor Centre complex with hotel and restaurant/gift shop.And a huge parking lot which most of the time is fairly full…..By the way……Bought the Tee shirt…..You know..binderdonedat…btts. 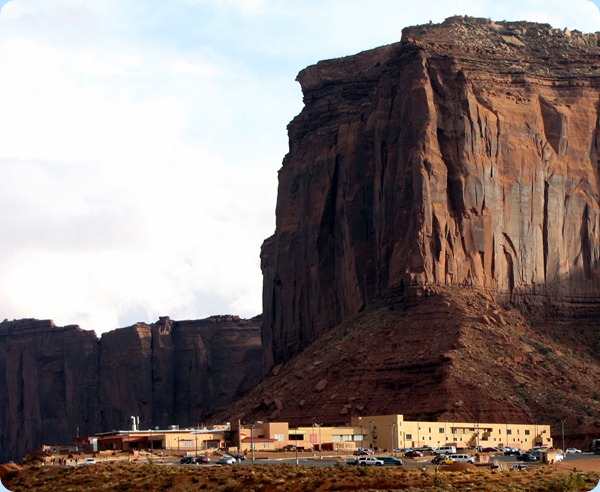 This is a small taste of the 90 photo’s and and about 15 video’s that I took for a keepsake of this wonderful place.

The weather has been cool and mostly sunny in the 50’s with fairly mild overnights, considering its above 5000ft……But man! Does that old desert wind ever howl at night.

This morning I’m off to Canyon de Shelly about 3 hours away.I’ll still be on the Navajo Nation……..All I can say is that this is one hellava big Rez.

Posted by Wandering Willy at 3:38 AM