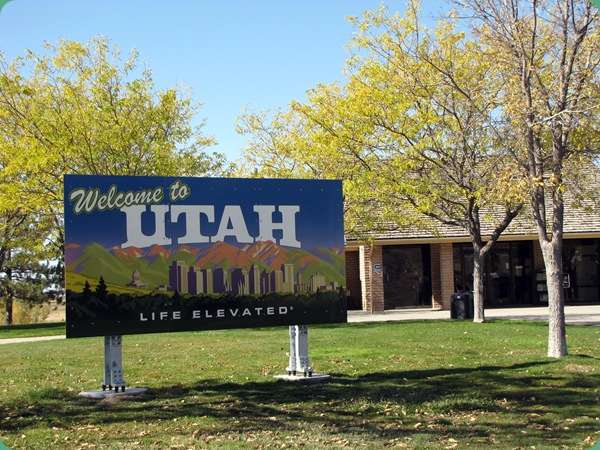 This was taken at the Rest Area/info stop just north of Brigham City Utah.

It was pretty much a relaxing days drive on a quiet interstate and the only photos that I had a chance to take were either at rest stops or out the window while moving.

My first stop after leaving the State park was at Burley Idaho,figuring that I better fuel up again before hitting the desolate stretch where I-84 dips down to the southeast toward Utah.

I quickly found another Sinclair station,and to keep this train of thought going,my Bank of America card worked again at the pump….this time I just inserted the card and the pump just zero’d….No pin..no nothing…..Oh I like this!….Next a quick visit to the Wal-mart down the street for a few groceries…..I like what I see of this town,modern and progressive looking and a joy to drag a trailer around its quiet, wide streets.

A Rest Area just before the Utah border,looking through the spruce tree.This is at an elevation of about 5000ft with a brisk but fairly warm breeze,which was also a nice tail wind for me.The whole area is in a bit of a spruce forest. 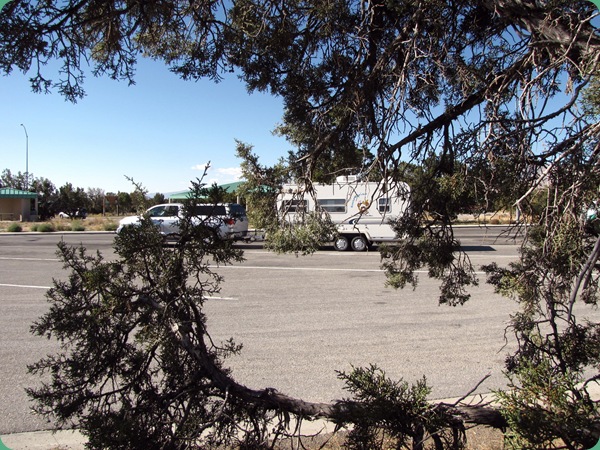 Then at about 1pm local time,(I’m staying on pacific for now)I stopped for lunch and a short nap at the Brigham city rest area.We are starting to get closer to the mountains now. 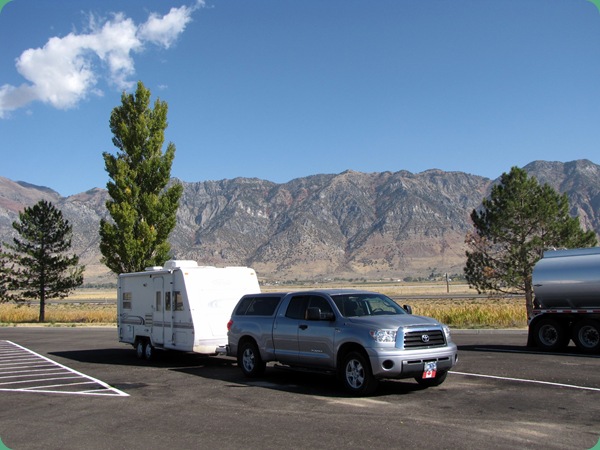 Refreshed after lunch and a nap,it was time to hit the Salt lake City area. 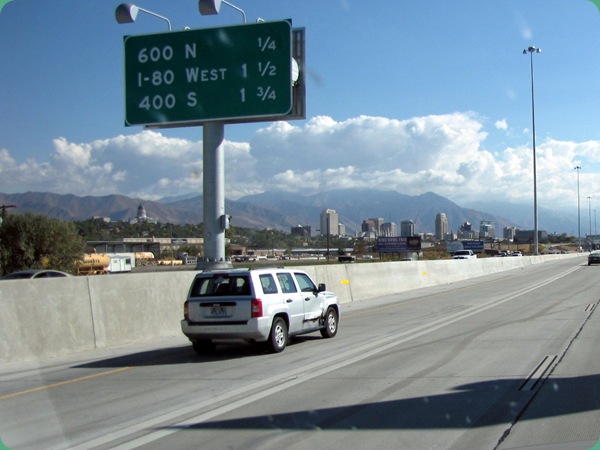 Actually it was very quiet until I passed the downtown area,then all hell broke loose from there south for the next 45 minutes with all the populated suburbs all the way to Provo,where I am now.Construction didn’t make it any easier also.Finally the off ramp and about 2 quiet miles over to Utah Lake and the State park where I found the campground almost deserted.(Just how I like it)and hey! A warm 70 degrees. 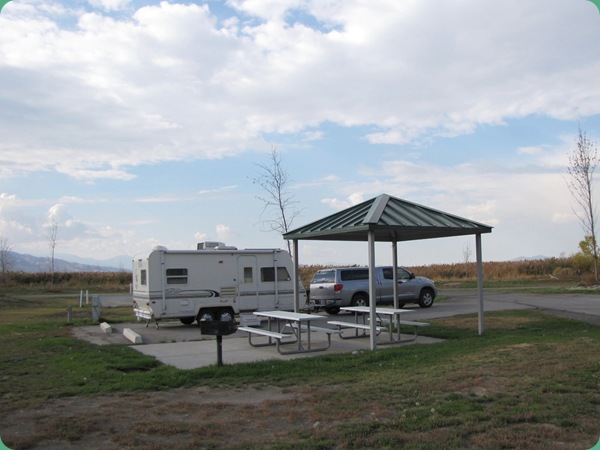 When I was setting up I noticed one trailer hubcap missing and figured that I dropped it when I hit some construction coming down the off ramp,so I thought I need some exercise,maybe I’ll walk back and hope to retrieve it,if someone hasn’t run over it………..:(….Dummy!

I didn't think it was that far back when I set out but an hour later I arrived at the off ramp.(This was at a fast walk pace) And to make matters worse,no hubcap……Sheeesh! All this for a $4.00 hubcap.So after another hours walk back to camp I now know what my hiking limits are when I hit the National Parks.

Here’s some scenes taken around the marina here. 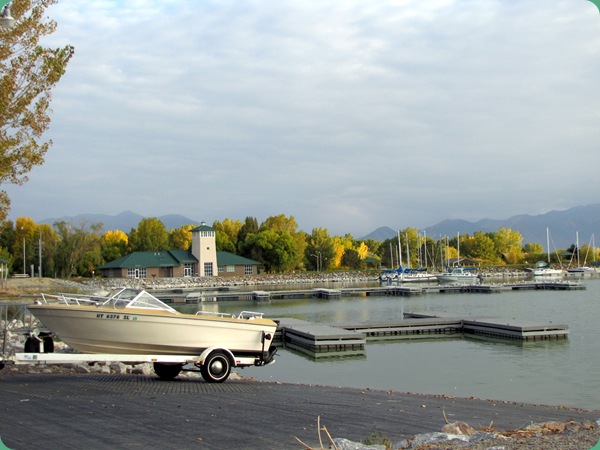 The fellow was just taking his boat out of the water as some dark clouds where coming off the mountains. 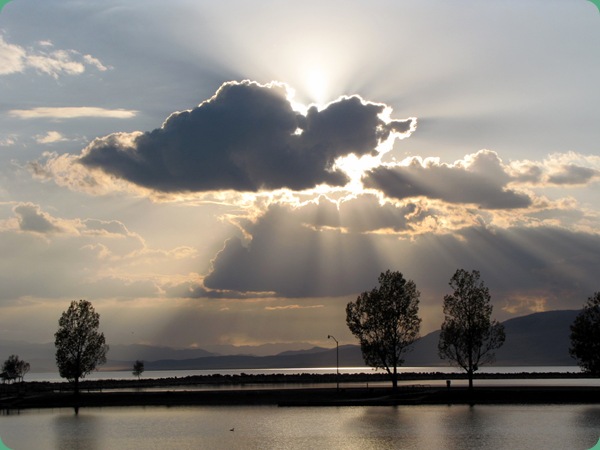 I wanted to see what my camera would do with this into partial sun,shot across the lake.

So today I have a shorter journey of about 200 miles as I head further south and over the mountains to the town of Panguitch,where I will spend a few days stopped, for a look around Bryce Canyon National Park……As a post script…..That drive through SLC still wasn't as hairy as the Everett/Seattle/Tacoma run………………Good night Mrs.. Calabash.

Posted by Wandering Willy at 6:16 AM