I’m still trying to pronounce the name of this small city.Its almost as difficult as trying to drag a trailer through its narrow streets.Yes wrong way Willy had lots of that yesterday……Again. 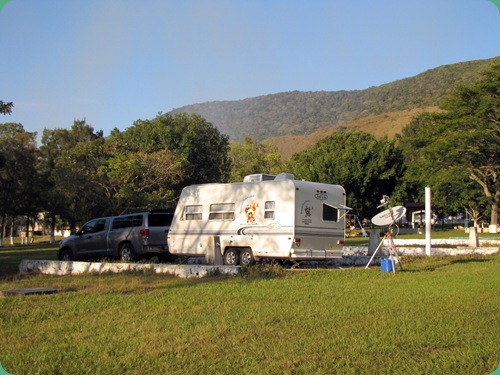 I got a nice early 7:45 start out of Maya Bell yesterday,on finally a nice warm sunny day,in fact the overnight was the warmest I have felt since arriving on that side of the continent 2 weeks ago. 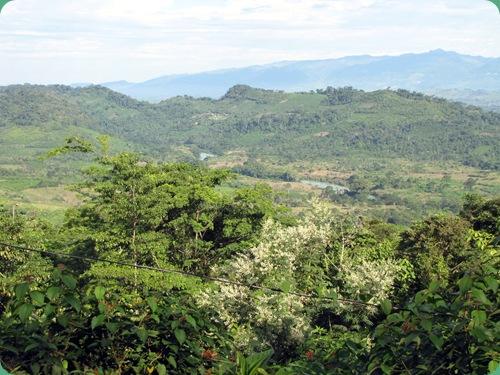 I knew the Chiapas Highlands route was going to be long…slow…and grueling,and it was.The first 2 hours I really enjoyed,traffic was light,the scenery was breathtaking and travel was on an average of 25 miles per hour most of the time as the road winded and twisted up and down and around forever.

I got stopped once as I rounded a corner and some Indian kids had a rope across the road to stop me so that they could sell me something.Boy!They don't take no for an answer as they clung to my partially opened side windows.I wish I had taken a picture,it was priceless,the camera was on the passenger seat beside me,but I didn't think of it until after,and another opportunity didn't come up.In fact that might of scared them off as the Chiapas Indians don't like having their picture taken,I hear.Anyway a few tossed coins scattered them fast.

Just on that note,I was impressed with the way these people dress in their colorful outfits,of which many booths along the road had the colorful blouses and dresses for sale. 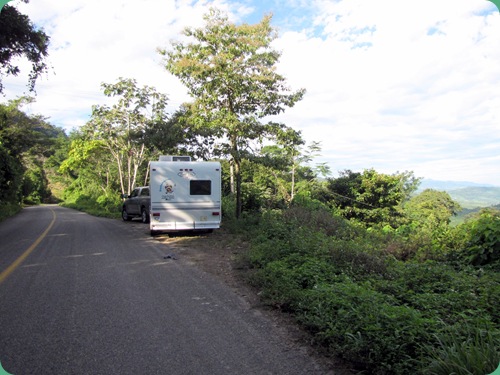 There were very few places like this above to pull off and I saw some absolutely gorgeous scenery yesterday that will only be a photo less memory.

By early afternoon I was almost all the way to San Cristobal and better roads.Being severely POed by this time as I had missed several topes(speed bumps)at a good clip and everything inside the trailer was in disarray. No matter how much you try,its impossible to see them all.And they put them in the most unsuspected places,like out in the middle of nowhere on a straight run with no population around.A small village a hundred yards long doesn't need 10 of them.2 will suffice,one at each end….Sheeesh!

I looked for the boondocking spot in San Cristobal,that I was told about, since the local campground had closed last week for renovations of the adjacent hotel.But the traffic and dusty streets were just too much for my patience at this point.And as much as everyone says how much they love touring this city,I didn't see anything better than I did at Mazametla at Christmas time.Same 7000 ft pine forest climate and colonial look.

I pressed on toward the city of Tuxtla Gutierrez on a brand new wide 2 lane toll road down the mountain,where we dropped from 7000ft down to about 2000ft in a matter of about 15 minutes.You could almost see the valley floor from the top,through the smoky haze.What a fantastic view that was.60mph all the way down,no switchbacks,just a gradual drop down the mountain side.Lots of run-away-ramps.The Mexicans are smart,they paint a red line in the middle of your lane for about 2 kilometers before you reach the run away ramp,then the red line follows up onto the ramp.No missing it in any condition.

More frustration in Tuxtla,a city of half a million,afternoon rush,yes more construction detours with no signage as to where to get back on track.Lined up traffic not moving,a couple of female traffic cops trying to control the traffic and me asking one of them,how do I get out of here?She talked so fast,I could only get the gist of her directions enough, along with my lame Miss Garmin,constantly recalculating….recalculating,well you get the picture.For me this trip,its a whole album. And to top it off…..It was 94 degrees.

Finally just after 4 pm and a few more wrong turns,Miss Garmin,she directs me to turn,then recalculates to get me out of there the wrong way on a one way street.But she finally got me to the Orphanage. 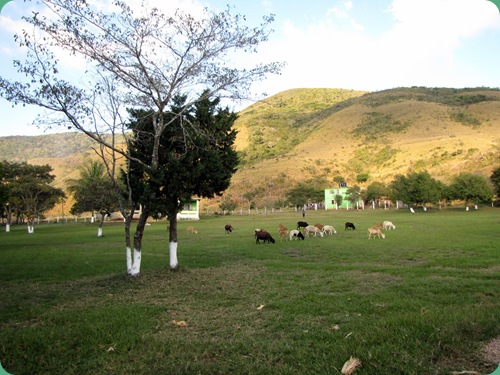 As you can see its quite a large area,with a few shorn sheep grazing. 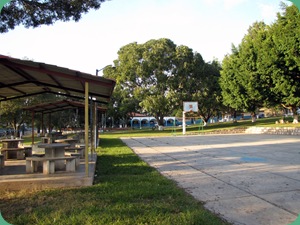 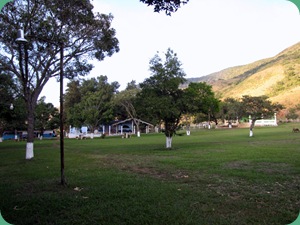 Several buildings and sport complex.They have 4 RV pads here with water,electric and grey water drains,and they wont except any money.Donations can be made through a non profit organization in the US.And again I got lost finding the RV parking,but Jose, one of the kids jumped in and directed me. 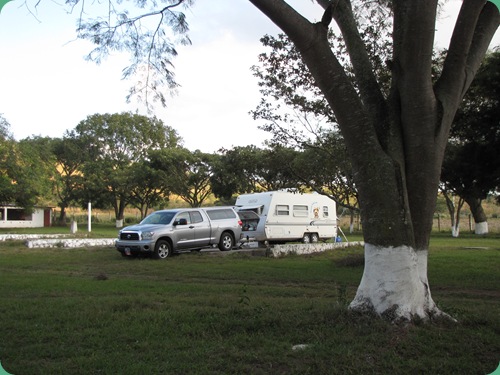 You can see the 4 nice paved pads in the photo above.

So!…Another day of travel under my belt,and today I will carry on to Puerto Arista,a little known beach area south of here.Wow!Just think,I’m about 600 miles beyond Acapulco toward Guatemala.I think If I had to return home up this coastal road,I would be 90 years old by the time I got home.So after I get “beached out” a little and enjoy some heat and warm water,I’ll go back inland towards Oaxaca and around Mexico city,a much shorter route.And I still think,out through Texas.

Posted by Wandering Willy at 2:47 AM