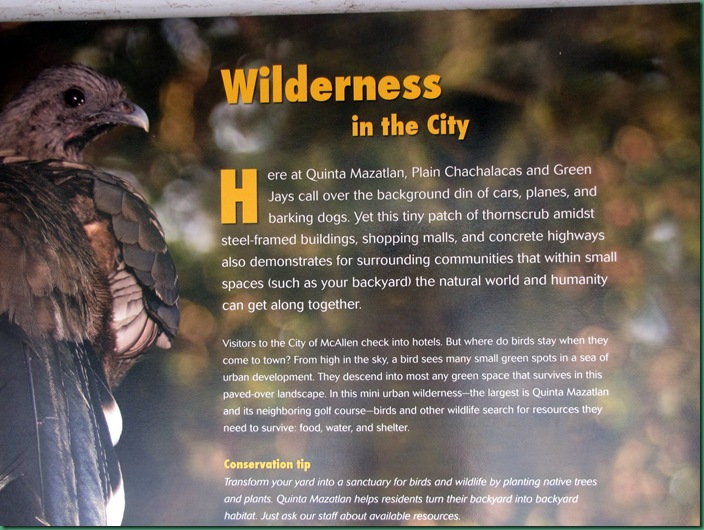 Again the best and I guess lazy way for me to explain this location is to copy from sites that best describe it.

It was a week ago that I discovered that this location was really only a few minutes drive from the motel that I’m currently residing in,so as someone with a passing interest in birds but not a lot of identifying skills,I set out last Saturday morning fairly early to explore this place. 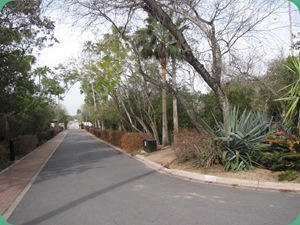 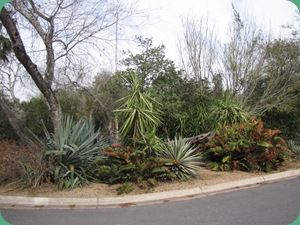 Its,as explained above, an old Spanish Hacienda surrounded by city,in fact the airport is across the road and a huge shopping mall is a block away.Luckily a golf course is also next door adding to the already quite large green space.

When I first entered the grounds,I was greeted with a very familiar sound from Mexico,as I used to hear this every morning during my several stays at Celestino RV Park,but could never locate them.They are the Plain Chachalacas. 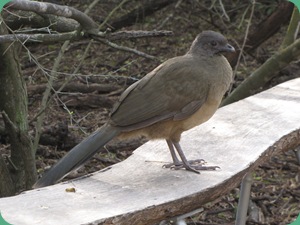 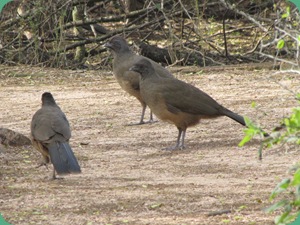 They are just a little smaller than a chicken,and very noisy when they get going in a group.This is the closest I’ve ever been able to get to them.Just a few feet.

Below more views of the hacienda and grounds. 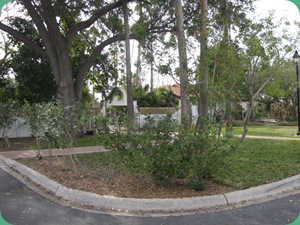 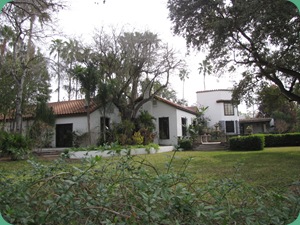 This Rio Grand Valley is probably the top birding spot in all of the USA with more species found here than anywhere else.

It is the home to many tropical species usually seen further south in Mexico,for example,the Green Parakeet and Red-Crown Parrot can be found all over the Valley.These birds are thriving here as poaching in Mexico has lessened their numbers.

What I had hoped to see and maybe still will,is the Green Jay.This bird is also native to further south but is doing well here along with the Brown Jays,which were in abundance at Palenque Chiapas when I was there a few weeks ago.

Below is what I think is the very striking pair of Green Jays .I still hope to see one before I leave here. 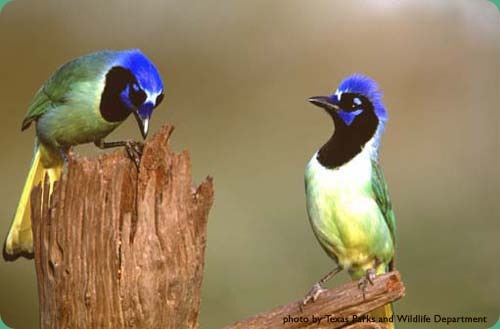 And here is a shot of what I believe is the Tropical Kingbird. 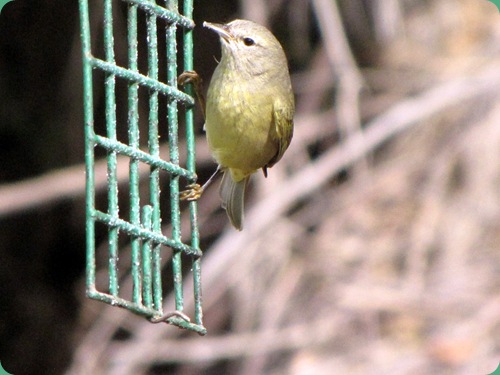 Correct me if I’m wrong but as I said before I don’t have my bird books with me but some on- line identification and the fact that there are many here,leads me to believe this is what it is.

The feeding stations that they have here make things a little easier, as there are benches to sit nearby and wait and watch.One odd thing with the many hummingbird feeders here,I saw no hummers that day.Maybe the cold snap a few weeks before had some thing to do with that. 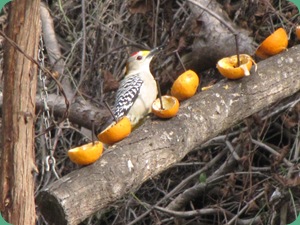 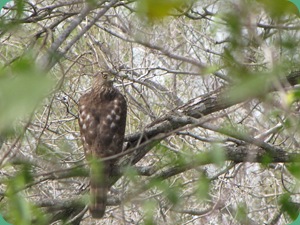 And a couple more characters encountered that morning.That squirrel needs to see Jenny Craig,as he’s had too many sunflower seeds. 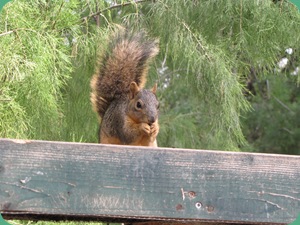 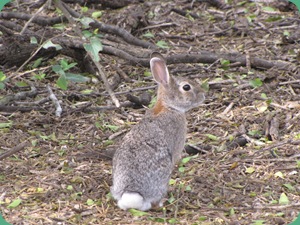 One final thing I wanted to add,that goes back to the night before my broken axle incident when I was at Puerto Arista.Just before dark I looked out to see many birds on the ground around my trailer.They looked like robins,sort of…So I gently slid the screen door slide open and took these shots in the almost darkness. 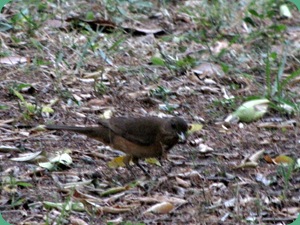 These are definitely not the American Robin that we are used to back home,as they don’t go that far south.So they are probably the Clay-colored or White Throated Robin,it was too dark to get a good look.Even these photo’s show more light than I actually saw.They sure looked and acted like the American Robin to me until I looked it up and discovered that there were other varieties that I wasn’t even aware of. 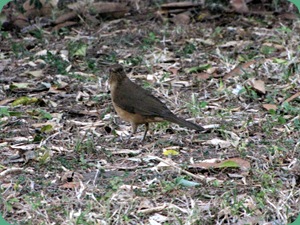 Then in the morning as I was preparing to leave the campground,all hell broke loose with all kinds of birds descending into the trees around me.Magpie Jays and several others I couldn’t identify were all around,including a bunch of Great Kiskadee’s who took delight in climbing all over my truck.Yes and that’s right,my camera was in the truck.

finally below a couple more taken on my final day at Puerto Arista,as I sat out by the lagoon a few feet from the trailer. 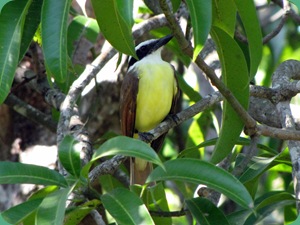 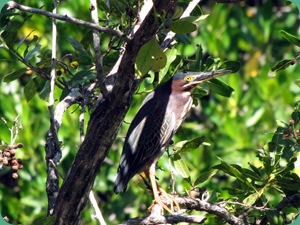 So now doing this post has got me all ramped up to get off my butt and stop watching HBO all day while I play this waiting game.Maybe this weekend I can explore some more birding sites,as there are many more here in the valley.