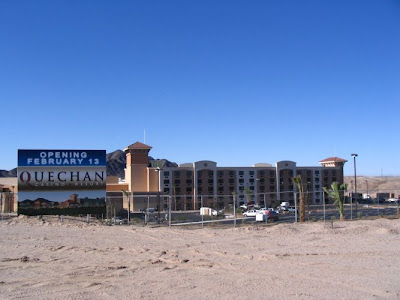 Yesterday finally topped 80 degrees (28c) with a nice breeze(always a breeze)so as we are pulling up stakes in a couple of days and heading further west,decided to make a final trip to town for some groceries.
For the past several years,I have avoided grocery shopping at "Fry's" because of the always overcrowded,long slow line up situation that they always produce,but needed something that they seem to only sell...And that is pre-cooked and frozen...Deep fried country steaks with an 8 serving packet of spicy old country gravy mix...maybe my taste buds are shot but I do like that stuff.You microwave it in 2 minutes along with the pre prepared gravy and your good to go.
And I found nothing had changed at Fry's over the years,still full of old blue hairs clogging up the isles,wondering where to go next. I was 8Th in line at the express checkout.Sheeesh!
earlier the Wal-mart foods had just as many people,but no gridlock.

Yesterday I mentioned the new Casino at the Alogodones/I-8 interchange...above and below is a pic of it.Note its due to open next month.You can see Pilot Knob just behind it. 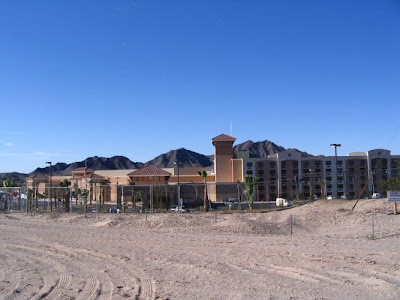 On the way into town I swung by the old Yuma Territorial Prison for a few pic's.I've done it before several years ago and didn't feel like paying to see it again,so just drove around and took a few shots.
Below is the Colorado River taken from the prison grounds,looking north east. 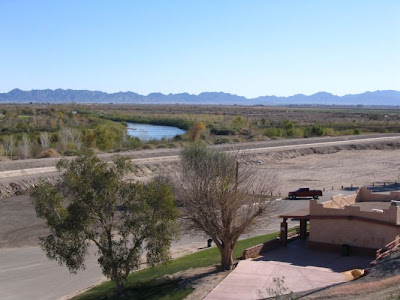 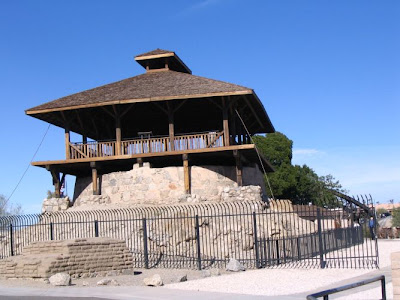 Another view of the prison 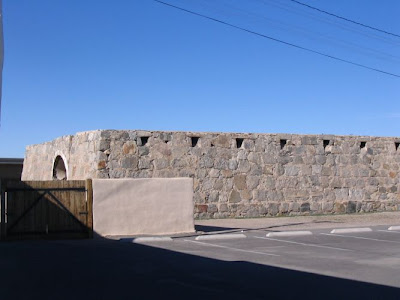 This is another angle taken from under the I-8 freeway,right on the border of Arizona/California.
That little dot on the wall,below the prison and the passing car,is a young homeless girl enjoying the sun. 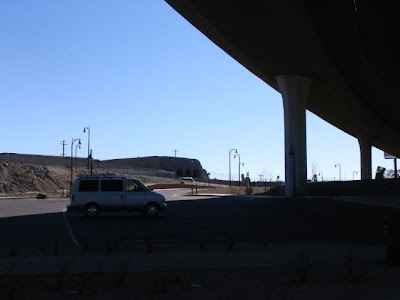 Posted by Wandering Willy at 3:17 AM