The Great Pyramid Of Cholula….Part one

WOW!…. In fact DOUBLE WOW!….Does that grab you?…Well it was only a 30 minute walk from the RV park so I had to trot on down the cobblestone/paving stone street for a look see.

It took a 30 minute walk on this street. 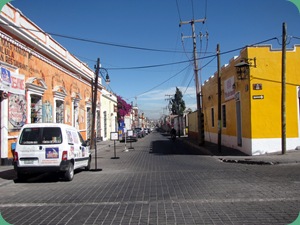 About half way I could see the church on top of the hill. 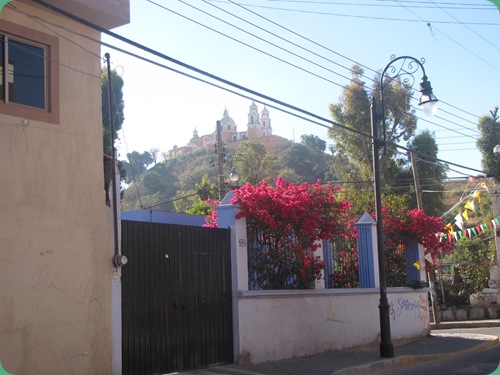 Only thing was the fact that its not really just a hill….Its the largest man made structure in the world,covered in dirt and trees,over time,making it look like a hill.Better still,if interested,just read this clipping of the very interesting history of this pyramid that is larger than the great pyramid of Giza in Egypt…….Below is very interesting read. 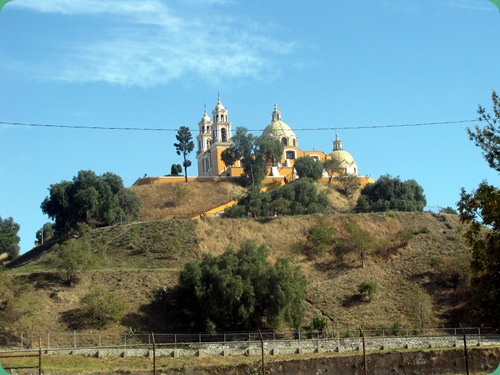 This is a shot taken from the back side.

I climbed the long path to the top first,while I still had energy on this perfect, sunny, low 60’s day.It was full of tourists and locals using it for exercise. 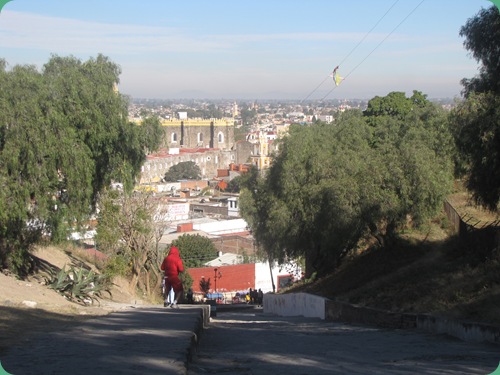 This is half way up the path looking back down to the west side of the city of Cholula.(note the guy in the red hoody)He was doing his “Rocky”in training routine.Punching the air as he went. 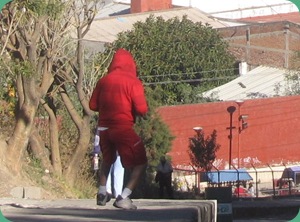 There is a nice grassy area at this half way point in the climb,which gives an excellent view of 2 of Mexico’s famous mountains…..Popocatepetl and Iztaccihuatl. 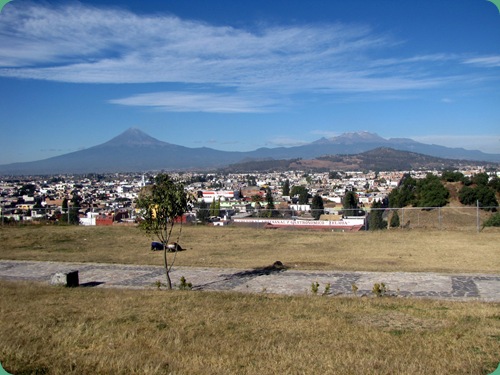 And here is a close-up as you can see the smoke coming out.I was so glad and was hoping for a cloudless morning to see this 17800 ft volcano.

As an added point of interest,Popo made its largest display in 1200 years in December of 2000,just 10 years ago.There were many evacuations ordered by the government. 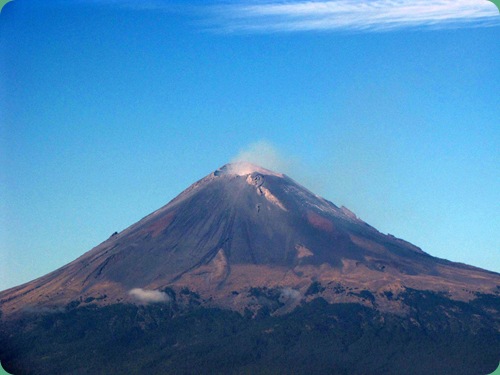 And a close up of Iztaccihuatl below with a glacier on top.It has an elevation of 17159 ft.A couple of biggies. 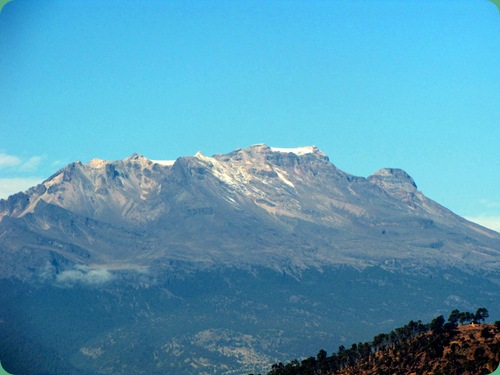 Hey! were forgetting the pyramid,well I’m half way up and huffing and puffing like a steam engine with this 7000 ft rarefied air,but more to come.The church on top of the pyramid is getting closer. 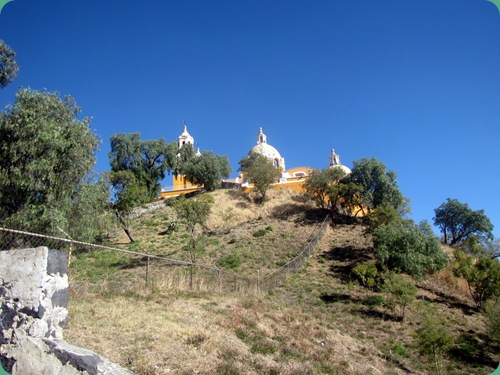 Posted by Wandering Willy at 2:29 AM