The Great Pyramid Of Cholula….Part Two.

The last steep climb up to the church at this altitude, was almost my undoing,but I took comfort in the fact that several young people were resting more than me.Maybe those 40 minute daily fast walks have paid off.If I could just get back to my weights for a few workouts,since I’ve been dragging my Ironmasters around with me all this way.Oh well maybe a New Years resolution.

Below one pooped old Willy leaning on the church. 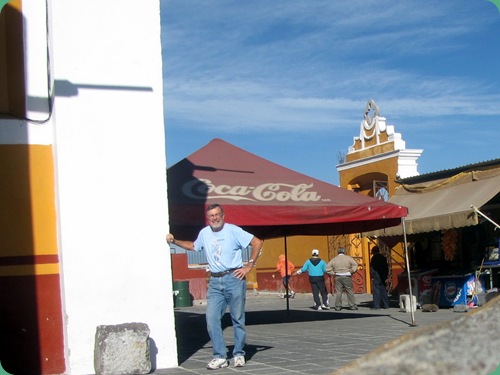 Its a beautiful church recently restored after earthquake damage a few years ago. 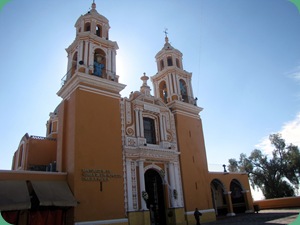 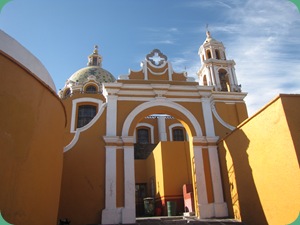 And a really nice interior like all the churches I’ve seen here in Mexico. 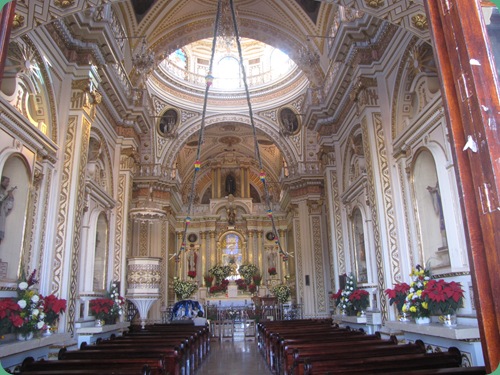 The city has grown around the pyramid and it seems to be centered giving some nice views of the city from the high vantage point of 217 feet.

Below the city looking north. 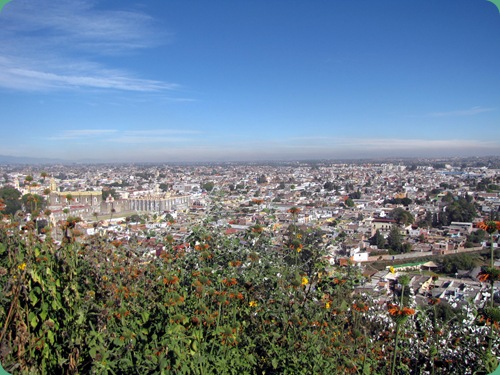 Even a soccer game to watch..Les!….And a hazy look to the east and the city of Puebla,Mexico’s 4th largest at one and a half million people. 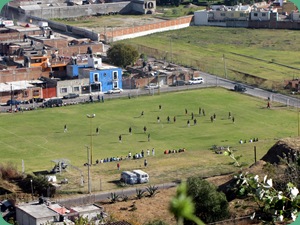 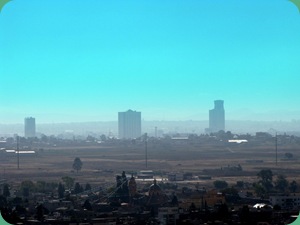 Time to climb back down and go around the base.I made the mistake(don't I always?)of missing the entrance to the grounds below and ended up walking several city blocks around the pyramid looking for an entrance.A bit of extra exercise I really didn't need today. 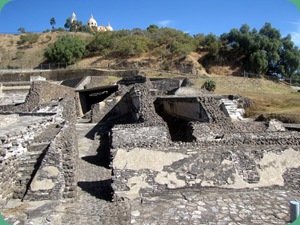 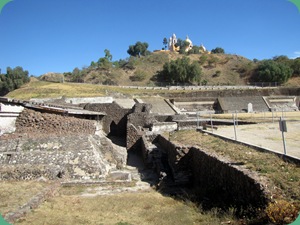 Just some of the restored excavations above.This is a huge area.Just think,the base of this pyramid is over 4 football fields long on each side. 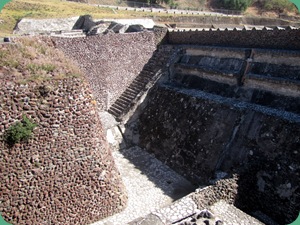 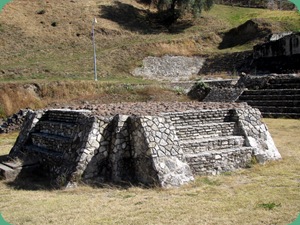 The photo on the right above is of a sacrificial altar.This whole area on the southern grounds is a collection of alters and courtyards.A sad thing is the fact that they sacrificed children when times were bad and they needed things like water during a drought. 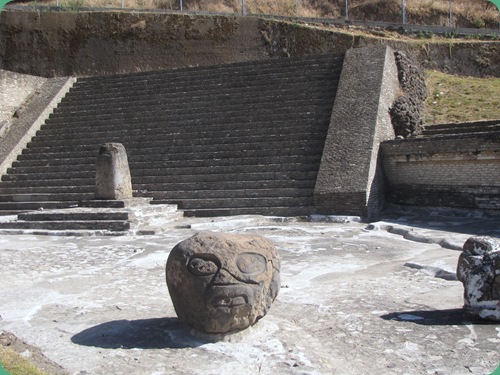 Below is the west side where the largest excavation and restoration has been done.Most of the pyramid has not been excavated unlike some of the others in Mexico.There are 5 miles of tunnels inside,and unfortunately I had to miss this because it was closed for repairs. 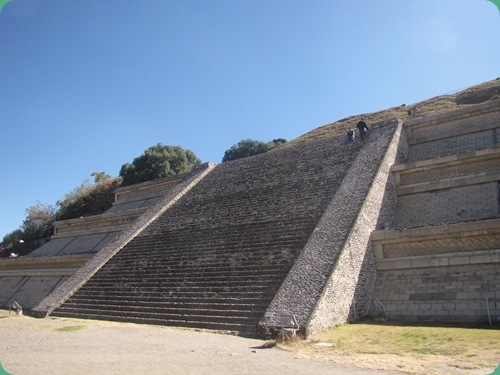 Below is a drawing of what it should look like if totally excavated. 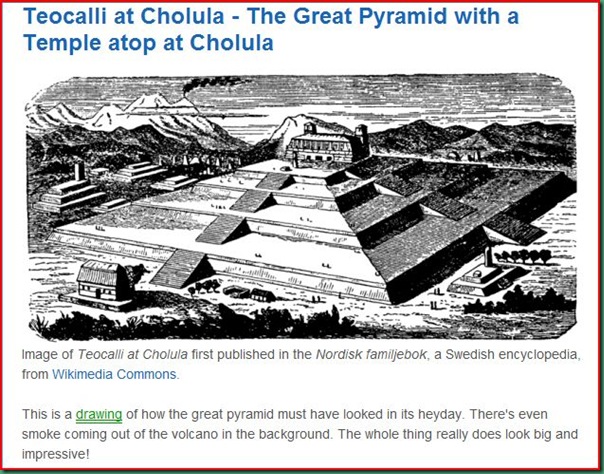 I thought it strange that this pyramid was only rediscovered in 1910 when they were excavating the base of the hill to build an insane asylum.

And the Spaniards conquered the town in the 1500’s and destroyed the church on the hill,not knowing that it was a pyramid.

Having not been to the middle east,and standing on something that was started in biblical times,I found this to be an experience not soon forgotten.To think this was started in the 2nd century BC or earlier.

For anyone interested in really digging into the history of this structure,a Google search brings up many interesting articles.

For me it was a tiring 3 1/2 hours of walking and climbing,finalized by a walk through a different part of downtown Cholula, this pretty,almost suburb of Mexico’s 4th largest city,Puebla.

Welcome aboard new reader Jeff….And a Happy New Year to all.

Posted by Wandering Willy at 3:31 AM