A Little Photo Tour Of The Teacapan Area.

The other day I took a little drive down to the town of Teacapan,a port village of a couple of thousand people about 6 miles away.Its situated at the tip of a long peninsula on a large estuary that runs almost all the way back to Esquinapa.This mangrove filled estuary is full of interesting bird life and is also a great fishing area.kayaking while you bird and crocodile watch,is popular.For me,I’ll bird watch from land.Below is the port area of town.This town has quite a few American and Canadian residents,who have a winter home here. 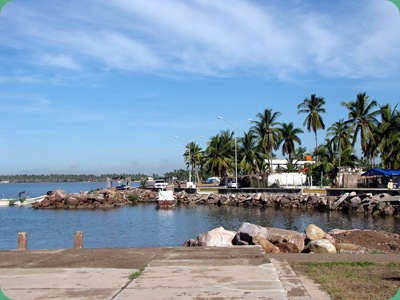 Below is looking a little to the left from the first shot.You can see the open sea starting at the distant point of land.Note the white bird standing on the rocks in the photo on the left.Then a zoomed shot on the right of this Snowy Egret. 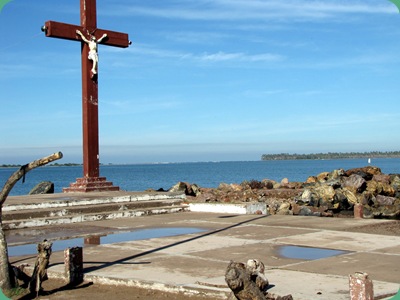 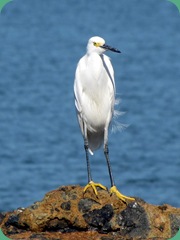 Zooming across the water,to my old stomping ground of past years. 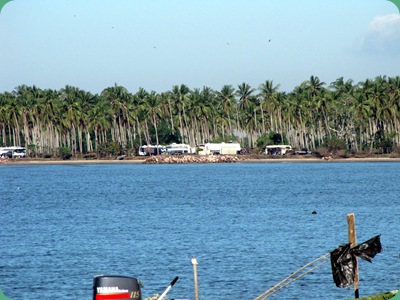 This is what we used to call the (almost free beach).Its had several names over the years,Playa Las Lupitus,Camp Canada,now called Punta Hermosa. 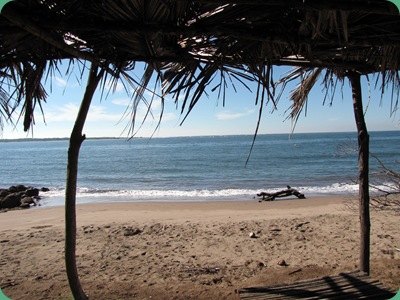 It consists of a couple of hundred yards of nice beach with undesignated parking on the grass at the edge.Some areas have palapas.It costs 20 pesos a day,about a buck and a half,and for services has one water tap and a dump station built by the campers several years ago. 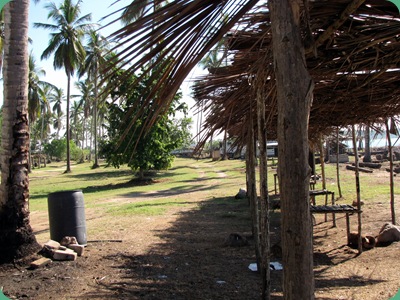 Its been a few years since we last stayed here and I noticed many less people now compared to the last time we were here.What I don't like about small undesignated boondocking sites like this,is the fact that people tend to hog more space than they need by spreading themselves out,usually sideways to the water,rather than nosing or backing in.

In fairness to all,the place will comfortably hold about 18 to 20 rigs,but some of the old timers like to come early and stake out enough land around them for several units,cutting back severely,the available spaces.This is just an example of some of the politics created by the people I call (Resident Gringos)The old timers that come to the same place every year and think they own it,and want to make their own rules.Many RV parks down here have these people and its a sore spot with many of the more resent Mexico travelers…RANT OVER. 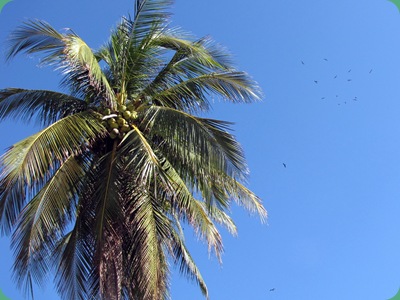 You have to watch where your walking around here as the trees are full of coconuts and this is an old plantation.One time I saw an RVer park under one of these palms as it was a bit crowded that day,and it didn't take long before a coconut came down onto the top of his slide,doing a bit of damage.Also in this shot is a flock of Frigate Birds soaring. 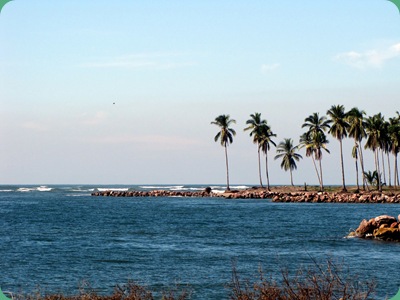 Here’s another shot above, zoomed out to the open water just outside the estuary. 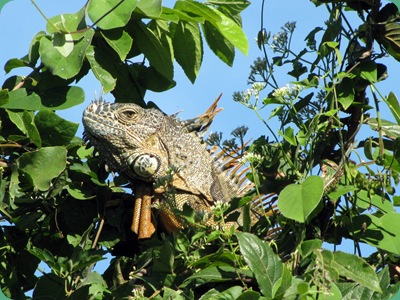 And I spotted this guy sunning himself in the trees as I was driving back out to the highway.This is a good sized Iguana,several feet long. 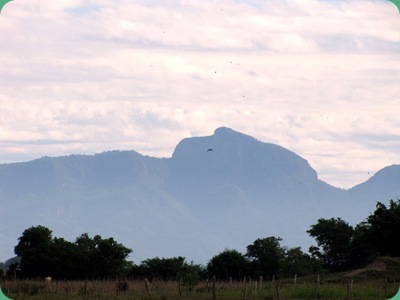 This mountain in the distance always caught my imagination and others have had the same thought about it.

We call it Mt George Washington.If you use your imagination,it does look like an outline of George Washington’s face, lying on his back looking up…..Don't you think?…Re the photo of the family begging in yesterdays blog,I didn't mention that it was a blind man in a wheelchair.

One final thing…several months ago I was having trouble with the “Fonts” always changing on me every time I change a paragraph position or add a photo.Now I see the problem is back.I even went to my dashboard settings but it didn't solve the problem.I got help before from one of you, but I cant remember what the solution was..I just want it to remain at bold #14…Frustrating.

Posted by Wandering Willy at 4:29 AM