Not wanting to create boredom(aka being forced to watch someone’s home movies)but with all the scanning of old slides and photo’s,I thought I might be able to dig up enough photo’s of past camping/RV trips. 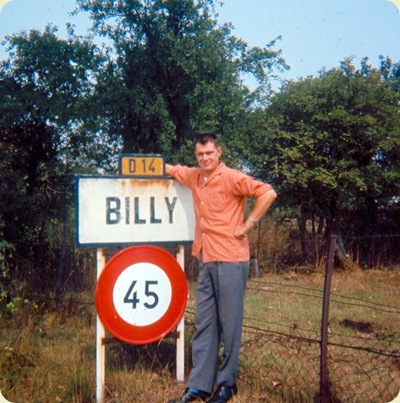 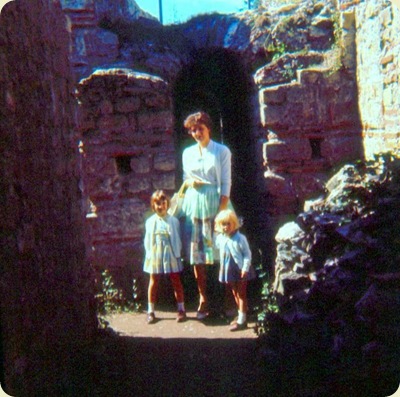 Back in 1962 when with the RCAF,I along with my family was transfered to Marville France for 4 years.

With a whole new continent(well at least some of it at that time) to explore……decided that it was a good time to start getting out on camping trips. 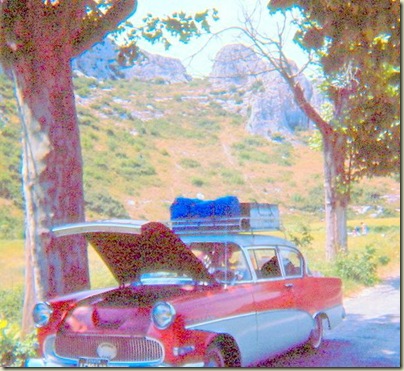 I believe one of these shots were taken on a one day excursion into Spain from our campsite in the south of France.All I remember was that it was a scorching hot August day. 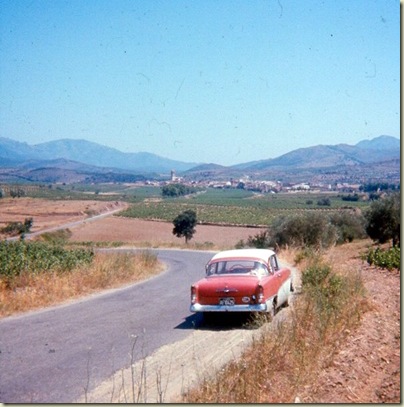 The rest of the photo’s were taken in the last year when we had our brand new Vauxhall Viva(export model)that we selected as the car to take back to Canada with us.It cost a whopping $1250.tax free,back in 1965.

We shipped it from the port of Le Havre France, a few weeks prior to flying back and it was waiting for us at Trenton Ontario when we arrived. 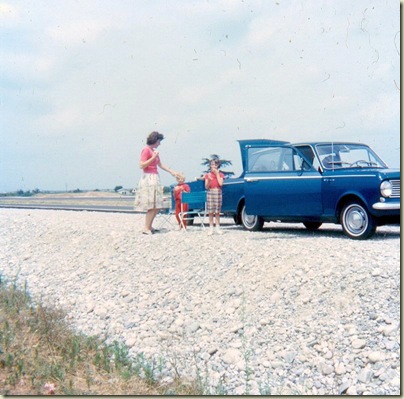 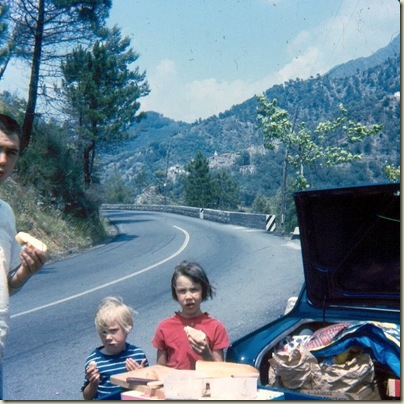 It always seems that in those days we just stopped on the side of the road to eat,just like the locals.Note the small trailer we are pulling.It plays a big part in our future travels. 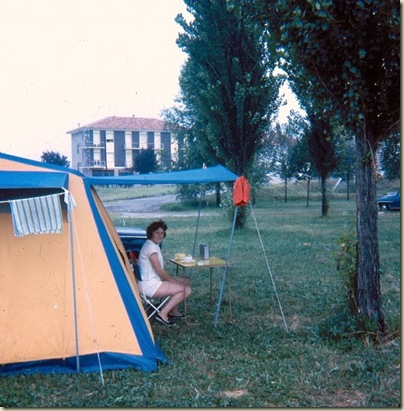 Here’s Marlene eating again, in a campsite in northern Italy.That is our 2 bedroom Belgian tent which will also play a big part in our future travels.At this point its already 3 years old and comes with an interesting story.

It is the reason why I ALWAYS use a check list since those days, because on our first trip from our home in Belgium to the south of France,I left the tent poles in the closet and had to drive all the way back to get them.It was an all night run after driving south all day.Sure couldn’t do that now. 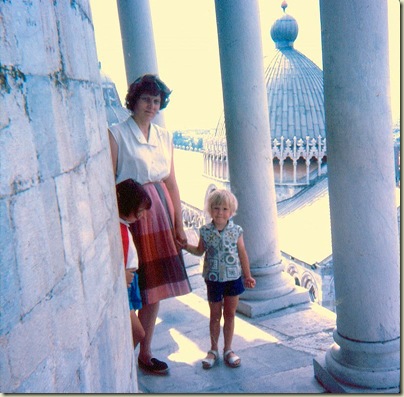 Here we are up on the leaning tower of Pisa.You notice its an open drop between the pillars,that’s why Lynn is clinging to the wall.I don’t think nowadays that you are even allowed up on the tower.It was quite an experience climbing a spiral stairway on an angle,sometimes you felt you were going down depending on which side of the lean you were on. 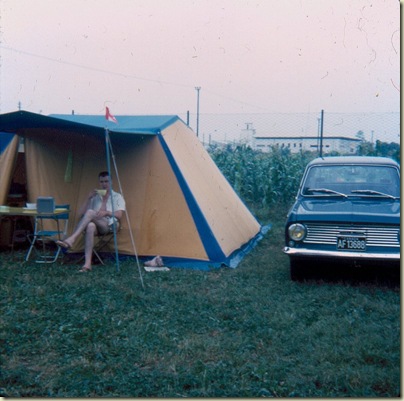 Willy having a morning coffee in our campsite near Venice Italy. 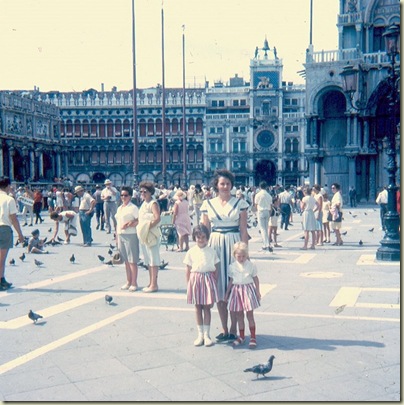 The girls in Saint Mark’s Square,Venice. 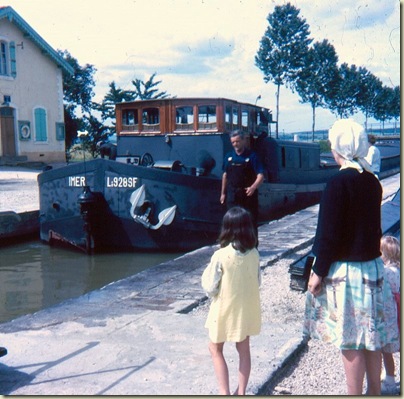 And finally back in France watching a canal boat going through the many locks.

We didn’t travel through too many countries during our summer holidays,as like now we always headed south to the Mediterranean coast.But we did see 8 countries.

And a final note,both girls came back to Canada,fluent in French as they both started school there,but completely lost it a year later….To bad….no place to use it in Moose Jaw Sask.

So all of these photo’s are scanned slides,and its been interesting doing this post.I must thank daughter Kim for doing these scans a few years ago on a cheap scanner designed for slides.It was a lot of work but sure beats getting out the old projector.I guess I sucked her in offering to buy her a scanner if she would spend a winter doing the project while I lay on a Mexican beach……sigh!…..what can I say.

The next part will be Canada the early years.Hang on we’ve been Camping/RVing for 47 years.I’ll keep them short as all I’m trying to do is show all the different mode’s of transportation and types of RV in those camping years,not all the places we went.

Posted by Wandering Willy at 4:31 AM