The Countdown For Heading South Begins.

With a little more than 2 weeks to go,I’m ramping up my enthusiasm for the 12th winter trip south since starting the snowbird lifestyle.Most years at this time,the weather is snowless going over the hump into northern California,but occasionally We've had to divert at Grants Pass Oregon and go out to the coast at Crescent City Ca.

In the past few years we’ve found the preferred route to be a left turn at Seattle and over the hump into the Yakima Washington area and down to Pendleton Ore.(Staying overnight at the Indian casino free parking area)then travelling the I-84 through Boise Idaho to Twin Falls,then straight south on 93 to Jackpot,on the Nevada border,where we make our 2nd free stop at the Casino.(Both casino’s have inexpensive RV parks also.)

Then the 3rd day consists of a very quiet but great 2 lane highway through desolate country,straight down through Nevada.The 3rd night usually is a stop at the Chevron station in the small town of Alamo,or a little further down the road is camping at Pahranagat Lakes.Shown below is the Chevron station 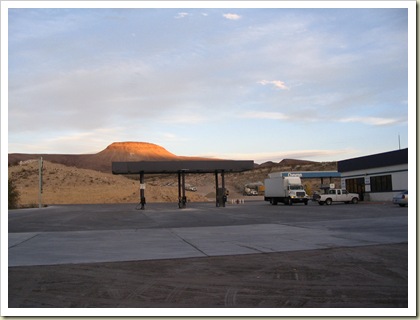 And below is the parking area off to the side(you have to watch where you walk in this area as a lot of dog owners are spoiling it for everyone.Need I say more? 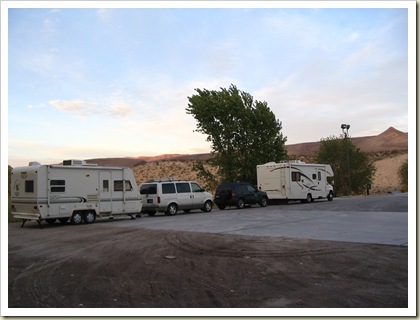 If you want to travel a couple of hours more,you can reach Las Vegas, or even closer is the Valley of Fire State Park,near lake Mead.There is also a free boondocking spot just south of the town of Overton,which is near the park.So you see,old Willy takes the thrifty way of overnighting,using the free casino parking as much as possible.In fact some years I leave home later in the morning and only travel to Marysville Washington,and stay at the Tulalip Casino.Coming home I make my last stop there also,so as to do the final 2 hours in the early morning,giving me the day to settle back in at home and get over the stress of the border crossing, like last year.But that’s a whole nuther story that we wont get into. 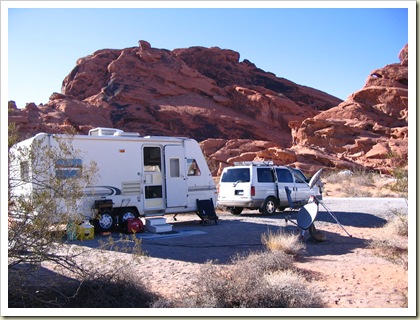 Getting back to the I-5 route south,I used to stop at the 7 Feathers Casino in Canyonville Oregon,but since they stopped using the big parking lot for free RV use, and have relegated us to a smaller one,that fills fast,I’ve been bypassing it.Also the timing for a stop there,isn’t right,as coming north I find myself there at noon.And that’s coming all the way up from the Rolling Hills Casino near Corning California.And speaking of Rolling Hills, 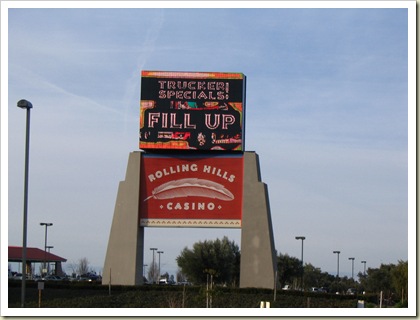 Here it is.This is the parking area below.They also have an RV park. 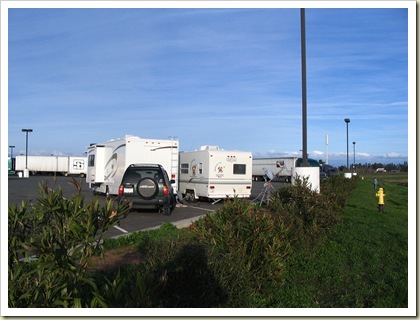 And my final stop before heading east from Bakersfield on 58,is a little off the highway State Park called Col. Allensworth. 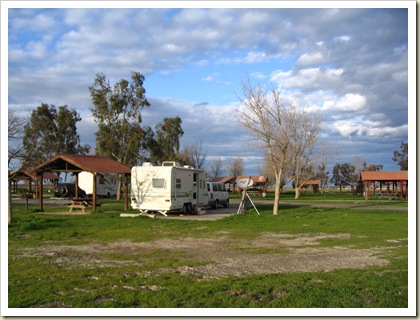 This little park is always quiet in spring and fall,sometimes we have been the only ones there,which can be a little un-nerving at times,but its always been a favorite.($10.a night)This park is located off 99 at Earlimart,just an hour north of bakersfield.Its about a 20 minute detour off 99.

So those are the 2 routes that I travel.Which one this year?That's decided at the last minute,when I check the latest weather.As a final note,last year we discovered a nice little RV park in central Oregon,on I-5,that suits us better than 7 feathers.Its just south of Eugene,called Pass Creek RV. 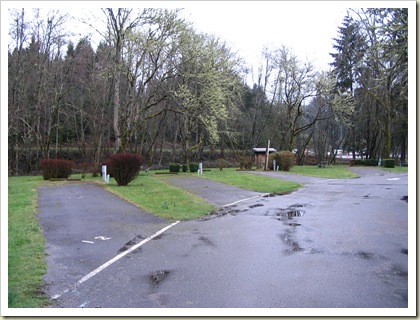 Posted by Wandering Willy at 6:47 AM