Continuing My Countdown (To the Desert Southwest)

The last blog entry covered 2 of my choices for getting from home to down south.Now that we have arrived in the warmer climes,(blog wise),I want to feature a favorite little spot that we have visited many times,usually at the beginning or end of the winter season.I missed it last season but will try to make it this year for a few days.

Its called Kathrines Landing,and is part of the Lake Mead Recreation Area.Its actually on Lake Mohave,just up the hill from Laughlin Nevada/Bullhead City Arizona.Most RV’ers gravitate to the casinos and parks down along the river below.This camping area is behind the Davis Dam and only a 15 minute drive from downtown. It has a nice marina area and a second campground that is full service,but seems to be only open in the summer months.Note the fish in the foreground of the photo below. 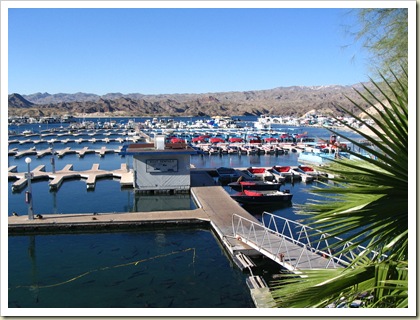 The carp actually sit motionless with there heads out of the water,looking for food.The mallards don’t seem to mind as they want food too. 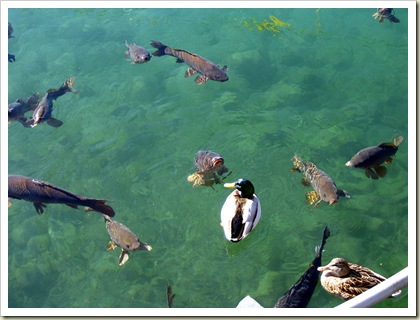 This park was at the last visit, a $10.00 a night park with a small park entry fee extra.We have always found it only about less than a quarter full in early November,but even when we have stopped in late February going home have still been able to get in. 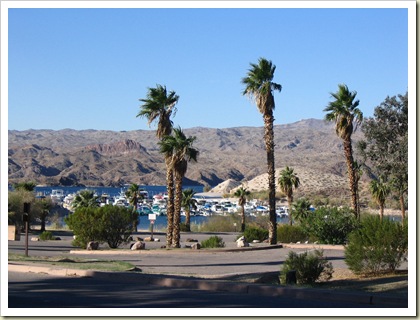 The campground has I believe around 100 sites in 3 circles,one being generator free.Usually one circle is still closed off in November,opening up around Thanksgiving weekend. 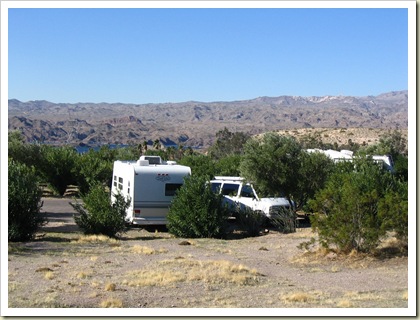 The campsites are a little short but quite wide.I was always able to squeeze a hooked up trailer and the van in just barely,which is close to 40 ft.Side by side parking is more than ample.The area is crawling with Roadrunners.Watching 2 of them having sex one spring was well worth the price of admission. 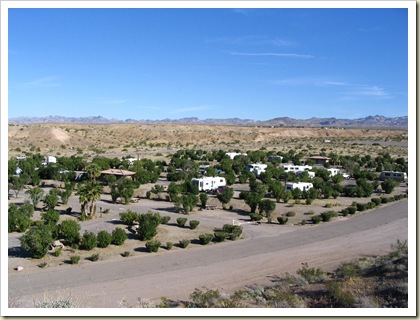 You can see the circle in the foreground closed off.This campground has a double dump station and big garbage dumpsters.Water taps are are scattered around each camping circle.(not in each site) 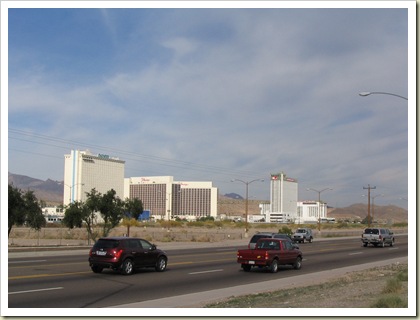 And down the hill are the Hotel Casinos of Laughlin Nevada. Bullhead City has all the services including all the big box stores,so its a nice area for a little stay. 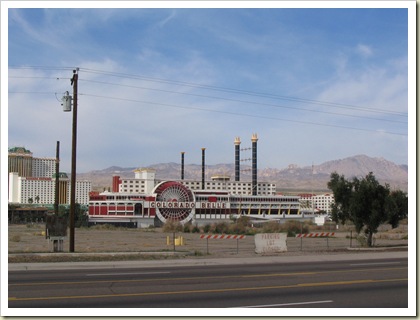 On a final note and off the subject,to you fellow bloggers on my list……On several occasions I’ve attempted to add a comment on your blogs and it seems most times I have trouble getting it to go through.I usually use my Google account but some times its just not recognized,so I give up.Yesterday morning I composed a fairly long one to Rick’s blog and it failed then self-destructed,so I gave up and quit…..Any easy answers?