Our Little Red Crab And How We Got It. Part 1

Until I get back on the road in a week and a half,I’m digging deep into the cobwebs for blog ideas.I want to try and keep the Mexico theme, 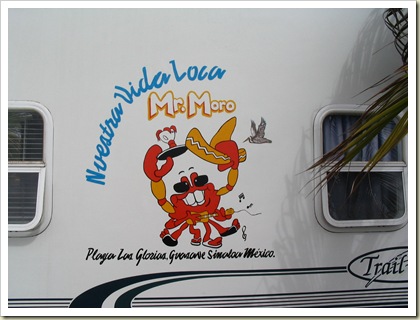 as most of this winter’s blogs will be on my Mexico travels.Above you can see our Mr. Moro crab (congrejo)that we had painted on, in the winter of 2006.There is a smaller version on the back of the trailer also,so I’m recognizable everywhere I go. 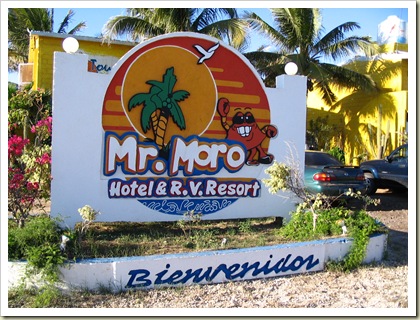 This was one of those winters when we just went to one place and stayed for 2 months.Its a place that’s fallen out of favor with me the past few years,mainly because of the caravans that frequent this fairly tight campground.Most of the caravanners are nice people,but they tend to take over.I guess my biggest peeve is the fact that with a small trailer,my site is an easy route to cut through.Its like parking on a city street with a busy sidewalk,if you get my drift.I don’t know how many times I’ve had to re-point my satellite dish because someone cutting through,bumped it. 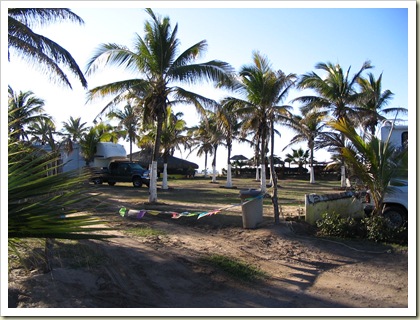 Then we thought,why not go down to Mr. Moro’s at playa Las Glorias Sinaloa,for a few weeks after New Years,so off we went,crossing at Sonoyta/Lukeville just 25 miles away.

It took 2 days to get there,stopping overnight behind a Pemex station on the outskirts of Vicam,just west of Cuidad Obregon,in the truck parking area.It was well lit and we were the only RV along with a couple of trucks,but that didn’t stop a punk kid from trying to steal something.We were tired from the long day’s run and went to bed early.I guess he figured that we weren’t around and tried to get the ladder off the roof of the van.It wasn't until he tried to open the hot water tank cover under my bed area,that I woke up and let out a yell and a few curse words as he took off out of there at a pretty good clip. 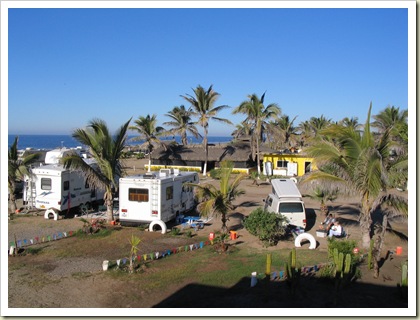 In all our years travelling Mexico that was the first and only time that we ever had trouble parked in a Pemex Station.I didn’t know he had loosened the ladder until we were back on the highway and heard a clunking sound coming from the roof of the van.This hasn’t stopped me from overnighting in Pemex fuel stations,as most of them are like the US truck stops,with plenty of room.

To be concluded in part 2

Now a question.Friend Kathy(Birding by Shantz) has asked a question on her blog of which I would like an answer also…..Is it possible to “lock” the “fonts” to one setting in live writer?

Posted by Wandering Willy at 7:04 AM