My Visit To The Desert Springs Resort & Spa...Pt 1 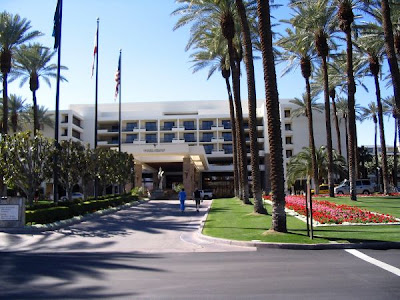 The Coachella Valley is a 45 mile stretch of cities, towns and unincorporated communities,running from Palm Springs to the Salton Sea.
This area has 9 cities all linked together with a population of just under a half million. And somewhere in the middle of all of this is the city of Palm Desert,and Country Club Drive with all the Golf courses and Racket clubs.
Its quite an experience for a country bumpkin like me to drive around among the rich and famous and take in how they live and where they live.
I've never seen so many luxury gated communities and golf courses lumped into one area like this.It just oozes with the look of wealth 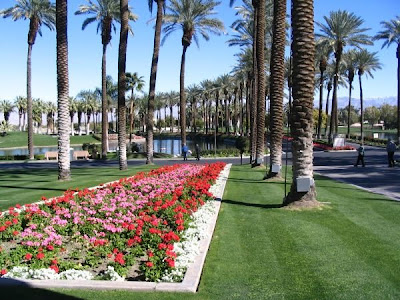 10 years ago on our first snowbird trip south,Marlene and I were told of the Mariott Hotel complex here,and were told that it was a must see,and so we did...and were very impressed.
Given that..10 years later,I wanted to return for another look and yesterday I did.
There are probably nicer, more exclusive places on the planet,but I like this one. 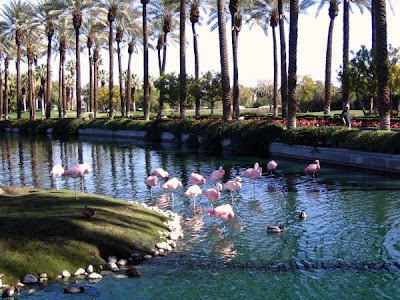 The complex is surrounded by a golf course and has a large waterway system between the hotel and golf course,including many ponds and swimming pools.The above pic is a pond out at the entry road full of pink flamingos and ducks.The top pic is a distant view.

Some of the flamingos (below)sleeping and standing on one leg. 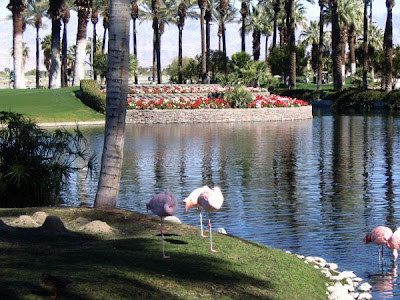 Below is the main lobby,7 storeys high inside with a connection to the waterway out back. 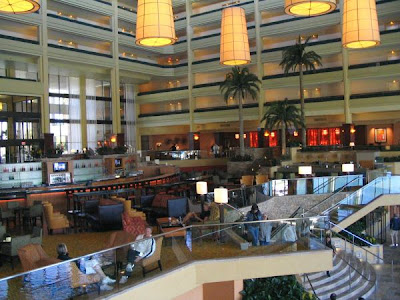 Below is the waterway taken from inside the lobby.Both these pic's taken from the same spot.
Some Mallard ducks were even inside swimming around and a Canada goose was steaming up the glass window of the exit door as I headed outside,he wanted in too,I guess. 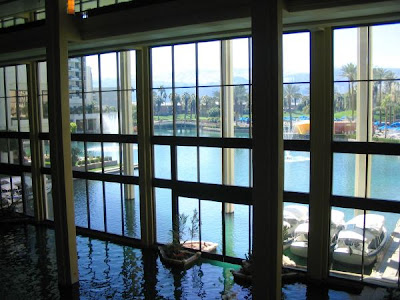 Below is the same area taken from the outside.This hotel is in a large wide U shape,so most of the pools and waterways are on the inside of the U. 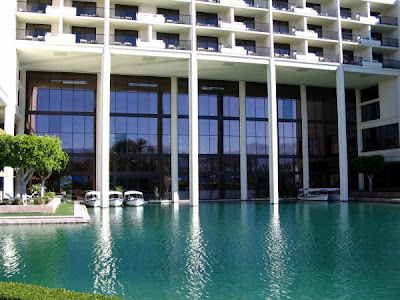 In Part 2 we will tour the grounds back here.

Posted by Wandering Willy at 4:14 AM