A lazy Day Wandering Around With My Camera

The days have been very warm and muggy lately,with the past 2 days in an overcast with no wind but still in the 80’s.These are like the “Lazy Hazy Days Of Summer”except it’s late November.So other than my usual 40 minute fast walk/slow jog up the beach and back every morning at 6:15,I do nothing.I guess its called being all “Beached”out….I love it. 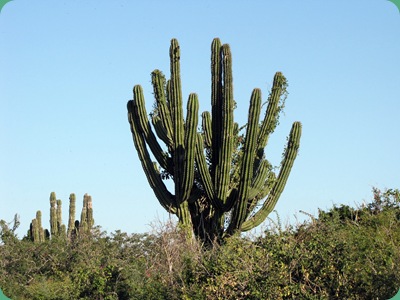 As you can see the area around here is quite bushy,so I thought i would see what birding I could do the other morning. 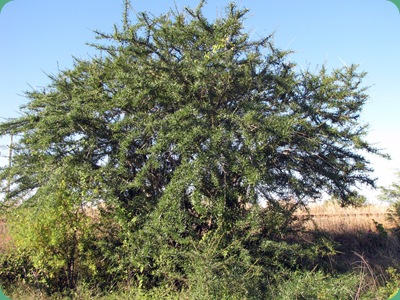 Some weird types of trees,this one appears sort of spiny. 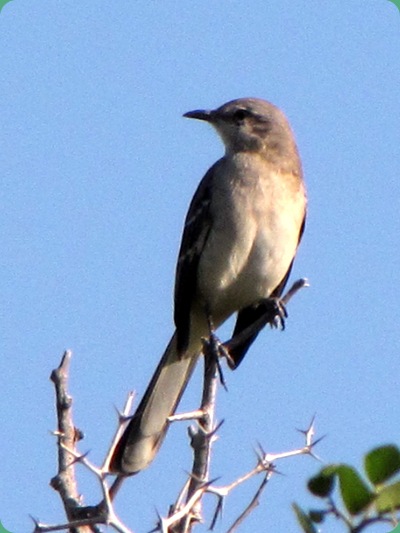 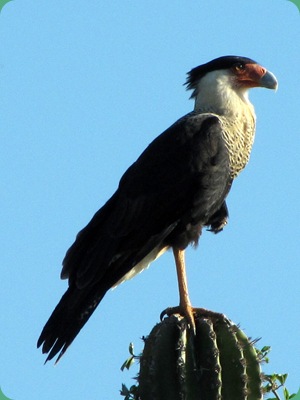 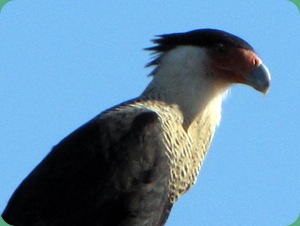 And this Crested Cara Cara looking for some breakfast.These guys usually hob knob with the Turkey Vultures and can quite often be seen along the roadways,doing what birds of prey do. 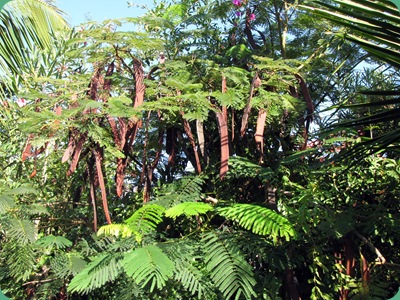 We are not in jungle country yet,but this shot taken in the campground,sure looks like it. 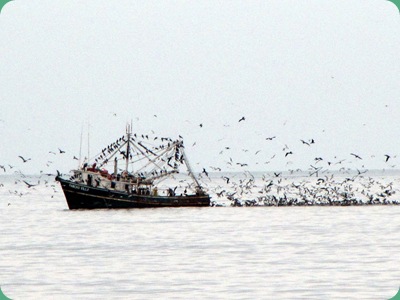 yesterday morning I walked down to our patio area hoping to maybe see some dolphins,as they are usually seen every day frolicking just off shore.But no luck,but noticed this fishing boat quite far out,so I zoomed the camera and found it to be just covered with birds.I couldn't see them with the naked eye. 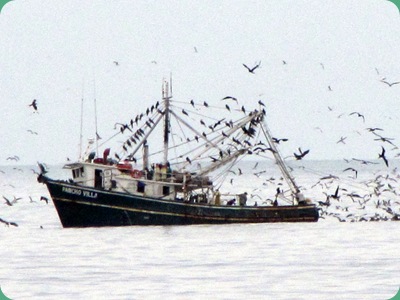 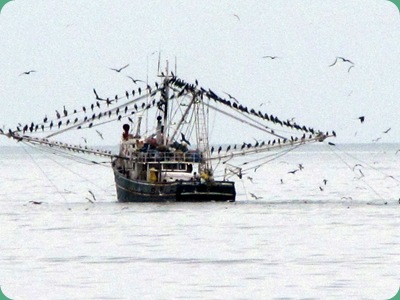 As it swings away,a different view.The Frigate Birds are continually soaring and I’ve only seen them land during nesting season,when several years ago I had a chance to look into a nest full of young,up at Bird Island.

One other time I had one fly down and brush my shoulder as I stood on the beach in front of a net full of fish.They will come down and try to pick up food on the fly. 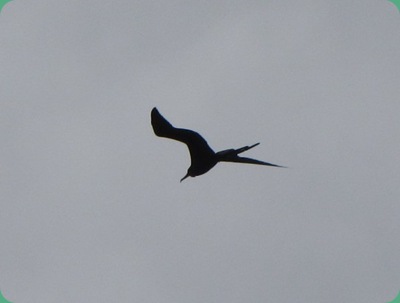 Here’s one flying over.Yesterday many were soaring together in a big circle picking up the draughts on a still day.Its interesting to watch how they use their forked tails to turn.

Today I’ll go into the nearby small city of La Cruz again for some shopping as I prepare to leave Sunday for the Teacapan area,which is further south about 3 hours drive.This hopefully will be the area that I will settle into for the month of December.Then in early January I’ll be doing a lot of travelling,almost every day as I venture further south in this beautiful country.

Posted by Wandering Willy at 2:36 AM