It was supposed to be a simple procedure and I was well prepared,getting advice ahead of time from many others in the know,who had done this many times,as I hadn't done this before.

I like to have all my ducks in a row,that's why I dealt with my awning problem one day and getting the truck serviced on another.So…Thursday was the day I picked to get my Satellite Internet system changed to a different satellite assignment that can be used in Mexico. First,I sent a PDF copy of the request form to Galaxy Broadband in Toronto,via e-mail at 5am,which would be 8am their time,then I waited,had my nice big breakfast of bacon and eggs and fried potatoes with a little cole slaw on the side.(I rarely do this)I’m a cereal guy. 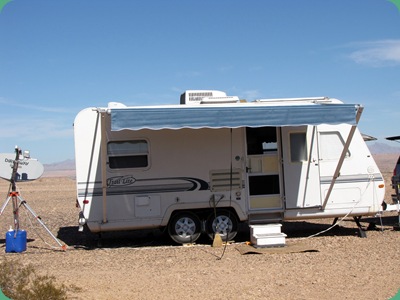 By 9:30 a.m,I noticed the system light on my modem had gone off.(there are 5 lights that must be on if its working properly)so I knew that they had decommissioned me as per my request.Time for Willy to get down to business and start the registration installer procedure for the new satellite, from a program on my computer.It all went according to plan until it asked for my pin number.I put it in and it was rejected as incorrect….Hmmmm…Well,thank goodness for my cheap Tracfone,still with 160 minutes left on it.I got straight through to a nice young lady who checked and found that they had somehow given me 2 pin numbers during my sign-up process,but only told me one of them.So we tried the other and it worked.Thanking her I hung up and carried on and completed the process.

Now it was time to re-point to the new satellite and get a strong enough signal to pass what's called a cross-polarization.This went without a hitch…Boy! Just like shooting fish in a barrel,I thought……NOT! 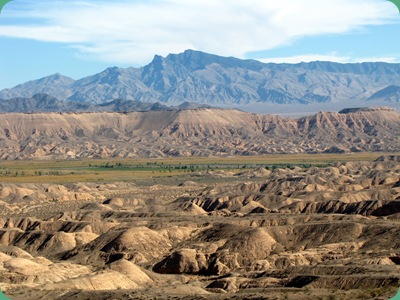 Something was wrong,I passed with flying colors but still couldn’t get on line.Even a forced range didn't work so back to my handy dandy Tracfone..(Boy!what a wise decision to buy that).This time I got a fellow named Jerome at Galaxy and we started what turned out to be a 4 hour folly of trial and error where he had me on one line and a tech from Hughes on the other line for the better part of 2 of those 4 hours .The other 2 hours was him going through things with Hughes while I waited for him to call me back.We tried every transponder available on Satmex 5 and got erratic pass/fails on the cross/pol and even when I could get a solid pass,it still wouldn't connect me. 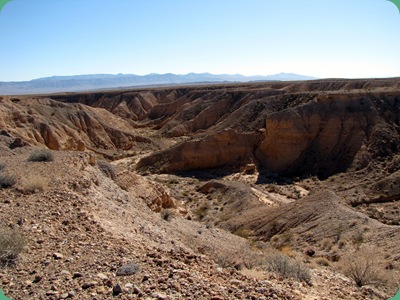 Finally he says that they have an unknown transponder that's used for problem occasions,and we started the process for the umpteenth time,he also suggested that I bypass my router to make sure we have no weak points.And finally we have success.Jerome admitted to me after that he was probably more relieved than I was to see this come to a conclusion.So he had me load up lots of on-line pages,and to send him an e-mail etc,and everything worked fine.After hanging up,I looked and now had 19 minutes left on the phone.

So I reconnect my router(Linksys) and start surfing….OH OH!I’m off line again….What the heck is going on? So again I bypass it and everything is ok…So, was some of my problem the router all along?maybe,but my computer was reading the modem through all of this and the router is the only link.And the crazy thing next was that I couldn't get into the router,it wouldn't accept any known password,so I reset it to factory specs,and still couldn't get in.

By this time I was in agony because I had stubbed my toe the day before and re stubbed it during the running in and out of the trailer to re position the dish.So gave up and went to bed frustrated and sore,but not before sending off an e-mail for some help from Barb Nolley in Yuma who had set up this router for me 2 years ago. 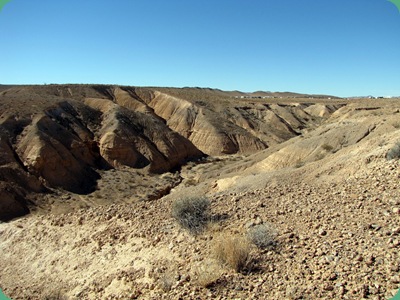 2 ibuprofen and a good nights sleep fixed the sore toe and refreshed the old brain as I got up early yesterday,determined to do something about that damn router(I like doing my morning computing from a warm bed,not sitting at the dinette).A reply was waiting from Barb,she said that with Vista she has found that sometimes instead of a password just type in “admin,”in both places,and that worked,I got in and reconfigured it with a new wep key(all this didn't go easy but I finally got it done.) So time to wash up and have breaky…..Oh no!..No hot water.Cant get the hot water tank to re light.This tale of woe is to be continued. 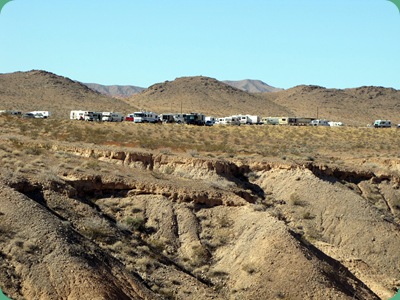 In these last 2 photos,you can see more parking space across the badland.The photo above is a long view of the same shot.You can just barley see the rigs on the ridge.All these shots were taken from within several feet of my trailer.Its all flat table land above badlands and I was told its an old staging area for heavy equipment when they built the nearby Hoover Dam.

Its been hot since arriving here,always in the 80’s with no breeze,making it just a wee bit too warm for me.The night time temps are staying close to 60,which is pretty good for the high desert this time of the year.

Posted by Wandering Willy at 4:43 AM