Nothing Ever Seems To Go Right.

I must have the luck of the “7 snotty orphans”because if it involves me,it’s rarely an easily solvable problem.And such was the case yesterday morning when I arrived at the RV Repair shop in Quartzsite. 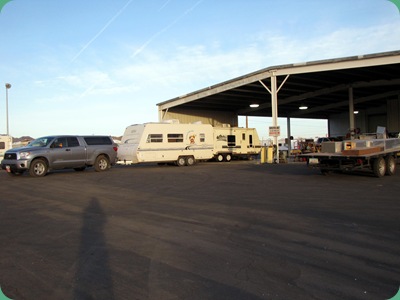 I arrived just as the sun was rising at 7am local time.6am to me,I refuse to change.I was instructed to back up to the bay opening where I waited half and hour for one of the RV Techs to arrive. 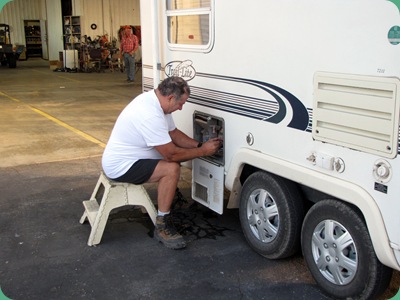 This nice fellow got started,not knowing what was in store for him.He disconnected the gas and pilot assy,then tried to remove the faulty control valve,but it wouldn't budge.It was threaded in tight.Nothing would make it move.Finally it just sheared off, leaving a stub to get a pipe wrench on, at an awkward angle.

Now there were 2 Tech’s with a pipe wrench and a long bar.The whole tank was trying to turn.Finally a small bit of movement and success,and out it came. 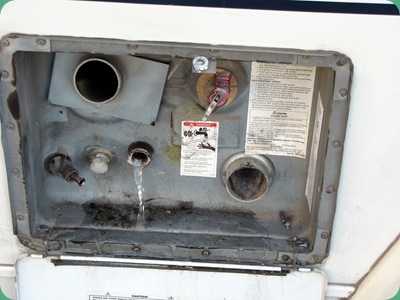 The boss told me before hand that an exact replacement valve is no longer available and a newer style retro-fit would be installed.Well this didn't work out either as there was no way the recommended replacement would fit properly,in fact it would stick out so far as to make it impossible to close the door properly.And trying to hook up the gas line a near impossibility…….So guess what comes next….Yup!..A new tank.Well, it was my suggestion as I could see this was getting time consuming.

The price of a new tank was just over $300,about the same as the awning fabric had cost. 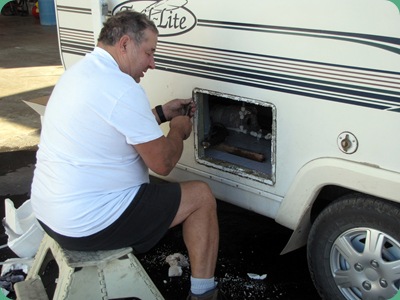 Here he is pulling the remainder of the tank out.He must of loved me hovering over him through all of this.No pictures of the gaping hole and the water that got into my storage compartment around the tank,soaking a blanket that was there. 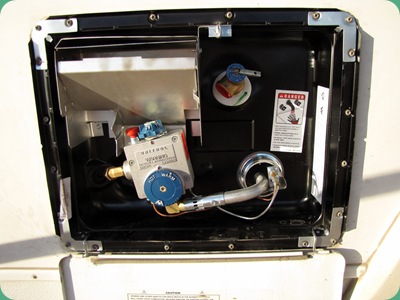 While all this was going on,the tech was telling me about the owners of this place.That they are heavy into the dune-buggy business also,in fact hundreds of thousands of dollars worth.I noticed there seemed to be just as much action with the buggies as there were with the RV’s. 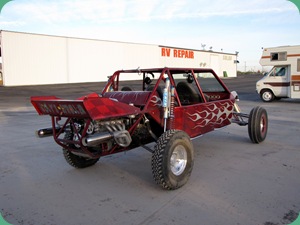 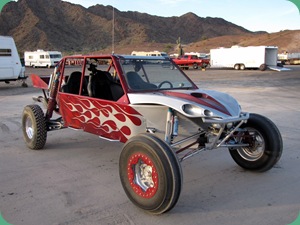 Then there were two. 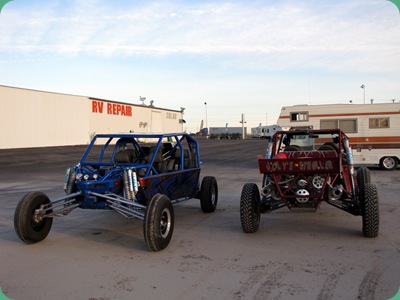 I finally got out of there after 3 hours,and just under $500. poorer.I see the new Notebook that I wanted to buy,slowly slipping away as the repairs to the old Trail-lite keep mounting.I think the old girl is trying to pay me back for dragging her up that rough 900 mile,round trip of gravel and dust,called the Dempster Highway, last July in the Yukon. 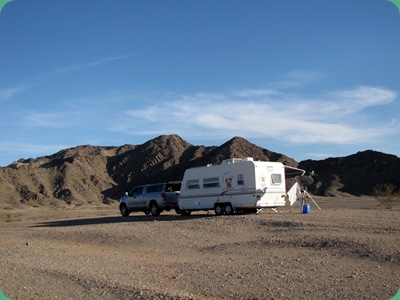 I’m now parked at Pilot Knob LTVA near Yuma.This must be about the 20th time that I’ve been parked here over the years,and although its a barren spot,I’ve always taken a liking to it with its proximity to Yuma.I don't like the dusty 14 day free spot down the road,and would rather pay the 40 bucks for two weeks and have the use of the garbage and the little bit of security that the hosts provide.And you don't have clowns with their ATV’s screaming through kicking up dust.

It was well into the 80’s when I arrived just before noon yesterday,and no cooling breeze.And on top of that I found that I couldn't get any water out of the hot tap.So with much frustration,experimentation and wasting of precious water,found one of the bypass valves was in the wrong position.

Something’s still not right as the pump takes 3 times as long to build up pressure and shut off,than it did before.Something for my little brain to work on during my stay here.As if I needed it.